Something strange is happening in Short Creek, the desert home of the Fundamentalist Church of Jesus Christ of Latter-Day Saints (FLDS).

In recent months, onlookers have begun to notice a quiet exodus as members of the racist Mormon breakaway sect move away from Short Creek — or, more formally, the twin cities of Hildale, Utah, and Colorado City, Ariz. — for other states. According to various news reports, FLDS members are now showing up in Idaho, Colorado, Nevada, Texas and South Dakota.

In Pringle, S.D., whose official population is 112, droves of church members have recently moved into a single compound in what may be the most dramatic example of the unannounced exodus. Already, about 200 to 250 people reportedly live there, and the FLDS has permits for six new residential structures with a total of 61 bedrooms on the site.

While it’s hard to tell exactly what is happening in FLDS-dominated Short Creek, the departures seem to have been set off by a federal lawsuit filed last June. The suit accuses municipal leaders of both Hildale and Colorado City, including police officials, of operating as an “arm of the FLDS” and discriminating against non-FLDS members.

According to the suit, the Colorado City Marshal’s Office carries out the “will and dictates” of FLDS leaders, including leader Warren Jeffs, who is currently serving a life term for raping two underage girls. But there are other developments that complicate the story. 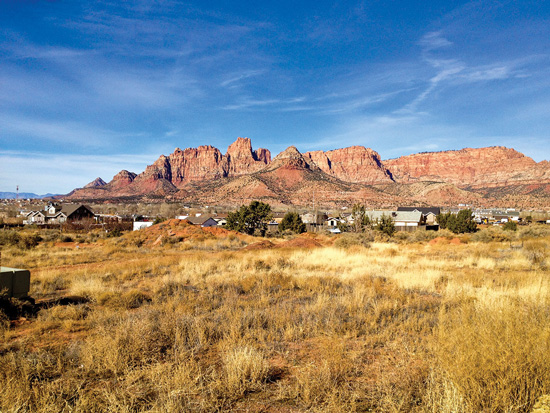 The city of Hildale, Utah, along with its twin city of Colorado City, Ariz., has seen an exodus of racist cultists in the aftermath of a major federal lawsuit against municipal officials.
RYAN LENZ

In March, Washington County, Utah, officials announced plans to auction off a sprawling $2.65 million walled compound in Hildale belonging to Jeffs to raise money for a $30 million civil judgment awarded to excommunicated FLDS member Willie Jessop. Construction has been ongoing at the compound, which includes a mansion FLDS members were building for Jeffs. Jeffs has predicted in “visions” that his Texas prison would be destroyed once that home is ready for him.

The state of Utah plans to also sell off an FLDS land trust in small parcels to satisfy the same judgment, though that could change as officials in Utah and Arizona continue to debate options for dissolving the church’s holdings.

Sam Brower, a private investigator who has long tracked the FLDS, said the departures from Short Creek likely stem from Jeffs’ worries about concentrating his members in highly visible communities — worries that began after a 2008 raid by Texas authorities on an FLDS compound there. The apparent abandoning of Short Creek, he said, likely marks the latest effort of the group to escape the public eye and resume the life of a secluded and unknown polygamous sect.