In another act of violence attributed to the antigovernment “sovereign citizens” movement, a Florida man accused of printing his own currency and defying the courts was shot and killed after a four-hour standoff with police.

Jeffrey Allen Wright, 55, of Navarre, Fla., attempted to pay a traffic fine with counterfeit money, then refused to acknowledge that courts had any jurisdiction over him. When officers went to Wright’s home on March 8 to arrest him on counterfeiting charges, he barricaded himself in his home, fired a shot from what appeared to be an automatic rifle, and began taunting officers.

“Come and get me,” he yelled at one point, according to a statement from the Santa Rosa County Sheriff’s Office. Later, he warned deputies not to come up the stairs or they would “not come back down” and boasted that he “would not be a servant of the king,” claiming he was not a citizen of this country.

After police fired tear gas into the home’s attached garage, Wright began breaking out windows with a handgun. Just moments later, SWAT officers entering the home found Wright sitting at the top of a stairwell, where he raised his pistol. Three officers fired simultaneously in return.

Wright had a long history of provoking the courts and law enforcement, common tactics of so-called sovereign citizens, who believe they are not subject to most federal tax and criminal laws. On five separate occasions, Wright had attempted to pay his traffic and criminal fines with fraudulent money orders having a total face value of $15 million.

The standoff, and Wright’s death, are the latest reminder of the violence and criminal activity coming from the still-growing sovereign citizens movement. Here are a few other examples of sovereign activity in the last few months: 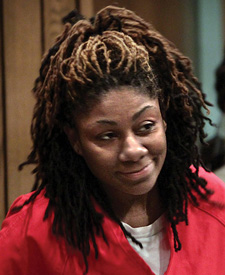