The National Alliance, which once dominated the U.S. neo-Nazi scene, has fallen on increasingly hard times in the last decade. Now, with the announcement that it is no longer a membership organization, it could be sounding its death rattle. The move may also have been an attempt to short-circuit litigation over a Canadian bequest.

In the latest sign of rapidly approaching death, the leader of the National Alliance (NA) has announced that the group that a decade ago dominated the U.S. neo-Nazi scene has ceased to function as a membership organization.

NA Chairman Erich Gliebe told his few remaining members in a Sept. 6 letter that he had decided, after consulting with the NA’s board of directors, to end the system of dues-paying members organized into units around the country. Instead, Gliebe said he was converting the NA to a “supporter-based” group, and portrayed this as a “step forward for the organization” leading to a “brighter future.”

“The membership concept has brought us more trouble than benefits, and without members we will not be such an easy target for hostile elements,” Gliebe wrote in an apparent reference to members convicted of murders, arson and any number of other criminal activities over the years. “For far too long, people with serious character flaws have applied for membership, and in 2013 we cannot afford to let even one slip through into our ranks. This decision was based on the long-term best interests and security of the National Alliance and its members.”

Virtually no one took those words at face value. 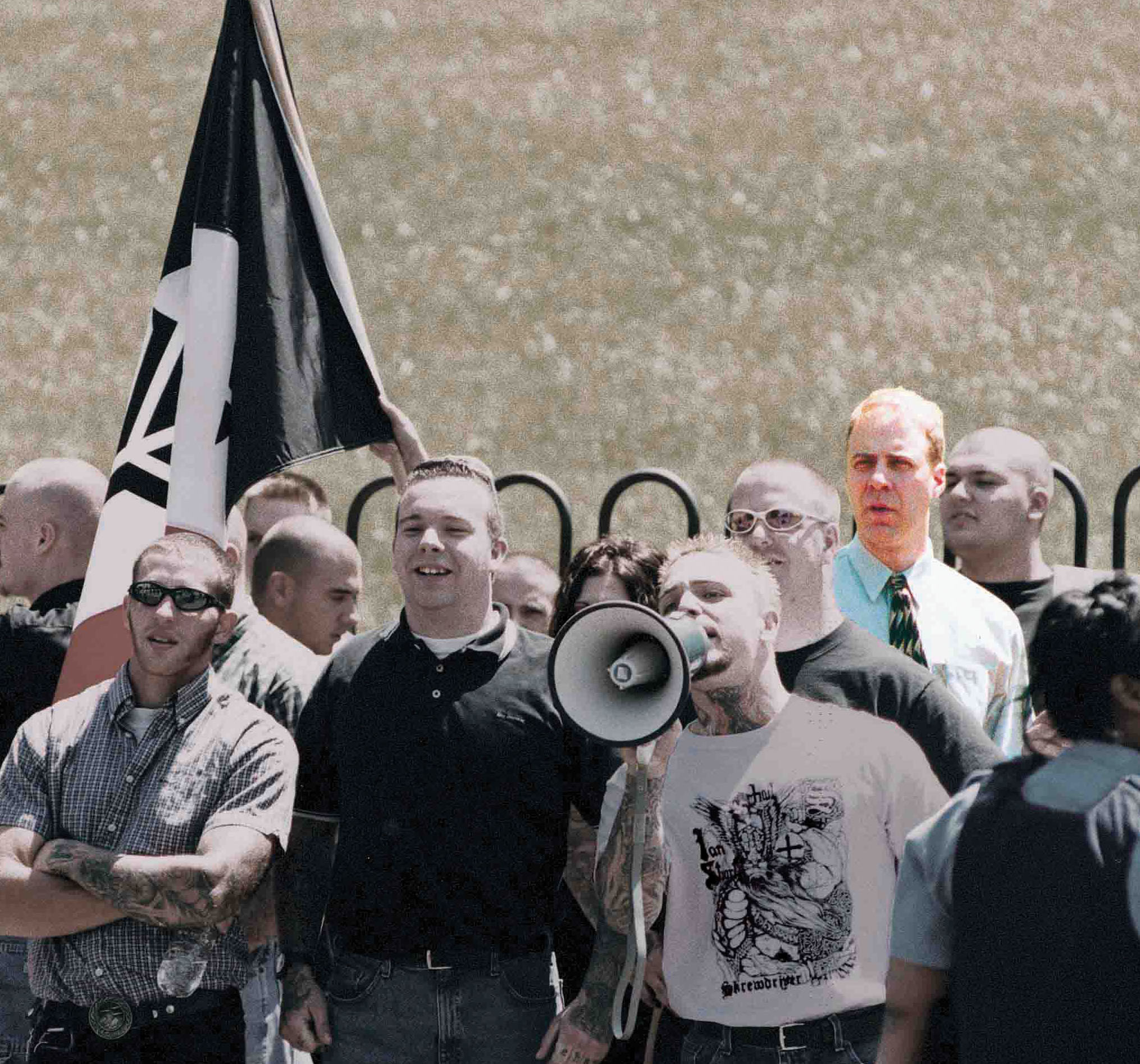 In any event, Gliebe’s announcement was only the latest stage in a precipitous decline that began in 2002, when NA founder William Pierce died unexpectedly of cancer. Gliebe was appointed to succeed Pierce, and almost immediately began alienating members with his abrasive personality and management style, his poor financial stewardship, his marriage to a stripper, and a host of other issues.

“Unreal!” one poster wrote in September on the Vanguard News Network (VNN), a neo-Nazi Web forum. “The double-talking Gliebe talking out of both sides of his mouth. What is he going to put out next? ‘War is peace,’ or ‘freedom is slavery?’ The only thing remaining incomprehensible about this is that there are still people out there that continue to send in money to this shyster and clown.”

Jim Ring, arguably the most influential and respected member until he quit the NA in frustration last year, sounded similar in a post on his own website. With NA membership “plummeting toward zero,” Ring wrote, Gliebe and his board “have found a unique face-saving way to deal with the embarrassment; that is to declare that they don’t want any members anyway.” “However,” Ring added, “in Gliebe’s Alliance some things never change. … He still wants your money. Membership dues are now simply donations,” a reference to Gliebe’s request that former members continue to send in “donations” in the same amount as their previous dues.

The decline of the NA, which under Pierce enjoyed immense prestige on the American and European radical right, has been stunning. In 2002, it had some 1,400 highly disciplined members, 17 full-time salaried national staffers, and about $1 million a year in income from dues and its white-power music label, Resistance Records. By the time of Gliebe’s letter, the group had fewer than 75 members, most of whom didn’t pay dues any more. Its West Virginia headquarters compound had fallen into physical disarray, with Gliebe recently selling off logging rights to try to earn some money. And Resistance Records and the NA’s once-robust publishing operation had virtually ceased offering new content or turning a profit.

Over the years, Gliebe has presided over a series of splits that saw the exodus of hundreds of members. He has been embarrassed by revelations about his fondness for strippers and his former wife’s accusations of “deviant sexual behavior.” He has alienated almost all of his former supporters through abrasiveness or neglect, and he has drawn widespread scorn for refusing to live in West Virginia.

In the last year, things have gone from bad to worse. 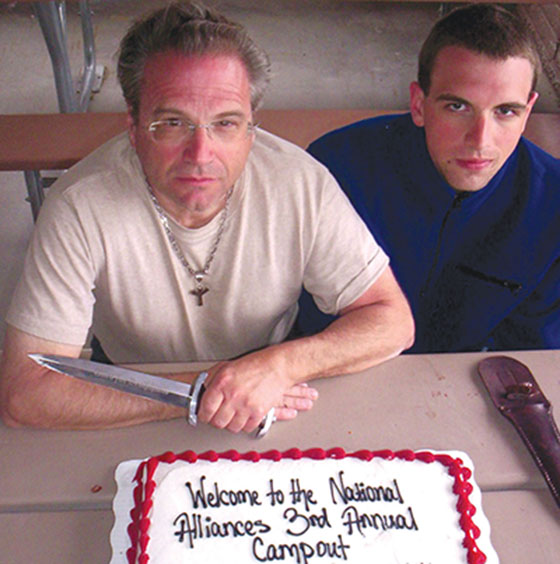 In October 2012, key members like the Californian Jim Ring and Robert Ransdell, the group’s Cincinnati coordinator, quit after unsuccessfully pleading with Gliebe to step down. Pierce’s brother, Sanders Pierce, left in March. Another shock to members came when the Southern Poverty Law Center (SPLC) revealed in June that Gliebe had quietly put 289 acres of the NA’s 346-acre compound up for sale, asking $699,000. And fellow neo-Nazis reported that Gliebe had also sold William Pierce’s gun collection, using the proceeds for purposes that remain unclear.

This September, the American Free Press, an anti-Semitic tabloid published by a man who was once a Pierce ally but later feuded with him, ran a devastating wrap-up on the NA’s situation. Its lead sentence said it all: “The National Alliance (NA), once the best-financed and best-organized white nationalist organization of its kind in the United States, is now on the verge of extinction.” It added that “Gliebe has been referred to by fellow members as uncharismatic, incompetent, a poor leader — even a thief” and said it doubted even “a handful” of members remained.

At one point, some members were even outraged when NA mail came to them adorned with Black History Month postage stamps — a real no-no for Nazis. 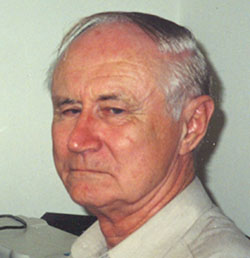 But shortly after that story broke, McCorkill’s sister, saying she did not want to see the coin collection going to the United States or any money going to a neo-Nazi group, went to court to dispute the bequest. Two Canadian human rights groups representing Jews — B’nai Brith Canada and the Centre for Israel and Jewish Affairs — soon intervened on the sister’s behalf, as did the provincial attorney general in New Brunswick, where the case is being litigated. At an early hearing, a judge enjoined the transfer of any funds until the case is decided this fall. 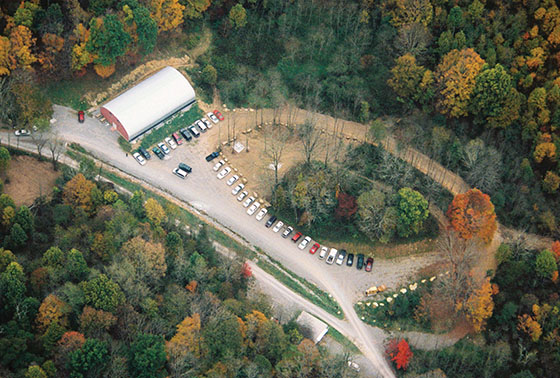 Bedeviled bequest: The late Robert McCorkill left an estate worth some $160,000 to the National Alliance, but a court case in Canada could prevent that money from ever getting to the group, whose West Virginia compound has fallen into disrepair in recent years.
SEAN MCCABE

Canadian law includes a relatively broad interpretation of the “public good” that could result in the courts disallowing a bequest meant to benefit a neo-Nazi organization. Canadian attorney Pamela MacEachern has cited a case in which the Ontario Court of Appeal ruled that a bequest left to set up a scholarship fund for “white Christians” was not legal. The court altered the bequest to set up a fund open to all Canadians. “The court found that in this case the trust was so at odds with today’s social values as to make its continued operation in its present form inimical to the public interest,” MacEachern wrote in summarizing the case.

It seems likely that Gliebe’s ending of membership is related to the Canadian case — an attempt to get rid of the members that he said in his September letter have made the NA “such an easy target for hostile elements.” An affidavit from the SPLC filed in the Canadian case earlier spells out the history of criminal activities by NA members in exhaustive detail. In his own affidavit, Gliebe responds to that by denying that certain people were members, saying he had no records of others’ memberships, and claiming that still others had left long ago. He describes the SPLC affidavit as a disingenuous “attempt to inject the past into the present.”

Even if Gliebe were to win the case, many past supporters don’t think it would help resuscitate the NA. “If Eric[h] gets the loot, he will be living large,” Donald E. Pauly wrote on the VNN forum in August. “Erika [Gliebe’s former wife] will get her child support and everyone will live happily ever after except for the present and past members. The quicker the organization is put out of its misery the better.”

Jim Ring, writing on his own website, was harsher. “There is no greater miscreant,” he said in words that could have come from a great many former NA members, “than this piece of filth who has betrayed Dr. Pierce’s Our Cause.”