Influential groups such as the Federation for American Immigration Reform (FAIR) that have long fueled the Republican Party’s hard-line stance in the immigration debate have come under fire in recent months from the very conservative movement they have influenced for so long.

The growing tumult comes as conservative members of Congress have warmed to the idea of immigration reform legislation. They’ve attacked FAIR, NumbersUSA and the Center for Immigration Studies (CIS) for an “unorthodox agenda of strict population control that also has included backing for abortion, sterilization and other policies at odds with conservative ideology,” The Washington Post reported in February.

The conservatives taking on the groups include Sen. Marco Rubio of Florida, anti-tax activist Grover Norquist, and officials in the Roman Catholic Church. Kevin Appleby, director of immigration policy for the U.S. Conference of Catholic Bishops, warned that “pro-life legislators should think twice about working with these groups, as their underlying goals are inconsistent with a pro-life agenda.” 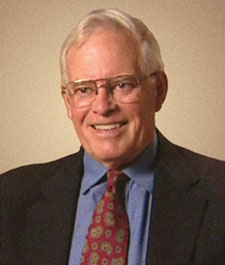 John Tanton
In his second run for a suburban Kansas City, Mo., school board, Edward Stephens, who sought to do away with “materials that promote racial diversity,” failed miserably yet again. Chances are that posing with posters of Adolf Hitler didn’t help the 25-year-old racist.

In his private papers at the University of Michigan — papers unearthed by the Southern Poverty Law Center — Tanton talked about the necessity of maintaining a “European-American” majority and also the advisability of eugenics, the discredited “science” of trying to breed superior humans. In his private correspondence, he even entertained extended dialogues with Holocaust deniers, a former Ku Klux Klan lawyer and various racist nativists. At one point, he introduced FAIR leaders to the president of the Pioneer Fund, a racist foundation established in 1937 to encourage “race betterment” among white people and fund eugenics studies.

Those very papers are now being circulated privately in Washington, alarming GOP lawmakers and strategists who are increasingly concerned that the party’s harsh rhetoric on immigration alienated Latino voters and contributed to Mitt Romney’s defeat last year. (In fact, Romney’s adoption of “self-deportation” to address immigration is an idea and a phrase that comes directly from FAIR and the Tanton network, which favors an “attrition through enforcement” policy.

Now, for the first time in memory, conservative groups are attacking the network built by Tanton, who once was a principal of Planned Parenthood in his home state of Michigan and also an activist in the Sierra Club, because of Tanton’s interest in population control. “These groups are in no way conservative. They were founded, and are funded and staffed, by radical environmentalists and zero-population activists,” Alfonso Aguilar, executive director of the Latino Partnership for Conservative Principles, told the National Journal on Feb. 14.

The situation is a new experience for FAIR, CIS and Numbers USA — groups that are very much on the political right and have for decades provided the brains and brawn behind the grassroots anti-immigration movement. Perhaps unsurprisingly, their reaction has been one of indignation and disbelief.