For a decade, millions of students across the country participated in an annual anti-bias program called “Mix It Up at Lunch Day” without the slightest hint of controversy.

For a decade, millions of students across the country participated in an annual anti-bias program called “Mix It Up at Lunch Day” without the slightest hint of controversy. But that changed last October, when a religious-right organization known for the extreme anti-gay and sometimes racist statements of its key spokesman urged its followers to keep children at home that day because the event promotes a “homosexual lifestyle in public schools.”

In an E-mail to its supporters (which the group puts at 2 million), the American Family Association (AFA) claimed the event also was intended to “intimidate and silence students who have a biblical view of homosexuality.”

That’s the kind of over-the-top, false rhetoric believed to inflame anti-gay sentiment and contribute to violence against the LGBT community. (An Intelligence Report analysis in the Winter 2010 issue found that gay men and lesbians are, by far, the minority group most victimized by violent hate crime.) 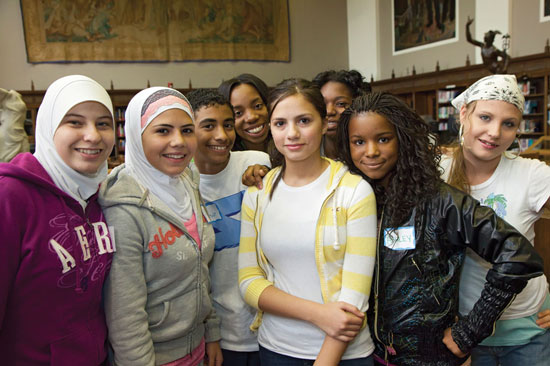 The American Family Association’s Bryan Fischer provoked both amazement and mirth when he likened a program to lower social boundaries in schools to a candy bar laced with cyanide. “It’s not until you internalize it, “ he said, “that you realize how toxic it is.”
JIM WEST

In this case, the AFA’s attack may have backfired.

After an article about the campaign appeared in The New York Times, the AFA’s director of issue analysis, Bryan Fischer, was widely ridiculed in the media.

Appearing on CNN to explain the group’s position, Fischer compared “Mix It Up” to poisoned Halloween candy. “Somebody takes a candy bar, injects it with cyanide, the label looks fine. It looks innocuous, it looks fine. It’s not until you internalize it that you realize how toxic it is.” 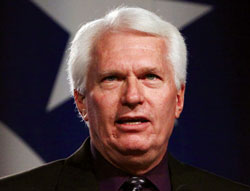 At one point, Costello noted that Fischer has said gay men were responsible for the Holocaust. In 2010, he wrote, “Homosexuality gave us Adolph Hitler, and homosexuals in the military gave us the Brown Shirts, the Nazi war machine and six million dead Jews.”

Costello said that, “by many people’s standards, would be hate speech.” A few moments later, she ended the interview as Fischer launched into a rant about health problems affecting LGBT people. “I’m going to end this interview now, sir. I’m sorry because that’s just not true.”

On Comedy Central, comedian Stephen Colbert got into the act, lampooning the AFA as he pretended to agree with its position on “Mix it Up at Lunch Day.” “Don’t fall for it, kids,” Colbert deadpanned, looking directly into the camera. “It’s a devious plot: Get kids to learn that despite our outward differences, in our hearts we’re all pretty much the same.”

Actually, on “Mix It Up,” which is sponsored by the Southern Poverty Law Center’s Teaching Tolerance program, students are simply asked to sit with someone new in the school cafeteria as a way to break down social barriers that can lead to bullying. The SPLC serves as a clearinghouse and provides ideas and free resources, but each school tailors the event to its own needs.

Teaching Tolerance Director Maureen Costello (no relation to Carol) said 3,000 schools took part in “Mix It Up” on Oct. 30, despite the AFA’s warning. About 200 schools did cancel the event, but many more than that signed up in the final days, long after the AFA urged action.

As for Fischer’s theory about “Mix It Up,” Costello said, “It is just a bizarre preoccupation … you know Bryan Fischer sees the homosexual agenda in a dish of ice cream.”