The Republic for the united States of America (RuSA), the largest antigovernment “sovereign citizens” group now operating, has attracted a growing number of disaffected Americans taken in by its radical ideas, which include the claim that it is not necessary for most Americans to obey most criminal or tax laws. They include people like Randi Shannon, who last summer announced during a highly competitive campaign for the Iowa Senate that she was leaving the race to join RuSA as an unelected “senator.” Since then, Shannon has become a proud ambassador for what has become one of the most influential sovereign citizens organizations in the United States. In that role, she has appeared in national media outlets as an unapologetic mouthpiece for a group that claims the U.S. government is a corrupt, fraudulent entity that seized power shortly after the Civil War. Over several telephone and E-mail conversations with the Intelligence Report, Shannon outlined her views, discussed her reasons for joining RuSA, and defended her choices with the passion of a true believer. The following are edited excerpts from her comments. 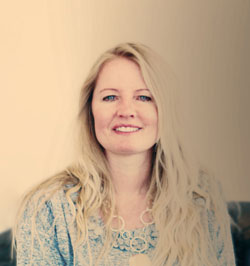 Do you consider yourself a “sovereign citizen”?
I’ve never known even what that meant, nor called myself this, ever. … For me, God is sovereign over man. You can say I’m an American.

Why did you leave your campaign for Iowa Senate behind in favor of becoming a “senator” for RuSA?
My purpose in running for the Senate seat in Iowa was to help effect change for the people, as well the future generations, mainly by helping to reduce the size and power of government. … In the middle of my campaign, I became aware that these changes would never happen because the United States is a corporation, as is the state of Iowa. Therefore both are in the business of taxing and controlling the people in order to enrich the members of the corporations. I could not in good conscience serve the interests of the corporations to the detriment of the people of Iowa and would thereby find myself in violation of my oath to uphold, support and defend the Constitution. … That’s why I went this route. I didn’t see going the traditional route as the answer.

What do you mean by the “corporations”?
The Republic was founded in 1787 and then abandoned during the Civil War in the 1860s. It was then replaced in 1871 by the United States corporation. This unlawful corporate democracy, established by the 41st Congress, has been acting as though it is the official government, which clearly it is not! … This corrupt system is just like an out-of-control freight train heading at full speed toward the river where the bridge has been washed out by a flood brought on by their own acts in violation of the public trust and their oaths to the Constitution of Iowa and the Republic for the united States of America.

RuSA is creating a kind of shadow government that mirrors existing institutions in order to take over on the day the current federal government collapses. Do you want this to happen? And please describe some scenarios under which the federal government collapses and RuSA takes charge.
I can’t imagine anyone ever wishing this on their nation. But the way this country is being run, most thinking people would say that collapse is certain. The United States corporation is in bankruptcy, and has been since 1933. The status quo cannot be sustained. Who among us would wish this upon our future generations? Certainly I do not! But who wouldn’t choose the Republic for the united States for America?

So RuSA will one day take over the country?
Not take over, because that to me sounds like a dictatorship. I look at it this way, when this one implodes or fails, the Republic is something that will already be in place and will be able to step into the shoes of the government for this country. The government that’s in place right now, they are so far lost, and so much is being spent. It’s a disaster, and it’s about to implode.

It’s that type of rhetoric, at least in part, that has prompted the FBI to label the sovereign citizens movement a “domestic terrorist” threat. How do you respond to those charges?
I say, no way! Nothing I have observed about the Republic suggests anything but a peaceful government made up of law-abiding people. These are everyday people — homemakers, doctors, business owners, farmers, laborers, professionals. These are some of the smartest people it has been my experience to know during my 20-year career.

So the FBI is wrong in its “terrorist” characterization?
What I would define as terrorism is the knock-knock-bang raids that the corporation U.S. government is doing to the people right now, the “show me your papers” stops, the checkpoints that aren’t even on the border, the unlawful arrests where there is no victim, thus no crime. [Editor’s note: A typical sovereign belief is that only crimes where there is a clear victim are punishable by the government.] The fact that all of our industries are being run out of the country, that bankers were bailed out while the people are being foreclosed on and left holding the bill, and the fact that there are FEMA prison camps all over this country and no one is explaining why. [Editor’s note: Another core belief of most sovereign citizens and the larger antigovernment “Patriot” movement is the baseless claim that the Federal Emergency Management Agency has prepared secret concentration camps that the government plans to use to imprison American citizens.] It’s very reminiscent of 1939 Nazi Germany.

How would a RuSA government be different than the existing government? Would we have civil rights laws? Environmental and financial regulations? A Department of Education?
If [RuSA] can implement all the freedoms that are discussed, people won’t even recognize their lives. Imagine a nation where we have free energy! Imagine a nation where natural remedies aren’t outlawed and the cures for cancer can be spoken about freely without being arrested! [Editor’s note: Another Patriot belief is that the government is hiding effective cures for cancer from the American people.] Imagine water without commercial grade unregulated fluoride being dumped into it, and food that isn’t altered in a chemical lab that is doing God knows what to our bodies. Imagine not having to work nearly as much because you are able to keep nearly all of your paycheck! This is what the Republic is about. There is nothing even remotely wrong with that. Anyone who says there is hasn’t done their homework.

You’ve said that you joined RuSA to help steer the country back to its founding principles. What are those principles?
Before the War Between the States, America was under a law system that was grounded in Scripture, “the Law of God.” It was not until after the war that legislation began replacing the common law. [Editor’s note: Sovereign citizens believe, wrongly, that the body of law known as common law — which in reality refers early judicial usage and custom from both America and England — is the dominant legal system in this country, and does not allow the government to impose regulations on a sovereign without that person’s consent.] The Roman Empire conquered several countries and extended its civil law system (communism) into areas that it did not belong. The United States corporation has and is doing the exact same thing with its citizen of the United States status. Do I believe the country has abandoned its founding principles? My answer is, just look at the size of government, the tax burden on the people and the wholesale infringements on our rights and liberties! But I believe that the majority of the people in our country have not abandoned our founding principles; they are the people like myself — the tireless and concerned majority who are peacefully striving to help our country find its way back to those good principles.

Some sovereign citizens have engaged in violence. Do you think violence may be necessary against the “corporate” government in Washington, D.C.?
As I have stated earlier, there has never been any discussion in support of violence against the United States corporation or its military. In fact, the re-inhabitation of the original Republic for the united States of America is and has always been a peaceful process. [Editor’s note: RuSA has said that its shadow government was built for the purpose of “re-inhabiting” the existing government and thus returning it to legitimacy.] Our prayers are that the United States corporation shows respect for the rights of “we the people” and allows everyone in our country to live in peace by respecting the rights of the people as documented in the first 10 amendments to the Constitution of the Republic for the united States of America circa 1791.