It had been a long time since the world heard from the Kehoes.

The notorious family of white supremacists was big news back in the late 1990s, when brothers Chevie and Cheyne Kehoe went to prison in connection with their Aryan Peoples Republic, a terrorist cell that sought to violently carve out an all-white nation within the United States.

The leader, Chevie Kehoe, was captured while a fugitive in 1997 and ultimately sentenced to life in prison in connection with his pipe-bombing of the Spokane, Wash., City Hall, ordering the murder of a romantic rival, shooting it out in a televised confrontation with police officers in Ohio, and, most remarkably, carrying out the torture-murder of an entire Arkansas family. Kehoe killed William Mueller, then taped plastic bags over the heads of his wife and her 8-year-old daughter and used cattle prods to torture them in a fruitless search for gold Kehoe believed the family had hidden. 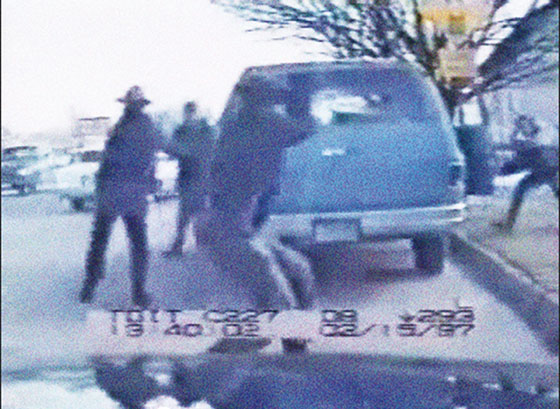 The Kehoe brothers burst into the headlines on Feb. 15, 1997, when they opened fire on two police officers who pulled over their Chevrolet Suburban for expired plates in Wilmington, Ohio. In subsequent weeks, the officers’ dash-cam video was shown repeatedly on national TV, fueling a nationwide hunt that ended with the Kehoes’ arrests in June of that year. FROM YOUTUBE

Kehoe’s brother, Cheyne, who had participated in the shootout and was a fugitive with his brother and their wives in Gunlock, Utah, turned the bloodthirsty Chevie in after he began talking of killing their parents and his own wife, and also taking a sexual interest in Cheyne’s wife. Cheyne was sentenced to 24 years in prison despite cooperating with authorities. That was later reduced to 11 years, and he was released in 2008.

The brothers’ father, Kirby Kehoe, was sentenced to more than four years in prison for possession of weapons stolen from the Muellers, who had lived mainly by selling guns to antigovernment militants. 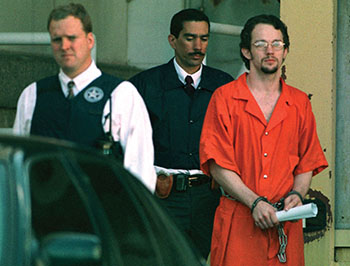 It turns out that when Kirby and Cheyne Kehoe got out of prison they left the family’s long-time haunts around Colville, Wash., and ended up in Arizona. Recently, authorities received a tip that they were hoarding what the Arizona Republic described as “dozens of weapons and thousands of rounds of ammunition” — a crime for convicted felons.

At press time, they were being held in Flagstaff on one weapons charge each. However, they were awaiting a federal grand jury indictment that could well bring additional charges. 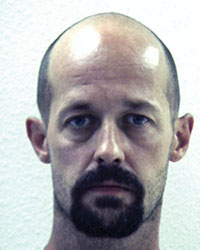 Kirby Kehoe, now 65, was arrested on the property, while Cheyne, 37, was seized later in Prescott, court documents show.

The Kehoe brothers were raised in the Christian Identity faith by their parents, who also took them to such places as the neo-Nazi Aryan Nations compound in Idaho and Elohim City, a remote settlement of polygamous Identity believers in eastern Oklahoma. But their mother, Gloria Kehoe, shocked by the violence of her offspring, ended up testifying against Chevie Kehoe.