After peaking two years ago, the number of immigrant-bashing ‘nativist extremist’ groups has fallen by almost 90%

For the second year in a row, the number of hard-line anti-immigrant groups fell dramatically in 2012, plunging 88% from its high-water mark in 2010. The nativists’ latest dismal year seems to have left the movement in its death throes.

That is a remarkable change from seven years ago, when the nativist movement began to take off like a rocket with the 2005 formation of the Minuteman Project, the first organization to gain national prominence for its armed civilian border patrols of the United States’ southern border. The movement’s recent free fall seems to have been largely driven by criminal scandals, sniping among the various groups, and the co-optation of the movement’s goals by state legislatures.

The number of “nativist extremist” groups — a Southern Poverty Law Center (SPLC) designation for groups that go beyond pushing for legislative changes or stricter border controls to personally confront suspected undocumented workers and border crossers — was 144 in 2006, the first year SPLC counted them. By 2010, the movement had hit its high of 319 groups. And then the numbers began to plummet, to 185 groups in 2011 and then, last year, to a mere 38 organizations. 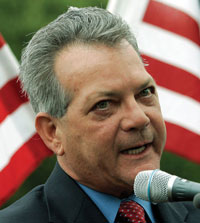 The movement’s spectacular collapse was propelled by several factors, many of them self-inflicted. Perhaps most devastating was the 2009 double homicide in Arivaca, Ariz., of a Latino man and his 9-year-old daughter by a woman who had been a member of several Minuteman organizations and then headed her own. The violence scared off prominent members of the movement, including a co-founder of the original Minuteman Project, Jim Gilchrist, who like many others decided after the murders to shift his energies to speaking at Tea Party rallies.

At around the same time, serious infighting broke out in the movement, involving lawsuits between the principals of some of the groups. Serious Internet sniping and squabbles affected other parts of the leadership.

Shawna Forde, who has been sentenced to death in the Arivaca killings, isn’t the only nativist extremist leader to become entangled with the law. In June 2010, allegations surfaced in divorce court documents that Chris Simcox — arguably the highest profile individual in the movement as the co-founder, with Gilchrist, of the Minuteman Project and, later, the head of MCDC — had threatened to kill his wife and family in a 2009 domestic dispute. (As a result, Simcox’s wife was granted a protective order.) At around the same time, in April 2009, Simcox handed MCDC over to fellow nativist Carmen Mercer when he ran unsuccessfully for an Arizona Senate seat. Mercer shut the organization down in March 2010, after being accused by Arizona’s attorney general of involvement in a property scam.

Since 2010, many nativist leaders have abandoned their narrow focus on immigration and inserted themselves into other right-wing movements that appeared to have more traction. Many signed on with antigovernment “Patriot” groups or Tea Party factions. According to a January 2012 report from the Institute for Research and Education on Human Rights, dozens of formerly prominent nativists had joined Tea Party and other right-wing formations by mid-2010. In some cases, they created new far-right hybrid entities of their own. 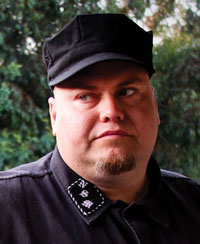 By last year, only a few very extreme individuals were still conducting armed patrols at the border. Most prominently, a group of neo-Nazis led by J.T. Ready and Harry Hughes, both of whom had been connected to the National Socialist Movement, conducted armed patrols in Arizona’s Vekol Valley.

But that all came to an end in May 2012, when Ready shot four people dead and then killed himself in what police have described as a domestic dispute at a Gilbert, Ariz., house where Ready lived with his girlfriend. The victims were Ready’s girlfriend, the girlfriend’s adult daughter and her boyfriend, and their 15-month-old baby girl. Other than Ready’s group, only a few individuals regularly patrolled the Arizona border last year, although an organization called the Texas Border Volunteers has been active in South Texas.

Some of the wind also was taken out of the sails of the nativist extremist movement by state legislatures that took up its issues by passing harsh new anti-immigrant laws. But those laws have suffered major recent setbacks in the courts.

In 2010, Arizona passed S.B. 1070, a draconian law that was heavily supported by Minuteman groups and required individuals to prove their citizenship when confronted by state authorities. The law also denied access to various social service benefits. The Arizona law ignited a surge of similar legislation, with Alabama, Georgia and South Carolina passing their own measures.

But by 2012, those laws were in trouble after being challenged by civil rights organizations, including the SPLC. Last summer, the Supreme Court struck down nearly all of the harsh provisions in S.B. 1070, leaving only the requirement to show identification when asked by police — the so-called “papers please” section of the statute, which is still being litigated. Alabama’s law, the harshest in the nation, also saw most of its provisions enjoined. Since the high court’s decision, no other states have attempted to pass similar legislation.

Finally, the entire nativist enterprise faced a major comeuppance in the November elections. Within a few days of President Obama’s re-election, discussion among Republicans about their loss was focusing on the dismal level of support for the GOP among Latinos. That was exacerbated by Mitt Romney’s harsh anti-immigrant positions and association with Kris Kobach, the Kansas secretary of state who co-authored Arizona’s S.B. 1070 and moonlights as a lawyer for the anti-immigrant hate group, the Federation for American Immigration Reform.

Now there are clear indications that the Obama administration is planning a major push for comprehensive immigration reform, likely including a path to legal status for the undocumented, some time this year. A prior bipartisan effort to pass such a bill collapsed in 2007 under grassroots pressure from groups such as the Minutemen and NumbersUSA. But this time, given the victory of Obama and several other Democrats in key Senate races, it is seen as far more likely to pass — the ultimate disaster for the once and future anti-immigrant movement.

What follows is a state-by-state tally of the 38 groups that the SPLC lists as nativist extremist groups.

PENNSYLVANIA (1)
Voice of the People
Shenandoah