A New Brunswick judge rules that a major bequest left for the neo-Nazi National Alliance is illegal and cannot be paid out.

A Canadian court this June struck down a bequest valued at about $220,000 that was left by a citizen of that country to the National Alliance (NA), a neo-Nazi group based in the United States that has long promoted violence against minorities. The presiding judge found the bequest violated Canadian law and public policy.

“The evidence before this court convinces me that in the case of the NA the purpose for which it exists is to promote white supremacy through the dissemination of propaganda which incites hatred of various identifiable groups which they deem to be non-white and therefore unworthy,” wrote Justice William T. Grant of St. John, New Brunswick. “Those purposes and the means they advocate to achieve them are criminal in Canada and that is what makes this request so repugnant.” 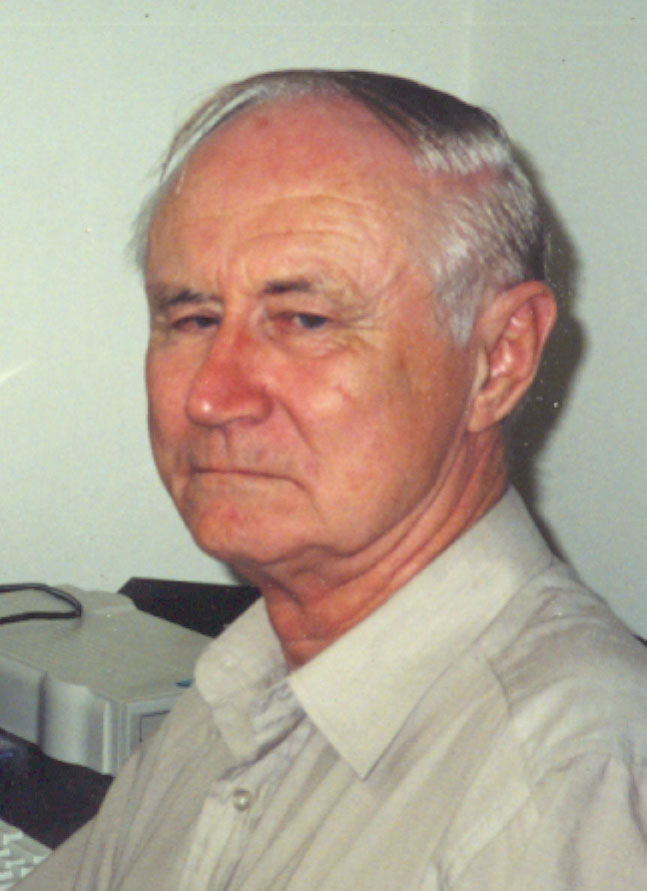 The judge permanently enjoined any transfer of funds or other parts of the estate, which includes a collection of ancient Greek and Roman coins, to the NA. Instead, he ordered it distributed to the brother and sister of Harry Robert McCorkill, a chemist who reportedly spent time at MIT, collector of historic artifacts, and longtime Canadian NA member who died in 2004. McCorkill’s sister, Isabelle Rose McCorkill, initially challenged the bequest, and she was later joined by two Jewish human rights groups in Canada as well as the provincial attorney general.

In July, NA lawyer John Hughes filed a notice that the group would appeal Justice Grant’s decision, which it characterized as rife with judicial errors.

In his June decision, the judge brushed aside claims by NA representatives that the group had been unfairly tarred in affidavits from the Southern Poverty Law Center (SPLC) and others that quoted the group’s foundational documents as well as other materials produced by its officials. “All of these publications can only be described as racist, white supremacist and hate-inspired,” the judge wrote.

“They are disgusting, repugnant and revolting.”

The court decision comes at a time when the NA, which a little over a decade ago was the dominant hate group in America, is struggling to survive. It has gone from an organization that once brought in about $1 million a year and had some 1,400 dues-paying members to a group that is nearly bankrupt and has only a smattering of supporters left. The group’s current leader is trying to sell much of its West Virginia headquarters compound to raise money, and he has sold off much of the wood on the site to logging companies for the same reason. A faction led by the brother of the group’s late founder has sued the NA in civil court in an attempt to regain control of the organization. And virtually all of the major personalities in the group, many of whom enjoyed serious movement prestige, have left.

The loss of the bequest could help finally destroy the remnants of the once-storied NA. The group seems unlikely to survive without a source of new funds.

The Centre for Israel and Jewish Affairs, which intervened in the case along with B’Nai Brith Canada, said the ruling was “a strong statement. Today, we are fortunate that the National Alliance is a severely diminished group barely holding onto its shrinking membership. The threat was that an injection of about a quarter of a million dollars might have breathed new life into this dying organization.”

“Justice Grant’s judgment was very direct in his findings of fact that the National Alliance is a neo-Nazi group and that their hate propaganda and stated goals of genocide and ethnic cleansing violate Canadian law six ways to Sunday,” added Richard Warman, a Canadian attorney who has brought 16 successful legal cases against hate groups and racist individuals in that country.

The Canadian bequest was first brought to public attention in June 2013, when the SPLC revealed that NA officials appeared close to settling the probate matter and forwarding the proceeds to the NA. Shortly after that, McCorkill’s sister, who like a second brother was estranged from her radical sibling and did not even know he was alive, filed suit, saying that she did not want to see the money go to a neo-Nazi group and that she also hoped to keep the coin collection in Canada.

The case against the bequest could never have been made under American law, which has unusually strong free speech and association protections. But Canadian law has a much fuller concept of the public good, and its foundational Canadian Charter of Rights and Freedoms allows speech and other “reasonable limits prescribed by law as can be demonstrably justified in a free and democratic society.” Canadian law also makes public “incitement of hatred” — “willfully promot[ing] hatred against any identifiable group” — a criminal offense. 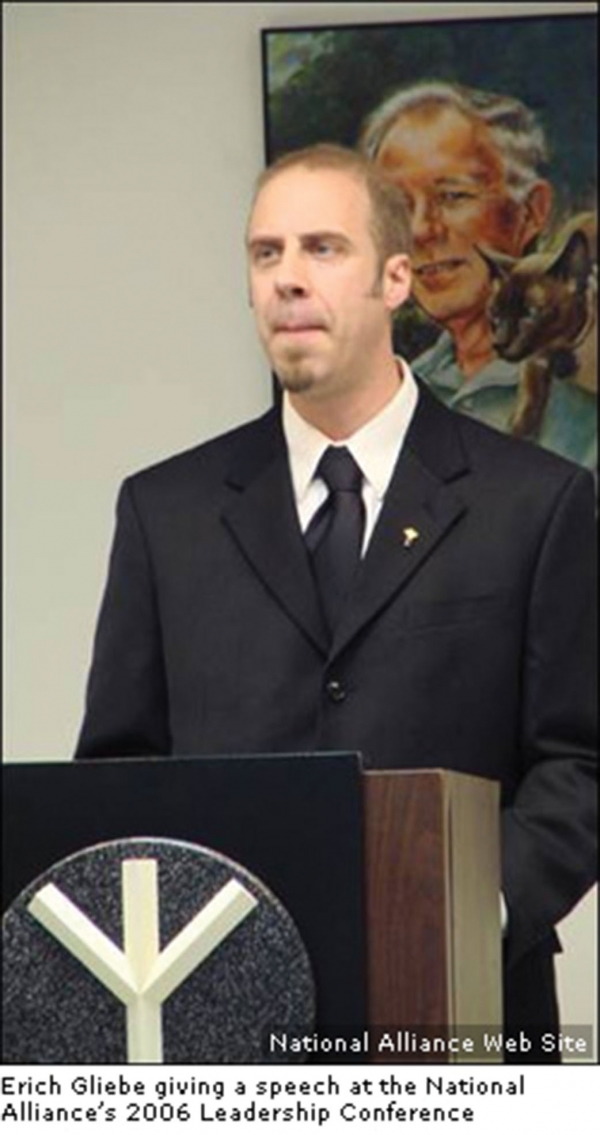 Erich Gliebe, chairman of the NA, claimed in affidavits submitted to the court that the SPLC and others were trying to “smear” the organization by quoting its foundational documents and later statements from Gliebe and others. But Grant found that the NA had done nothing to distance itself from those documents.

And they were hair-raising. The affidavit submitted to the court by the SPLC quoted the group’s “What is the National Alliance?” essay as saying that the  NA would do “whatever is necessary” to achieve “a White living space” and that it would not be deterred by any “temporary unpleasantness.” The document went on to call for “the racial cleansing of the land” and “a long-term eugenics program involving at least the entire populations of Europe and America.”

The SPLC affidavit also quoted an NA bulletin written by the group’s founder celebrating racial violence as “a healthy, red-blooded response to the current situation in America’s cities.” “Ultimately,” the document read in a particularly candid passage, “we will win the war only by killing our enemies.” In yet another document, the group spoke of packing “the homosexuals, racemixers, and hard-case collaborators” into cattle cars and plunging them into abandoned coal mines.

Although Gliebe tried to suggest that the NA had evolved into a kinder, gentler organization since the 2002 death of founder William Pierce, Grant pointed out that Gliebe alleged in a 2011 radio broadcast that “the Jews have lied for decades about the Holocaust,” which he described as a “money-making scheme.”

“[T]here is nothing ‘dated’ about the anti-semitic rantings of Mr. Gliebe, the current Chair of the National Alliance, in his 2011 broadcast,” the judge wrote. “Neither is there any evidence before the court that the NA has distanced itself from its ‘dated’ foundational documents,” a reference to “What is the National Alliance?”

Grant repeatedly referred to the strength of the case. The evidence “consistently show[s] that the National Alliance stands for principles and policies, as well as the means to implement them, that are both illegal and contrary to public policy in Canada,” the judge wrote. “[W]hat it stands for, anti-semitism, eugenics, discrimination, racism and white supremacy, violates numerous statutes and conventions that have been passed by Parliament and the [provincial] Legislatures and endorsed by the Government of Canada, including the Criminal Code.”

The judge also mocked Gliebe’s attempts to portray the NA as a cultural organization interested in European civilization, saying these “feeble protestations only call to mind the attempts by the Nazis in Hitler’s Germany to mask their true intentions through organizations like the Hitler Youth. History tells us that behind the mask lurked some of the worst evil ever visited upon the human race.”