No one wants David Duke.

The former Klansman, Holocaust denier and founder of a series of hate groups was expelled from Italy in early December after a court there deemed him “socially dangerous” for allegedly planning to create a pan-European neo-Nazi group. Duke, who has fled or been expelled from several countries before, was kicked out of Italy this time after a court upheld a finding that he had entered the country on false pretenses by using his middle name, Ernest, in place of his first.

According to the Venice court decision, Duke was also found to be establishing “an organization aiming to exterminate the black and Jewish races in Europe.” The purported organization was not named.

“We consider him as a highly dangerous individual due to his infamous racist theories,” Luciano Meneghetti, the deputy police commissioner in the northern Italian province of Belluno, told the International Business Times UK. Duke’s Italian lawyer, Filippo Augusto, said Duke had left Italy, but that he was considering whether to lodge a further appeal. 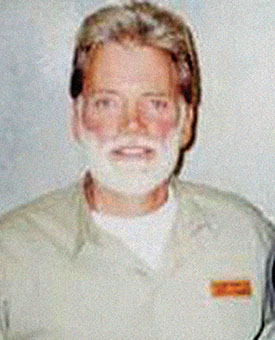 Italian authorities cited a group David Duke was allegedly forming in their expulsion order, but offered no details to support their contention.

More recently, in 2011, he was arrested in Germany. He claimed at the time that he was on his way to deliver a “message of heritage and freedom” when Germany intervened and imprisoned him for “a gross twisting of travel laws.”

Duke has a long history of getting in trouble with the law. (In 2003, he went to federal prison in the United States for ripping off his own supporters.) In the past, Duke has used these moments as catalysts for fundraising. After he was arrested in Cologne, Germany, he begged supporters to send him money, and fast.

And he has raised funds by selling his postcard-like, hand-colored photos of Alpine regions to his supporters. Never one to be self-effacing, Duke wrote in the third person of his alleged skills: “In addition to his brilliant writing, teaching, speaking and political skills, Dr. Duke has a wonderful photographic and artistic ability.”