In the name of “religious freedom,” Jim Crow-style signs of bigotry and intolerance have been popping up across the country in recent months. 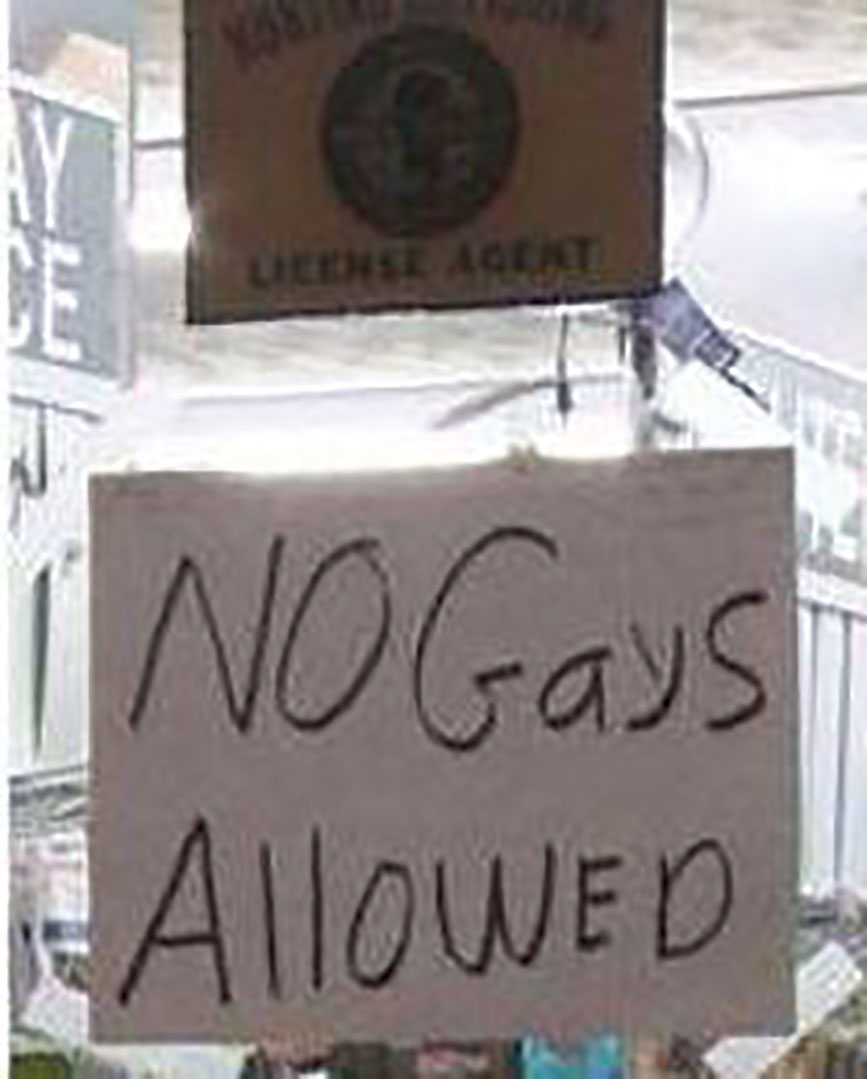 In June, a small-time and small-minded businessman in Tennessee taped a handwritten sign to the glass front door of his hardware store in Washburn, proclaiming, “No Gays Allowed.”

“A lot of people have called and congratulated me,” the store owner, Jeff Amyx, told a local television news station.

Amyx, however, wanted to make sure no one got the wrong idea about the sign or the contents of his heart. “I don’t hate people,” he insisted. “It’s not the people I hate; it’s the sin that I hate.”

In Michigan, the owner of Dieseltec Automotive Repair put up an electronic sign of discrimination. Brian Klawiter posted his declaration of bigotry in March on the Facebook page of his Grandville business.

After complaining that the rights of “conservative Americans are being squashed more and more every day,” and proclaiming, “I am a Christian,” Klawiter added: “I would not hesitate to refuse service to an openly gay person or persons. Homosexuality is wrong, period. If you want to argue this fact with me then I will put your vehicle together with all the bolts and no nuts and you can see how that works.” 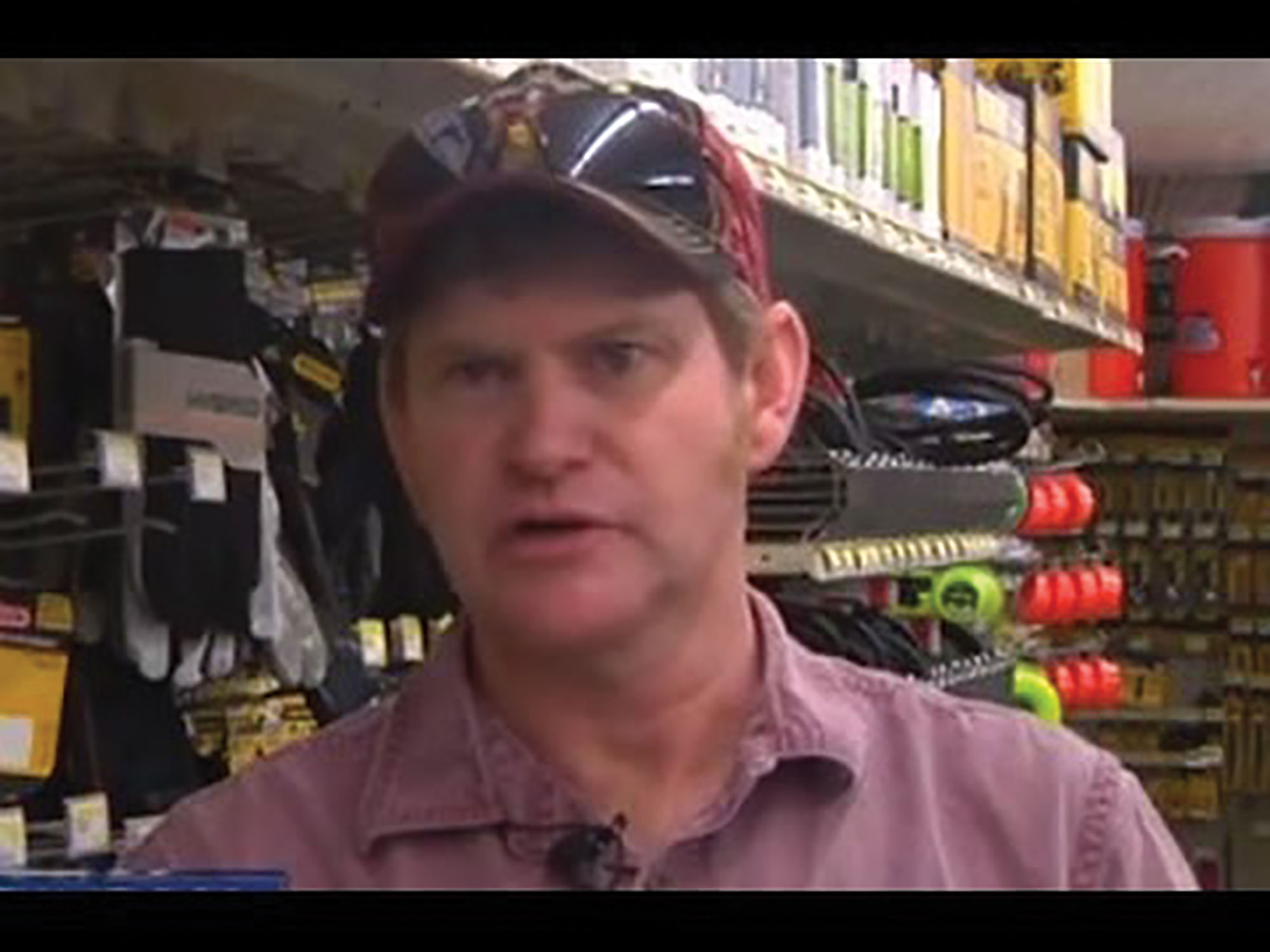 “Freedom” to hate: Tennessee businessman Jeff Amyx is one of a number of people openly discriminating against people they don’t like in the name of religious liberty.

The governor of Louisiana, Bobby Jindal, posted a sign of his own, although perhaps not as crudely. In May, Jindal signed a religious freedom executive order, aimed at, as Nola.com put it, “protecting people who oppose same-sex marriage.”

The American Civil Liberties Union, a gay rights advocacy group and six New Orleans residents sued the governor in June, charging the executive order was unconstitutional and sanctioned discrimination. The plaintiffs alleged that the so-called “Marriage and Conscience Order,” according to Nola.com, is “meant to protect people, businesses and nonprofits from losing access to professional licensing, tax benefits and other governmental services if they refuse to support same-sex marriage.”

In other words, “individuals and companies would be able to discriminate against same sex couples, without facing repercussions.”

Indeed, most of the handwritten signs, Facebook posts and typed executive orders and legislation, such as Indiana’s religious freedom law, were written because of same-sex marriage victories from the Supreme Court to the court of public opinion.

In April, shortly after Indiana’s Republican governor, Mike Pence, signed the state’s “religious freedom” bill into law, his fellow Republicans “moved rapidly,” according to The Washington Post, to amend it, adding language that “grants protections to employees, tenants and customers regardless of race, religion, disability or sexual orientation.”

The bill was amended after a national outcry from entertainers who cancelled concerts and the NCAA, which threatened to hold future sporting events elsewhere. Officials were also reacting to pressure from several large companies, including Apple, the Gap and Eli Lilly.