When it comes to spreading prejudice and Islamophobia across the land, Pamela Geller, president of the American Freedom Defense Initiative, is the heavyweight champion.

In the spring, Geller and her organization put on a highly charged and purposefully provocative competition in Garland, Texas, to crown the best cartoon mocking the Prophet Muhammad. Two Muslim men from Arizona took the bait. They opened fire outside the May 3 event, injuring one security guard in the ankle, but were killed by quick-thinking police before anyone else was hurt.

Then, a few weeks later, Geller tried to plaster city buses and subway trains in Washington, D.C., with ads featuring the winning drawing. The city said no and ended up banning, at least temporarily, all “issue-oriented” advertisements from Metro stations and buses. 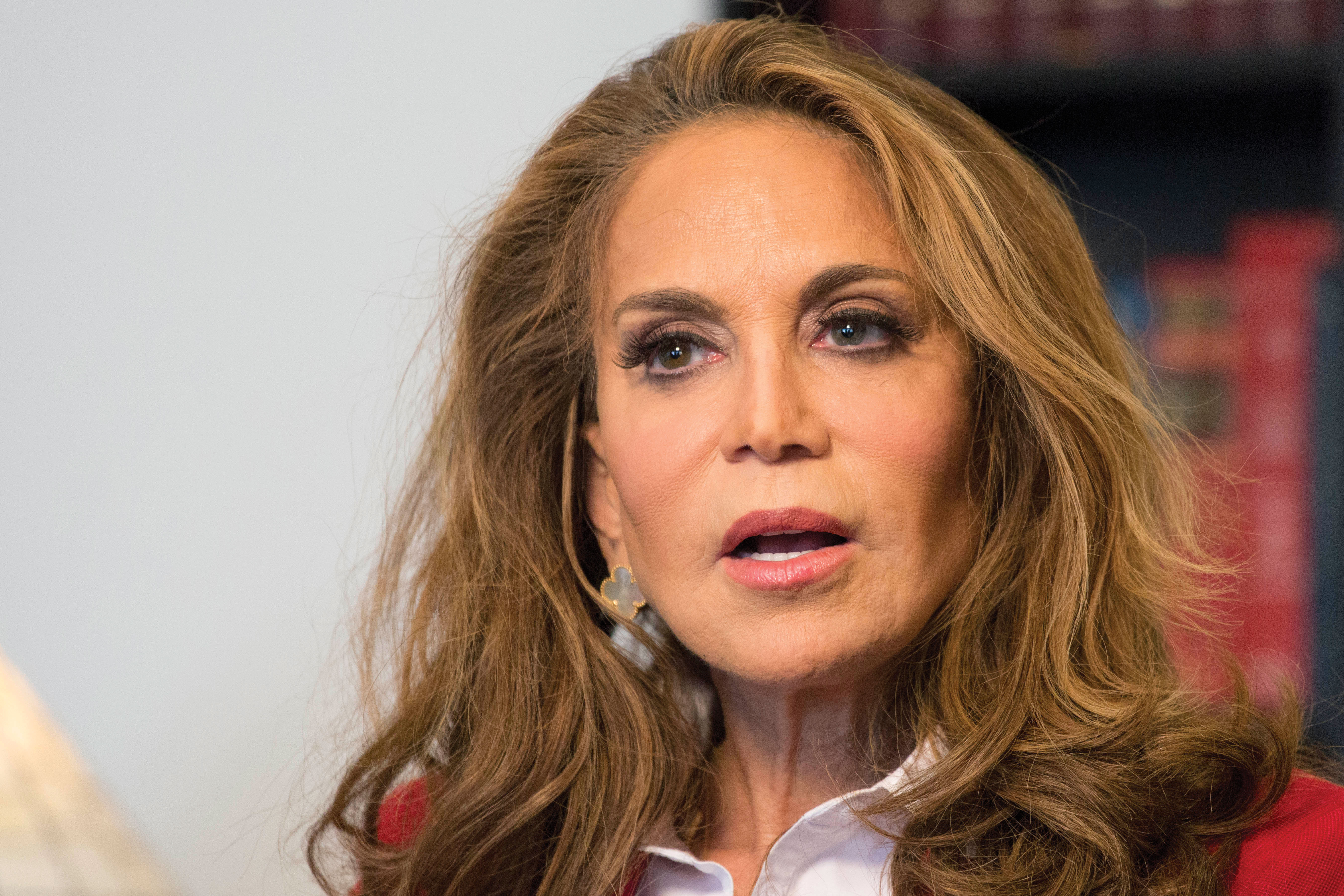 Even Juan Williams, a black Fox News contributor, told Geller during a joint appearance on the Fox show “Hannity” in late May that the ads were a bad idea. Williams told Geller, according to The Washington Post, that she seemed to be “trying to provoke” unnecessary controversies that could offend and demean Muslims.

Geller, champion of Islamophobia that she is, fired back, accusing Williams of being a “fierce” bully, who wants to “enforce the shariah.”

But these days, an F-bomb-dropping, assault rifle-carrying, pistol-packing ex-Marine with a clean-shaven head from Arizona is working hard to snatch from Geller the title of most cartoonish anti-Muslim activist in America. 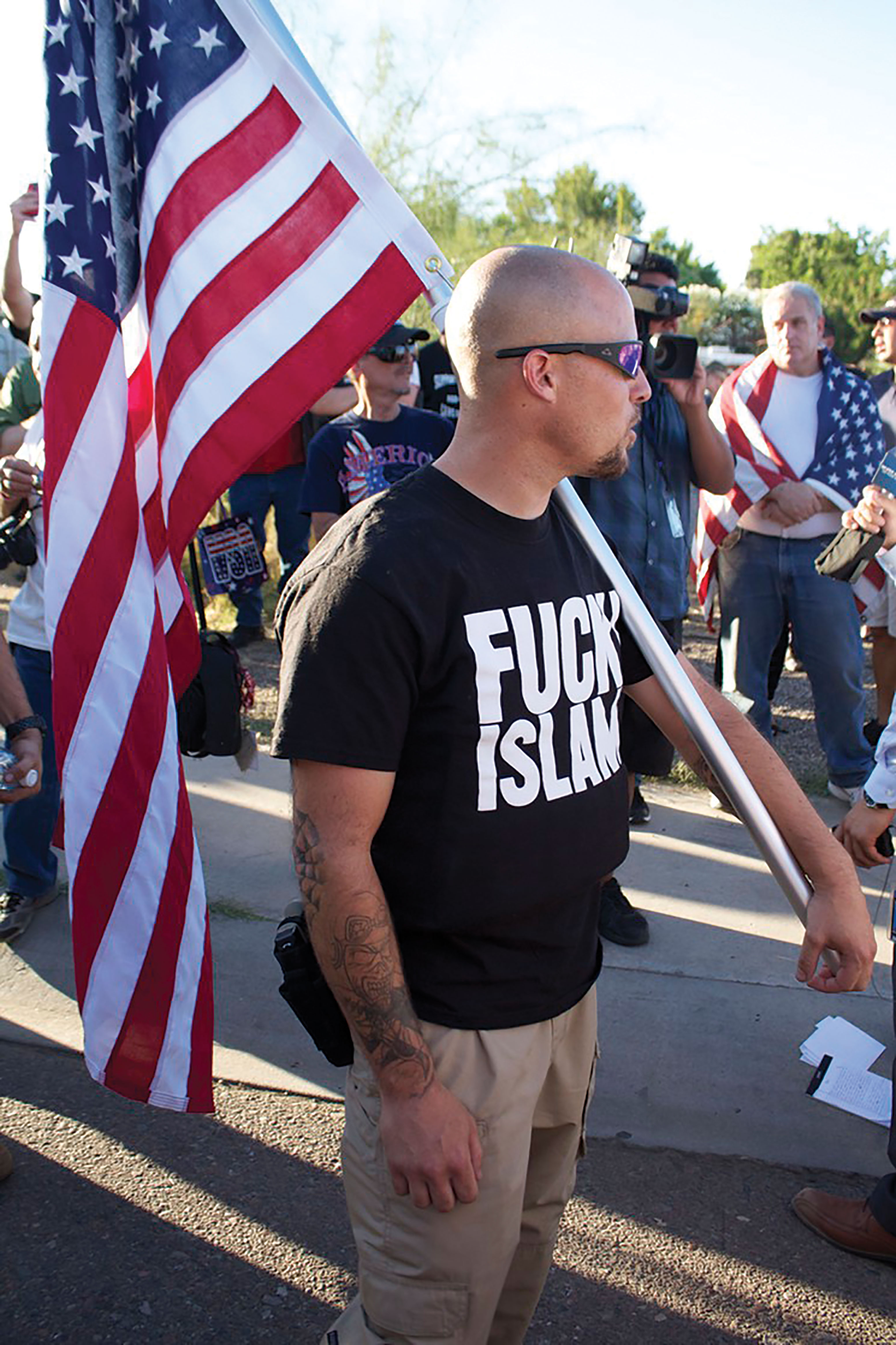 Savaging Islam: Jon Ritzheimer and Pam Geller seem to be vying for the title of the most obnoxious critic of a faith shared by more than 1 billion people.

His name is Jon Ritzheimer.

In late May, Ritzheimer held his own Prophet Muhammad cartoon-drawing contest in front of the Arizona mosque where the two men killed in Texas had worshipped. Ritzheimer asked contestants and supporters to come armed — and not to forget their American flags.

He also made up and sold special T-shirts for the occasion. Across the front of the shirts were the words, “F--- Islam.”

About 250 “mostly armed anti-Muslim demonstrators,” as the Post put it, answered Ritzheimer’s call. They were met by an equal number of counter-protesters “defending the faith.”

Phoenix resident Jason Leger, wearing one of Ritzheimer’s “F--- Islam” shirts, accepted an invitation to join the evening prayer, the Post reported. Inside the mosque, Leger took his shoes off. He kneeled. He learned. “I saw a bunch of peaceful people,” he told the paper. “We all got along. They made me feel welcome, you know.”

Apparently, the T-shirts weren’t selling well enough, because shortly after the rally Ritzheimer set up a GoFundMe page, seeking $10 million in donations to provide security for his family. He said he had been receiving death threats since the mosque protest and he needed to fortify his home.

“I refuse to profit from this and any additional funds will go to Children’s hospital,” he wrote on his page, according to the website Vocativ. “You Have My word on That! And should I decide to run for John McCain’s seat in the Senate that is up for grabs this election, money will go towards starting my campaign as well.”

But within a couple of days and just $115 of the $10 million goal raised, GoFundMe removed Ritzheimer’s page.