Jamaican dancehall star Buju Banton was considered a musical prodigy in 1988 when, at age 15, he recorded what remains one of his best-known tracks, “Boom Bye Bye.” Even in the difficult-to-decipher Jamaican slang known as patois, its chorus evokes violence and dread: Boom bye bye / inna batty bwoy head / Rude bwoy no promote no nasty man / dem haffi dead. (“Boom [the sound of a gunshot], bye-bye, in a f-----’s head / the tough young guys don’t accept f---; they have to die.”)

For those whose familiarity with Jamaican music begins and ends with Bob Marley, “murder music” — and its stubborn worldwide popularity — will come as a serious shock.

Gay and lesbian activists in Jamaica and throughout the Western world have spent years trying to slow the spread of murder music. The going is tough: Banton, a four-time Grammy nominee who has collaborated with renowned Haitian singer Wyclef Jean and the punk band Rancid, is but first among equals in a genre deeply rooted in Jamaican culture, whose stars include celebrated musicians like Beenie Man, Capleton and Sizzla Kalonji. The top-rated of 86 YouTube videos of Banton performing “Boom Bye Bye” has been viewed an astounding 3,217,409 times since it was posted in 2007. 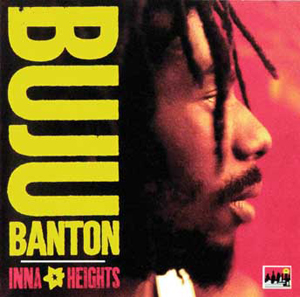 One "murder music" video by Buju Banton has been downloaded more than 3 million times.

The Stop Murder Music campaign is an international movement with activists on nearly every continent who urge sponsors to pull funding from offending artists, pressure venues not to book them, and organize boycotts and protests when they perform. Supporters of the musicians “say we’re attacking these artists because they’re homophobic,” said British human rights activist Peter Tatchell, international coordinator of Stop Murder Music. “That’s not true. We’re attacking them because they’re inciting the criminal offenses of violence and murder.”

Something surely is. According to the Jamaica Forum of Lesbians, All-Sexuals and Gays (J-FLAG), Jamaica’s only organization promoting LGBT rights, mobs assaulted at least 98 gay men and lesbians between February and July 2007 alone. Last year, J-FLAG recorded six cases of “corrective rape,” in which men forced themselves on women thought to be lesbians. More recently, in just the month of September, two women were subjected to corrective rape, J-FLAG said. The first was gang-raped by a group of four men; the second was held at knifepoint and raped after being forced to perform oral sex on her attacker.

The source of another oft-repeated statistic, that at least 35 Jamaicans have been killed since 1997 solely for being gay, is unknown; it is commonly but wrongly attributed to Amnesty International. In any case, powerful taboos against gays in Jamaica make compiling accurate statistics on anti-gay hate crimes difficult because victims and their families are afraid to come forward.

Murder music may be a trigger for anti-gay violence, but Jamaica’s cultural homophobia has deep historical roots. The island’s fundamentalist brand of Christianity and its indigenous Rastafarian religion both condemn homosexuality in the strongest terms. Buju Banton, Beenie Man, Sizzla, Capleton and others in the murder-music pantheon espouse Rastafarian beliefs.

Making matters worse, anti-sodomy laws criminalizing sex between men remain on the books in Jamaica and other former British colonies in the Caribbean. As a result, gay men are essentially viewed as criminals, making it nearly impossible for them to bring complaints about violence to the police. Though consensual sex between two women is not illegal, murder music nevertheless includes lesbians in its wrath.

Even politicians at times have conferred legitimacy on murder music. Dancehall group TOK’s track “Chi Chi Man,” about killing and burning gay men, was the Jamaican Labour Party’s 2001 theme song. Its lyrics: From dem a par inna chi chi man car / Blaze di fire mek we bun dem! From dem a drink inna chi chi man bar / Blaze di fire mek we dun dem! (“Those who gather in a f--’s car / Blaze the fire, let’s burn them! Those who drink in a f-- bar / Blaze the fire, let’s kill them!”) The melody of the chorus, ironically, evokes the Christian hymn, “Do You Hear What I Hear?” The most viewed of 99 “Chi Chi Man” YouTube videos had been seen 869,084 times as of mid-September. 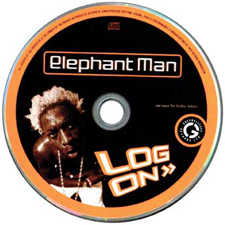 In 2002, the People’s National Party took on the slogan “Log On to Progress” — a reference to the dancehall song “Log On” by Elephant Man (seen 473,400 times on its most popular YouTube video), which also features violent anti-gay lyrics: Log on, and step pon chi chi man / Log on from yu know seh yu nuh ickie man./ Log on and step pon chi chi man /Dance wi a dance and a bun out a freaky man. (“Log on, and stomp on a f--/ Log on, because you know you’re not a f--/Log on, and stomp on a f--/We dance and dance and burn up a f--”).

The anti-gay atmosphere in Jamaica is so pronounced that gay activists must operate underground and behind aliases. Located in Kingston — ground zero for murder music — J-FLAG provides up-to-date information on songs, artists and anti-gay violence and acts as a general resource for Jamaica’s LGBT community, assisting with housing, medical care, legal complaints, and other civil and human rights issues. But the 12-year-old organization’s work is still so risky that the exact location of its office is secret, as are the identities of its three employees. “Jason McFarlane,” the most publicly available staffer, won’t reveal his real name and never appears in public in association with J-FLAG. Even so, he said, a few friends have recognized his voice from radio interviews and expressed concern for his safety.

Their fear is well founded. In June 2004, J-FLAG co-founder Brian Williamson, one of the only openly gay public figures in Jamaica, was stabbed to death in his home. A Human Rights Watch worker who happened to be in the country reporting on HIV/AIDs was at the scene an hour later, watching in horror as a gleeful crowd gathered outside Williamson’s house. According to her report, the revelers laughed and called out “Let’s get them one at a time” and “That’s what you get for sin,” and also sang lines from “Boom Bye Bye.”

The man who replaced Williamson as J-FLAG’s leader and media representative was much more careful to protect his identity. But on Valentine’s Day 2007, he and two other men were forced to seek refuge in a pharmacy after being pursued by a violent crowd. The shopkeeper provided shelter until police came to rescue them. But after dropping the men off at their homes, the officers realized one of them was J-FLAG’s spokesman. They allegedly began harassing him and threatening him. Eventually, the man fled Jamaica and sought asylum in Canada.

Jamaica has an unusually high level of violent crime by any measure. A 1998-2000 United Nations survey placed Jamaica third among countries with the most murders per capita, exceeded only by Colombia and South Africa. In the same survey, Jamaica was 14th in assaults per capita.

“A lot of what’s developed in society is that there is an inability to negotiate conflict,” McFarlane said of Jamaican culture. “There is no space for disagreement. The only way to settle a dispute is violence. If somebody steps on your foot, you react with violence before you have time to realize it’s a mistake.”

In such an environment, it is easy to incite anti-gay violence through music. “Particularly in the lower socioeconomic classes, dancehall music is their life,” McFarlane said. Fans “see these guys are superstars and they are influenced by what they are saying.” 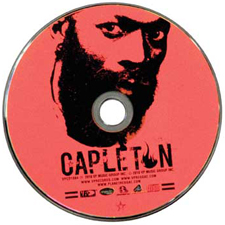 The Stop Murder Music campaign has had an effect on artists, especially in the United States and Europe, said McFarlane and Tatchell. Major sponsors have withdrawn, and boycotts and rallies have increased fans’ awareness of the issue. Dozens of performances and tours have been canceled, hitting artists where it hurts most: in their wallets. Also, as of April 2010, five artists known for murder music had had their U.S. visas revoked — though the Department of Justice refuses to say exactly why.

But when compassion closes a door, hate sometimes opens a window. McFarlane said the boycott’s international success has made life more difficult for the already-persecuted LGBT community in Jamaica. “What we have seen is an increase in threats against our GLBT community when international organizations and individuals call for boycotts,” he said. “In 2008 and 2009, we had a few clients report being threatened and even attacked because they were the people that want people to boycott Jamaica. In fact, our sentiment is that carrying out a boycott is not helpful because our community will also be threatened with the same risk of job loss coupled with the backlash locally.”

Moreover, murder music is welcomed in some African countries regardless of Western opprobrium.

“The King of Dancehall stuck a sword of words into gay people,” enthused Uganda’s Daily Monitor after Beenie Man’s December 2009 performance in Kampala. Uganda is perhaps the most virulently anti-gay country on the planet: In 2009, a member of parliament proposed to stiffen already harsh penalties for sodomy by adding the death penalty for gay “repeat offenders,” those who engage in same-sex acts with minors, and people with HIV/AIDS.

In February 2010, Sizzla Kalonji headlined the national celebration of Zimbabwean dictator Robert Mugabe’s 86th birthday. Mugabe rewarded him with the deed to a Zimbabwean farm.

The impact of Jamaican murder music in the United States — including any violence it may have provoked — is impossible to measure. But its popularity is evident from the huge number of video downloads, and the music and its words can easily be found elsewhere on the Internet, as well.

In Jamaica itself, murder-music concerts and radio play are almost impossible to repress. Anti-gay performances are practically a compulsory part of dancehall musicians’ repertoire, McFarlane said. Increasingly aware that overt references to violent acts towards gays could damage their marketability abroad, artists walk the line by inventing new slang and making their lyrics more obscure.

McFarlane, who is gay, was doing volunteer work for J-FLAG when its previous leader was forced to leave. He said he “jumped at” the opportunity to become a full-time employee. Of the personal risks he takes by representing J-FLAG, he said, “It’s all relative, and most times I try not to think about it. Because the truth is, the work has to be done."