Incidents of apparent hate crimes and hate group activities listed here are drawn primarily from media sources. These incidents include only a fraction of the approximately 195,000 reported and unreported hate crimes that a 2011 Bureau of Justice Statistics report estimated occurred annually between 2003 and 2009.

This listing carries a selection of incidents from the second quarter of 2011. Any additional listings can be found on the Intelligence Project’s hate incidents page.

ARKANSAS
Little Rock • May 16, 2011
Sean Popejoy, 19, pleaded guilty to one count of committing a hate crime and a second conspiracy count and Frankie Maybee was found guilty on May 20 of five counts of committing a federal hate crime and one count of conspiring to commit a federal hate crime in connection with a June 2010 attack on five Latino men. Popejoy and Maybee followed the Latino men’s vehicle and rammed it with their truck, causing the men’s vehicle to crash and burst into flames. All five men were injured.

CALIFORNIA
Arroyo Grande • April 27, 2011
Two 15-year-olds and one 14-year-old were arrested on suspicion of hate speech, burglary, vandalism and criminal conspiracy after graffiti that included swastikas and racial and ethnic slurs was written in classrooms at a middle school where the teens were former students.

Calabasas • April 23, 2011
Swastikas and anti-Semitic and racial epithets were spray-painted on doors, walls, sidewalks and a stop sign on a high school campus. Three students were arrested on suspicion of vandalism.

Coto de Caza • April 6, 2011
A man was allegedly beaten and robbed in a park by two men who shouted anti-Semitic epithets. Matthew Gregor Branstetter and Nolan John Wickham, both 19, were charged with aggravated assault and second-degree robbery with hate crime enhancements. 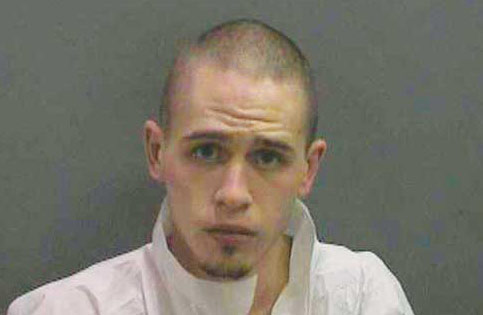 Elk Grove • June 5, 2011
Joel Olivarez, 30, was charged with aggravated battery as a hate crime after he allegedly shouted anti-gay slurs and attacked a man in the parking lot of a bowling alley.

Escondido • May 3, 2011
Richard Jason Mazon, 18, was arrested on suspicion of assault with a deadly weapon, exhibiting a deadly weapon, criminal threats, a hate crime and carrying a concealed weapon for allegedly threatening a black man with a hatchet and yelling racial epithets at him in a parking lot.

Santa Ana • June 19, 2011
Marten Joseph Brandel, 45, was arrested on suspicion of a hate crime for allegedly hanging a noose in the doorway of a gay rights organization in October.

Santa Monica • May 4, 2011
A black high school student allegedly found a brown mannequin with a noose tied around its neck in the school’s wrestling practice room. The student then was allegedly chained to a locker by two fellow members of the wrestling team who made racial remarks.

Vallejo • May 14, 2011
Racial epithets were written on the doorway and mailbox of a community radio station founded by a black man. The slurs were also written on a vehicle owned by the man’s son.

CONNECTICUT
Bridgeport • June 22, 2011
William Bolton, 32, a former member of the white supremacist group Battalion 14, was sentenced to 2 1/2 years in prison and three years of supervised release for robbery, conspiracy and sale of a firearm to a felon after he participated in a plan to sell a sawed-off rifle to members of the Ku Klux Klan in 2010. 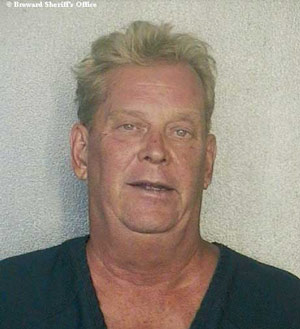 FLORIDA
Davie • April 25, 2011
A gay man was allegedly punched and kicked by a man who shouted anti-gay epithets. John William Koontz, 62, was charged with aggravated battery and a hate crime. The victim also alleged Koontz has verbally harassed him in the past.

Tampa • May 3, 2011
Marc A. Balentine, 42, a reported member of the white supremacist European Kindred, was sentenced to more than seven years in prison for selling pipe bombs to undercover agents. Balentine pleaded guilty to the crime in January.

ILLINOIS
Chicago • April 20, 2011
William A. White, founder of the neo-Nazi American National Socialist Workers Party, was freed after spending more than two years in prison, This followed a judge’s decision to throw out a January jury decision that convicted White of using his website to encourage violence against the foreman of a jury that convicted a fellow white supremacist in 2004.

Chicago • June 26, 2011
Tires on floats in the annual gay pride parade were punctured the day after the New York state senate voted to legalize gay marriage.

LOUISIANA
Houma • April 17, 2011
William Blackford, 52, was charged with simple criminal damage to property and committing a hate crime for allegedly kicking a glass door of a shop out because the owners are Muslim. Police said Blackford called them to say he did it because of the owners’ heritage, saying, “I want to kill them all. We need to get them out of our country.”

Lecompte • April 28, 2011
Johnny Mathis, 47, pleaded guilty to interfering with the right to fair housing and using a firearm during a crime of violence. Mathis fired a gun at the home of three Latino neighbors in 2008 during a racially motivated attack.

Shreveport • April 28, 2011
Jeremy Matthew Moro, 33, and Joshua James Moro, 23, were sentenced to a year and a day in prison for their roles in a 2008 cross burning near the home of an interracial couple.

MAINE
Portland • May 2, 2011
Anti-Islamic graffiti was painted on the city’s largest mosque following the death of Osama bin Laden.

MARYLAND
Poolesville • June 13, 2011
Graffiti that included a swastika, an ethnic slur and the letters “KKK” was spray-painted on the basketball court and outside walls and windows of a high school. Two 16-year-olds and a 14-year-old were charged with burglary and destruction of property.

MASSACHUSETTS
Lowell • May 31, 2011
Shamon J. Jarrett, 45, was charged with two counts of civil rights violations for allegedly yelling racial slurs at a Latino police officer who intervened in a confrontation between Jarrett and another man, who said Jarrett told him to “go back to (his) country.”

Springfield • June 28, 2011
A gay man allegedly was beaten by nine people, some of whom yelled anti-gay slurs. Shay Andre Edwards, 19, and eight juveniles were charged with robbery and civil rights violation with injury.

Woburn • June 1, 2011
William Tronsen, 41, pleaded guilty to charges of attempted arson of a dwelling, attempt to burn a motor vehicle, civil rights violation, malicious destruction of property and filing a false police report after he screamed racial slurs as he attempted to set fire to a duplex where his ex-wife, who is black, and his Cambodian neighbors lived in December 2009.

MICHIGAN
Southfield • May 12, 2011
A vehicle owned by a Muslim man of Indian heritage was vandalized and an ethnic slur was written on it.

NEW JERSEY
Montgomery • May 7, 2011
A racial epithet was spray-painted on a wall outside a high school.

Newark • June 20, 2011
Alrashim Chamber, 24, was indicted on murder and bias intimidation charges for allegedly killing Victoria Carmen White, a transgender woman he met at a nightclub in September 2010.

NEW YORK
Binghamton • May 14, 2011
A swastika was spray-painted on the walkway of a bridge.

Brooklyn • June 28, 2011
A Turkish man and woman were allegedly attacked by a next-door neighbor who yelled anti-Arab slurs and called them terrorists. Simchon Schwartz, 46, was charged with felony assault and felony criminal mischief, both as hate crimes; resisting arrest, obstructing police, menacing and harassment after he allegedly shoved the woman against a car and poured beer on her head and then punched her husband in the face.

New York • June 1, 2011
Javier Ortiz Jr., 16, was charged with menacing and aggravated harassment, along with weapons possession and hate crime charges, after he and six other people allegedly used anti-gay slurs and threatened to beat up a man.

New York • June 23, 2011
Six teenagers were each charged with murder as a hate crime for allegedly making anti-gay remarks and then beating and stomping to death an 18-year-old youth the teens believed to be homosexual.

Queens • June 5, 2011
Gustavo Rojas, 26; Abel Cabrera-Rojas, 31; and Luis Franco, 27, were arrested for allegedly using anti-gay epithets and punching and kicking two women and one man after a gay pride parade.

OKLAHOMA
Sapulpa • June 23, 2011
A burned cross was left on the lawn of a black church.

Pittsburgh • June 25, 2011
White supremacist Richard Poplawski, 24, was convicted of three counts of first-degree murder and 25 other crimes in connection for the deaths of three Pittsburgh police officers in a 2009 ambush. He was given three consecutive death sentences. 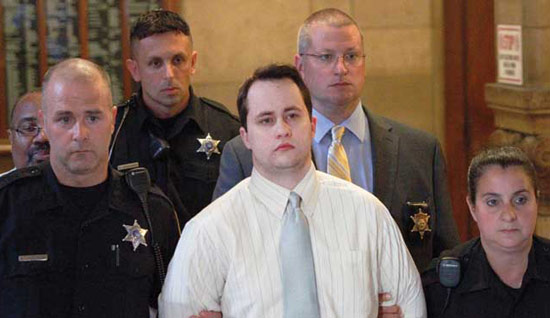