After a months-long campaign by the Southern Poverty Law Center (SPLC) and others, Reddit, a huge online bulletin board, finally decided in August that some of its most racist, hate-filled Web forums violated its standards and were making Reddit “worse for everyone else.”

Making that decision did not come quick or easy. In July, according to Wired magazine, Reddit’s new CEO, Steve Huffman, first attempted to simply “quarantine” the forums — known as “subreddits” — behind E-mail verification gates. A few weeks later, however, Huffman announced the racist subreddits were being banned outright.

“We are banning a handful of communities that exist solely to annoy other redditors, prevent us from improving Reddit, and generally make Reddit worse for everyone else,” the CEO said in a statement.

Before “CoonTown” and the like were kicked to the curb, Reddit banned a subreddit called “GasTheK----,” a move that did not sit well with Andrew Anglin, the founder and operator of the neo-Nazi website, Daily Stormer. Anglin said that banning the forum in July appeared to be “the beginning of the end of one of the very last remaining free speech outlets on the internet” and was an overreaction because the title “GasTheK----” was “in jest, and was not really calling for the gassing of k----.” 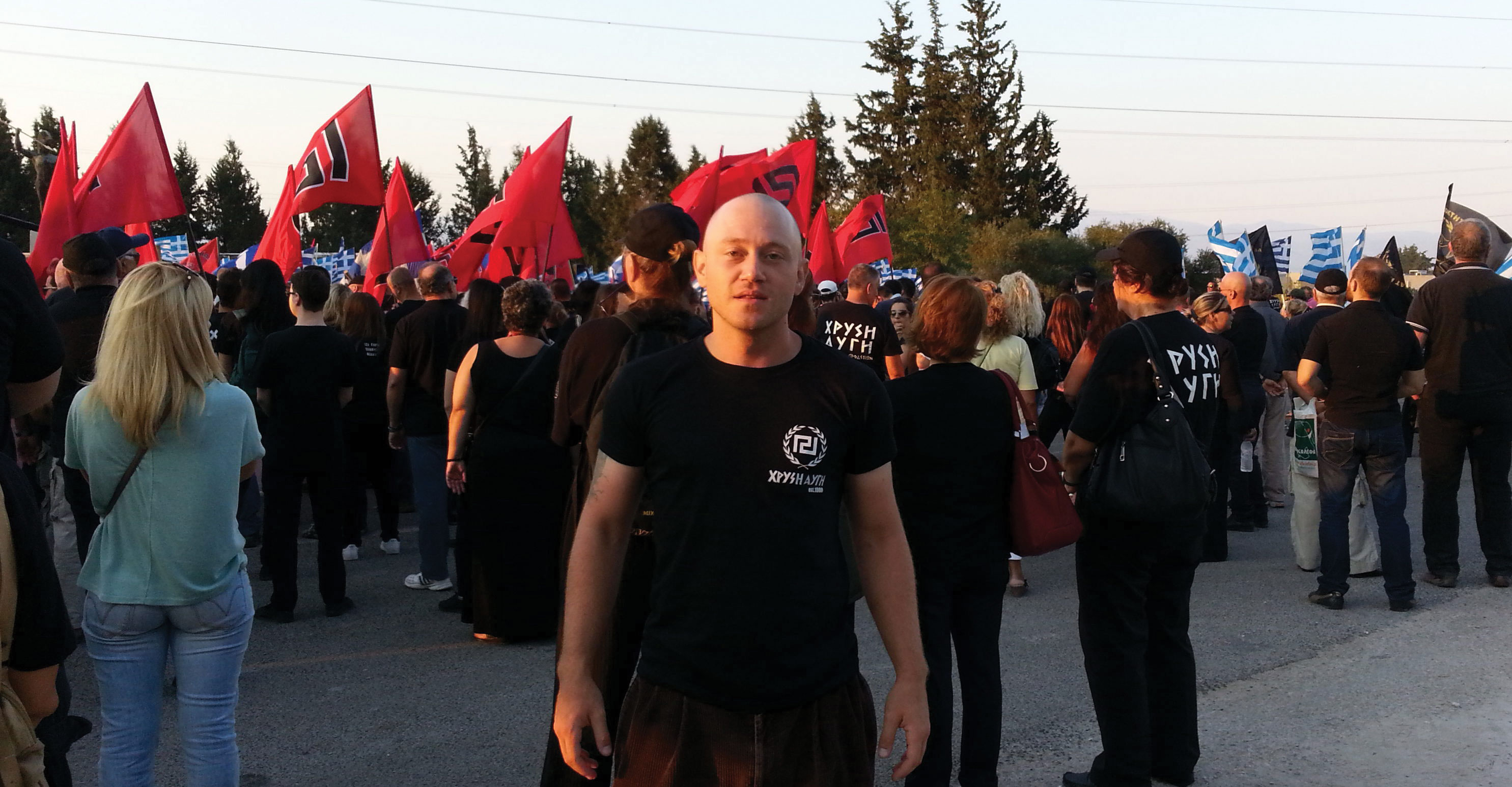 Nazis of a feather: Andrew Anglin, who has spent time with members of the fascist Golden Dawn group in Greece, was enraged by Reddit’s banning of the “GasTheK----” forum. (Dailystormer)

The world of online hate has long been dominated by crude and blatant racists and neo-Nazi Web forums such as Stormfront and Vanguard News Network. But Reddit is different and much, much bigger. It was recently spun off into its own independent entity from Advance Publications, the parent company of Conde Nast.

Getting Reddit to smell the electronic crosses burning was only one front in the SPLC’s campaign to pressure respectable websites to stop doing business with and thereby enabling Internet racists.

In the wake of revelations that Dylann Roof, the alleged Charleston, S.C., church shooter, was “awakened” to the “epidemic” of so-called black-on-white crime by the Council of Conservative Citizens (CCC), PayPal — one of the world’s largest online money transfer services — suspended the white nationalist hate group’s account after being contacted by the SPLC.

Despite moving to suspend the CCC’s account after the racially charged church massacre in June (see story, p. 20), PayPal had been well aware of its part in helping the group raise money. On multiple occasions over the past year, the SPLC had contacted the organization about more than 60 known hate groups using PayPal’s services to solicit donations and sell merchandise used to fund hate.