“Oklahoma City, I can tell you, is probably considered one of the largest centers of Islamic radical activity outside the Middle East,” Emerson claimed, speaking while the building’s rubble still smoldered over the corpses of 168 men, women and children. The bombing, he declared, “was done with the intent to inflict as many casualties as possible. That is a Middle Eastern trait.” Emerson went on to instruct CBS’ audience not to believe Islamic groups’ denials of involvement.

The next day— still before any suspect was identified — an Iraqi refugee named Suhair Al Mosawi was at home a few miles from the city with her 2-year-old daughter when a hail of bricks smashed her windows. Seven months pregnant, the terrified Muslim woman fled with her child to a bathroom, where she began to miscarry. Racing to the hospital a short while later, according to an account in The Boston Globe, her husband asked her to take off her veil, hoping to avoid still more abuse.

Less than 24 hours later, authorities fingered Timothy McVeigh, who had been arrested north of the city on unrelated charges 90 minutes after the bombing, as the primary suspect in the massacre. He was a white, native-born American, a U.S. Army veteran who had no connection to Islam. But for Suhair Al Mosawi and her stillborn baby boy, the revelation that Muslims had nothing to do with it arrived too late.

Steve Emerson was not the only pundit suggesting that the attack came from Muslims, although his comments were probably the most intemperate. And he was not responsible, in any direct way, for Al Mosawi’s miscarriage.

But it was an ugly lesson that Americans would do well to remember.

The Sources of Terror
I was in Oklahoma City on April 19, 1995. I got there within three hours of the blast, while the shattered remains of the federal building were still in flames, and it was an experience I will never forget. The hurt that afflicted that small city — virtually every resident knew a victim, or at least knew someone who knew one — is hard to fathom now if you weren’t there. Grief for the murdered, especially the 19 small children obliterated in their day care center, was overwhelming.

The slaughter was a wake-up call for Americans in general and law enforcement in particular. Even authorities who had long been reluctant to describe violent American radicals as terrorists had to change their tune. McVeigh had definitively shown that terrorists come in all sizes, shapes, and colors. The fact that he was American didn’t mean he wouldn’t kill other Americans.

A vast number of anti government plots by American radicals followed, some of them intending huge numbers of casualties. In the case of one 1997 Klan conspiracy in Texas, which involved blowing up a natural gas refinery outside of Fort Worth, as many as 30,000 people would have died if the plotters had not been stopped, according to federal authorities. But after the Al Qaeda attacks of 2001, law enforcement attention swung back hard to foreign jihadists.

While that is not difficult to understand — close to 3,000 Americans were murdered that day — the reality of domestic threats suggests a more evenhanded approach. A count by the New America Foundation last year found that right-wing extremists had killed 34 people in the United States since 9/11, while “terrorists motivated by al Qaeda’s ideology” had slain 21. According to New America’s Peter Bergen and David Sterman, none of the jihadists had acquired or used chemical or biological weapons, but 13 right-wing extremists had.

“Despite this history of deadly violence by individuals motivated by political ideologies other than al Qaeda, it is jihadist violence that continues to dominate the news and the attention of policy makers,” the article warned.

Our research at the Southern Poverty Law Center backs up that view. The numbers of hate groups—and especially antigovernment “Patriot” militia groups—surged after the first election of Barack Obama in late 2008. Although those numbers have fallen somewhat in the last two years, terrorist and other extremist violence has climbed back to levels similar to those of the 1990s, during the first wave of the militia movement. A recent SPLC study found that in the last six years, such incidents have occurred, on average, every 34 days.

Homegrown extremists have managed, in some cases, to gather highly destructive materials for weapons. In 2003, FBI agents raiding the home of William Krar, as well as storage facilities he had rented, found more than 500,000 rounds of ammunition, 65 small bombs, and almost two pounds of sodium cyanide. They also found components to turn the cyanide into bombs that could kill thousands. Krar pleaded guilty to possession of a chemical weapon and later died in prison.

Extremism in the Mainstream
There is one important difference, however, between the radical right during its last historic peak of the 1990s and the new peak during the last half dozen years. Today, extremist ideas have penetrated the mainstream.

In Oklahoma City in 1995, it was jarring enough to hear Chuck Harder, a conspiracy-monger supportive of many Patriot anti government claims, on air for several hours a day, even in the aftermath of the bombing. Around the country, there were also a number of state legislators, sheriffs, and even one congresswoman — Helen Chenoweth (R-Idaho), called the “poster child for the militias” by the Idaho Statesman — who essentially endorsed the baseless conspiracy theories of the Patriot movement.

But there were limits. Most Americans didn’t swallow the propaganda.

That is less true today. Many theories originating on the radical right have become fodder for “mainstream” politicians and many others. The Republican National Committee just a few years ago endorsed the John Birch Society-promulgated myth that a toothless United Nations plan, Agenda 21, is actually a Marxist plot to impose socialism on the United States. State after state has passed or at least voted to ban the imposition of Shariah religious law on U.S. courts — even though that is impossible under the Constitution. U.S. Rep. Duncan Hunter (R-Texas) claimed with zero evidence recently that fighters with the Islamic State have been sneaking into this country since last year.

Just this year, hundreds of state laws have been proposed that would unconstitutionally “nullify” federal statutes, such as those related to gun control. In California, attorney Matt Gregory McLaughlin of Huntington Beach last month paid fees to officially propose a ballot initiative, the “Sodomite Suppression Act,” that would authorize the execution by “bullets to the head or by any other convenient method” of any person who engages in gay sex acts, among other things.

At the SPLC, we estimate that hundreds of sheriffs and other law enforcement officials have joined radical groups like the Oath Keepers and the Constitutional Sheriffs and Peace Officers Association, both of which traffic in right-wing conspiracy theories and baseless propaganda. 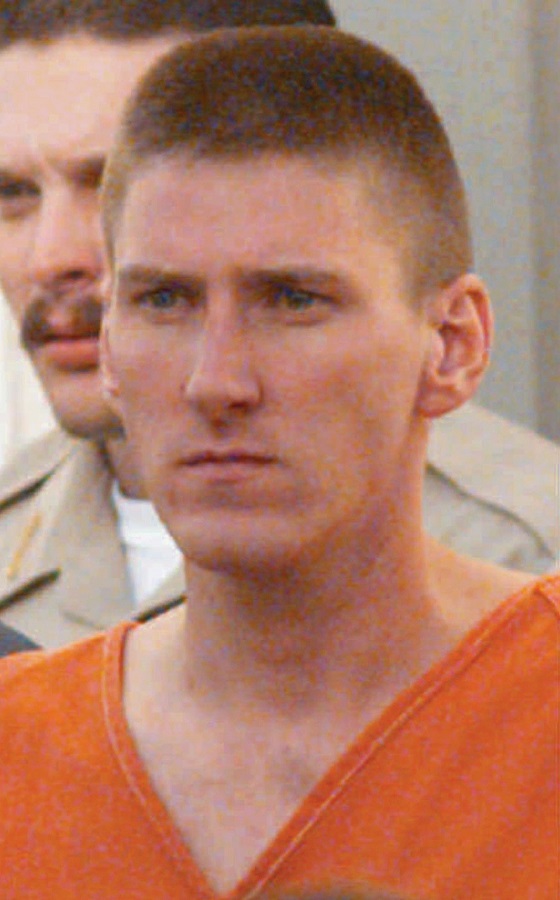 Timothy McVeigh’s murder of 168 people brought attention to the world of radical “Patriot” militias, whose ideas he had largely adopted.

Death and Oklahoma City
At the same time, threats and violence from the radical right continue at a disturbing level. In just the past year, federal agents arrested a Texas man they said was plotting to rob banks, kill police officers, and blow up government buildings. A neo-Nazi in Kansas allegedly murdered three people at Jewish centers. Another neo-Nazi, this one in Florida, was charged with 10 counts of attempted murder after police were fired on near his home. A Georgia man with antigovernment views was killed while attempting to storm a courthouse. A radical couple murdered two Las Vegas police officers and a third man. Extremists in California, Texas and Utah allegedly attacked police or plotted to do so. In Austin, Texas, a white supremacist opened fire on police headquarters, a federal courthouse and the local Mexican consulate.

Twenty years after Timothy McVeigh destroyed the Alfred P. Murrah Federal Building and much of downtown Oklahoma City, the American radical right is again large and dangerous, comprising close to 1,700 groups and hundreds of thousands of individuals. Terrorism has risen again to the levels of the 1990s, with many afraid that the next attack on the scale of Oklahoma City could come at any time. And radical ideas have permeated much of our increasingly polarized political process, distorting our thinking and deflecting efforts to make ours a better country.

These threats to democracy are not the only ones we face as a nation. There is no question that, among many other dangers, the specter of jihadist violence is entirely real. But we must avoid being swayed by ideologues and discredited “terrorism experts” who obsessively point to their own particular bêtes noires while ignoring or dismissing the very real prospect of domestic terror.

To do otherwise would be to dishonor the 168 souls who were murdered by a violent, all-American terrorist on a sunny day in Oklahoma two decades ago.