Angelo John Gage, infamous white nationalist, is into the human potential movement — and what it can do for racists

When he isn’t making YouTube videos warning of “white genocide” or leading his youthful band of white nationalists on to college campuses to protest, among other dark fantasies, the Marxist takeover of American higher education, Angelo John Gage is on the lookout for clients who have problems with
“[n]egative emotions, stress, uncontrollable urges/behaviors, anxiety, irrational fears/phobias, traumatic memories, anger, resentment, weight, smoking cessation and much more.”

At 31, Gage, a former Marine and failed congressional candidate from New Jersey, is the chairman of the National Youth Front, the youth wing of the radical-right hate group, American Freedom Party. 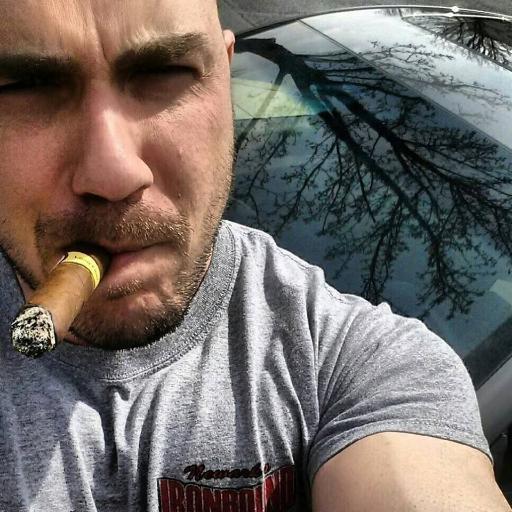 He is also a professional “life coach” and devoted practitioner of “NLP (Neuro-Linguistic Programming) and Hypnosis strategies,” made famous by self-help infomercial king Tony Robbins.

Robbins’ motivational teachings, Gage says on his website offering counseling services via phone, Skype or in-house sessions, “greatly helped me, and as I experienced results, I became inspired to be like him so I began my own training as a NLP Practitioner in 2009.”

A year later, Gage says, he graduated from something called the International Center for Positive Change and Hypnosis.

NLP is a controversial communication and personal development methodology. Although some call it a scam, millions of people — from the broke to billionaires and even, it seems, to bald-headed white nationalists — gobble up Robbins’ self-help books and videos.

For Gage, NLP is also apparently a weapon. On his blog, “Angelo John Gage: March against Marxism,” Gage wrote last year that NLP, “when used properly, is like a mind-hacking program that can be used for good or bad.” “The reason why I’m talking about NLP in this article,” he added, “is because our enemies are using it against us.”

“Notice,” he explained, “how the Marxists are always trying to censor certain words and phrases by labeling them as ‘hateful,’” while “creating a politically correct matrix.” That makes it hard “to wake up our fellow brothers and sisters,” a state of affairs “exacerbated because of the Marxists’ control of the media which enables them to disseminate their hypnotic language to our folk across the world on a daily basis … ultimately leading them to commit racial and cultural suicide.”

Now there are some “negative emotions.”

Robbins no doubt would be appalled by Gage’s politics, which include a heavy dose of racism. Shortly after nine African-American worshippers were gunned down last June at a historic black church in Charleston, S.C. — allegedly by a 21-year-old white racist — Robbins tweeted, “Sound off and help to annihilate Racism and its symbols!”

Gage, in a YouTube video posted the day after Robbins’ tweet, had a take a little more along the lines of “irrational fears/phobias”: The shooting was being used as another excuse “to blame white people” and “to take our guns,” leaving the “psychopathic, tyrannical government” with all the firepower. He even questioned if the shooting had really happened.

He added, however, that if the shooting “happened the way we’re told, it’s a horrible thing. I condemn that.”
Gage was born in Italy and brought to America when he was 2. He says he joined the Marines at 17, not long after watching the Twin Towers come down on 9/11. He served two tours in Iraq and came home a corporal, apparently haunted by the experience. “When I returned to civilian life after I completed my four years of service,” he writes on his NLP website, “I realized that I had become lost, confused, and depressed. It was my own personal struggles that led me to discover the self-help world.”
And that world, it turns out, can be helpful even to racist activists like Gage. He gives an example on his blog of NLP in action, an imaginary conversation between two people — A and B — discussing what Gage calls “Eurocide.”

A: Have you heard about Eurocide (white genocide) going on today?

B: No. What the hell are you talking about?

A: It is the deliberate destruction of the indigenous European people, their nations and their cultures through anti-European policies perpetrated by anti-European forces.

B: That is ridiculous. That is not happening! White people rule the world!

A: How do you know it’s not happening?

B: Because I don’t see it happening!

A: So you have eyes that can see everything happening on this planet?

The theoretical exchange continues until Mr. B begins to see the contradictions in his thinking and asks to see some websites about Eurocide — one more victory for NLP, and for the Aryan race.

“Next time you are debating someone,” Gage earnestly advises his fellow white nationalists, “try some NLP.”