Osama bin Laden is dead, and Al Qaeda’s ability to strike from afar is fading. But homegrown jihadists are proliferating

On Sept. 8, 2009, Najibullah Zazi rented a car in Colorado and drove to New York City, where he had spent his childhood. His visit was no social occasion. For two months, he had been buying chemicals from beauty supply stores so that he could make triacetone triperoxide, a highly explosive compound favored by Islamic terrorists and dubbed by them the “Mother of Satan.” Zazi and two friends planned to strap explosives to their bodies, board trains at two of the city’s busiest subway stations — Grand Central Station and Times Square — and blow themselves up during rush hour.

If not foiled by an FBI investigation, the suicide bombing undoubtedly would have killed and maimed many New Yorkers — and sent shockwaves of terror across America.

Nearly eight months later, on May 1, 2010, Faisal Shahzad parked a Nissan Pathfinder along West 45th Street near Times Square. Inside was a crudely built incendiary device containing three 20-gallon propane tanks, 152 M-88 firecrackers and a metal gun locker filled with 250 pounds of urea-based fertilizer. Fortunately, a T-shirt vendor spotted smoke coming from the SUV, and the device was defused by a bomb squad. It’s unlikely it would have exploded because of its faulty construction, but if it had, police said, it packed enough wallop to send a fireball high into the Manhattan sky and spray pedestrians in the crowded theater district with killing shrapnel.

Zazi and Shahzad shared something in common: Both are Muslim extremists who received explosives training at terrorist camps in the northern Pakistan region of Waziristan, along the Afghanistan border. Zazi’s laptop, in fact, contained images of nine pages of hand-written notes on how to make and handle bombs.

But what makes them even more significant is that they represent a new and growing breed of Islamic terrorists who threaten America — homegrown jihadists who were radicalized in the United States. Zazi, though Afghani, is a legal resident of the U.S.; Shahzad is a naturalized citizen from Pakistan.

Ten years after the September 11 attacks, which killed nearly 3,000 people and led to two protracted foreign wars, U.S. intelligence and law enforcement officials say that homegrown Islamic extremists are now more worrisome in many respects than the type of foreign Al Qaeda operatives who flew planes into the World Trade Center and Pentagon. 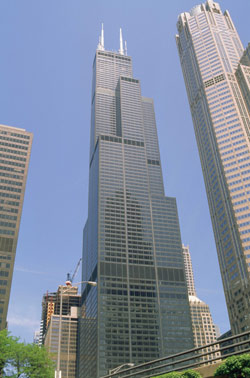 “One of the most striking elements of today’s threat picture is that plots to attack America increasingly involve American residents and citizens,” Homeland Security Secretary Janet Napolitano told Congress in February.

There is little question that after a decade of America’s “War on Terror,” Al Qaeda’s ability to strike the United States has been reduced significantly. The dramatic killing of Osama bin Laden by a team of U.S. Navy Seals in May only underscored that success. The fact is, Al Qaeda has not been able to carry out an attack in the West since the 2005 bombings in London.

But terrorist groups like Al Qaeda and their affiliates have adapted — and adopted a new strategy. They “are trying to inspire individuals in the West to launch their own, smaller-scale attacks, which require less of the advanced planning or coordination that would typically raise red flags,” Napolitano said. “The logic supporting these kinds of terrorist plots is simple: They present fewer opportunities for disruption by intelligence or law enforcement than more elaborate, larger scale plots by groups of foreign-based operatives.”

These plots also rely on people who are well-versed in the language, the culture and the vulnerabilities of the United States — and who have no trouble getting into or moving around the country. While attacks may be inspired by Al Qaeda and its extreme ideology, they are now mostly carried out without operational support from the group, either by “lone wolves” or small cells operating independently. In some cases, the radicalized Americans receive training at terrorist camps overseas or — like the New Mexico-born cleric Anwar al-Awlaki — actually join terrorist groups in Yemen, Somalia, Pakistan or elsewhere.

A report by the Congressional Research Service in December found that jihadist plots by U.S. citizens or permanent residents have increased substantially in the past several years. In the nine years between 9/11 and last November, the Department of Justice lodged criminal charges in 43 such plots or attacks. Slightly more than half of those, 22, occurred since May 2009 — an ominous sign.

The success rate of these homegrown jihadists is, thus far, abysmal. Experts say their terrorist tradecraft is generally poor, and many are simply incompetent. A great number of planned attacks have been thwarted by FBI investigations involving undercover informants. Only two plots, both by lone gunmen in 2009, resulted in deaths. But just one successful attack can have a devastating impact. The deadliest occurred on Nov. 5, 2009, when Army Major Nidal Malik Hasan, a Virginia native, allegedly opened fire on soldiers at Fort Hood, Texas, killing 13 and injuring 43. Five months earlier, on June 1, U.S.-born Muslim convert Abdulhakim Muhammad allegedly killed an Army private and wounded another at a military recruiting station in Little Rock.

What would inspire Hasan and Muhammad to commit such acts? How do Islamic terrorists persuade American citizens or immigrants living here to join their quixotic but deadly quest for a totalitarian, global caliphate ruled by Islamic fundamentalists? Who is most susceptible to the anti-Semitism and other hatreds spread by these terrorist organizations?

These questions have been the subject of intense scrutiny over the past two years as U.S. officials have struggled to respond to this emerging threat. At the same time, the government has intensified efforts to combat a sprawling network of propagandists, clerics, radical Islamic organizations and other facilitators who play key roles in the radicalization and recruitment process. 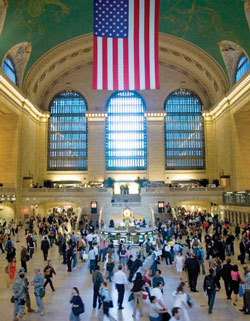 While experts say it is impossible to predict who will become a jihadist, there is one commonality in virtually every case of an American becoming radicalized and attempting to either join a terrorist group or launch an attack at home: the Internet.

In recent years, there’s been a phenomenal growth in the number and sophistication of English-language jihadist websites and chat rooms, making the message of violence and its ideological underpinnings far more accessible than in the past. These sites typically contain rhetoric that demonizes Jews and justifies the slaughtering of innocents in the name of Islam. Some sites, increasingly, specialize in do-it-yourself instructions for potential terrorists.

A widely cited 2007 study of radicalization by the New York Police Department found that the Internet is both a “driver and enabler” in the radicalization process. First, it “provides the wandering mind of the conflicted young Muslim or potential convert with direct access to unfiltered radical and extremist ideology.” Second, “it allows the aspiring jihadist to view the world and global conflicts through this extremist lens.” Third, it “serves as an enabler — providing broad access to an array of information on targets, their vulnerabilities and the design of weapons.”

Many of the homegrown extremists arrested on terrorism charges are known to have frequented extremist websites early in the radicalization process. A typical example is Bryant Neal Vinas. He grew up on Long Island and converted to Islam after being discharged early from the Army following basic training. He began visiting pro-Al Qaeda websites, and then attended Al Qaeda training camps in Pakistan. After he was arrested in 2008, he admitted that he plotted with terrorists to bomb the Long Island railroad and helped fire rockets at a U.S. military base in Afghanistan. 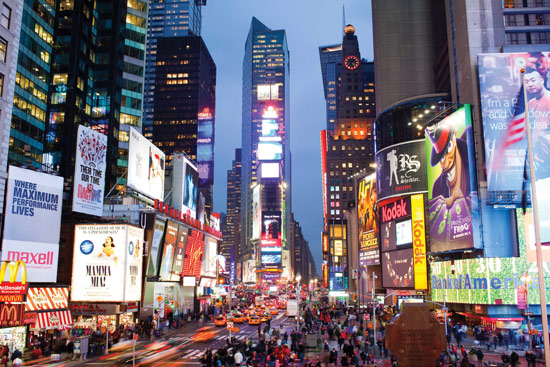 While some Americans may believe that Muslim communities are teeming with young men anxious to fight on the side of Al Qaeda, that simply isn’t the case. The vast majority of Muslims reject extremist ideology and violence. Those who have studied the radicalization process say that deeply held religious beliefs typically are not the primary motivation for joining jihad; for many recruits, it’s more about gaining a sense of identity or the prospect of glory on the battlefield. A Rand Corporation report in 2010 found that only about 100 Muslims in this country have joined jihad — about one in 30,000, based on a population estimated to be 3 million. A Pew Research Center poll in 2007 found that only 5 percent of American Muslims expressed a positive view of Al Qaeda. And, a study released this February by the Triangle Center on Terrorism and Homeland Security in North Carolina, found that Muslims have been the top source of tips to law enforcement that thwarted terrorism attacks.

Still, though they are not part of the Muslim mainstream, there is no denying that a constellation of homegrown Islamic extremists is operating within our borders — part of a concerted strategy to turn Americans into terrorists. What follows are profiles of 10 leading Islamic extremists who have become radicalized while living in the United States. Some use the pulpit to spread a theology of hate and violence. Some use their Internet savvy to radicalize others, to network and to disseminate instructional materials. Some fight for their newfound cause alongside terrorists overseas. All share a virulent, anti-Semitic, anti-human rights ideology that sanctions the killing of innocent men, women and children in pursuit of a world dominated by Islamic fundamentalists.