We Are Change (WAC) is an organization that likes to quote Martin Luther King Jr., Einstein, Gandhi and others talking about the evils of war. It describes itself as a nonviolent “citizens based grassroots peace and social justice movement” and reacted angrily this year when the Southern Poverty Law Center (SPLC) categorized it as part of the conspiracy-obsessed, antigovernment “Patriot” movement. WAC’s leader, Luke Rudkowski, complained at the time that the SPLC said nothing of WAC’s alleged “raising money for 9/11 first responders, toy drives during the holidays, clothing drives and feeding the homeless.”

But Bruno Ernst Bruhwiler, WAC’s Los Angeles leader, puts the group — the largest Patriot organization in the country, with 102 chapters in 33 states — in a considerably more radical light. This May, Bruhwiler was charged with three counts of making threats and one of “willful disobedience” of a court order. Court documents suggest that the alleged threats were made against a law enforcement or court official, but do not further spell out the charges. More to the point, perhaps, Bruhwiler turns out to be deeply enmeshed in the so-called “sovereign citizens” movement — right-wing radicals who believe that the government has no authority to impose laws and regulations on most Americans. 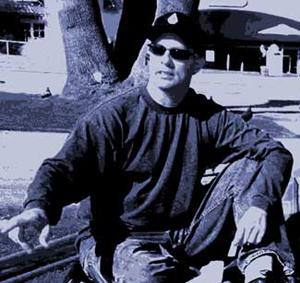 Earlier this year, WAC leader Rudkowski told the Report that he started We Are Change to showcase “patriot journalists.” WAC’s original obsession was with 9/11 conspiracy theories — still the group’s bread and butter — that originated both on the political right and the political left. WAC says it rejects the “fear-based politics and state mandated propaganda being disseminated by the Corporate Media which has facilitated the cover-up of 9-11.”

But over time, WAC has taken up several additional conspiracies specific to the radical right. Today, the group’s website frets about a looming “one world order” and says it seeks “to uncover the truth behind the private banking cartel of the military industrial complex” that wants to “eliminate national sovereignty.” Rudkowski now seems particularly worried about the alleged role in the supposedly imminent “New World Order” of organizations such as the Bilderberg group and the Trilateral Commission. These institutions have been targeted for decades as major global evildoers by Patriot groups and other far-right organizations, including several that are racist and virulently anti-Semitic.

In the case of the group’s Los Angeles leader, Bruhwiler’s website says the criminal charges against him stem from an incident that occurred while he was attending a civil court case involving another WAC-LA member. “The Judge literally did not like Bruno’s involuntary facial expressions, and ordered him out of the courtroom,” reads the posting, which offered few other details. The Intelligence Report’s repeated E-mail and phone requests for comment from Bruhwiler were not answered. WAC also declined to respond to the Report’s requests for comment. But on its website, WAC has described the charges as baseless.

What may say more about the larger group is Bruhwiler’s embrace of sovereign citizens movement ideas. As it turns out, the WAC-LA leader has engaged in some of the practices preached by “redemption” scammers, most of whom are seeking to wrest millions of dollars from the government for their personal use. He has allegedly harassed former co-workers with “sovereign” letters demanding money. And he is a member of the Oath Keepers, a conspiracy-oriented Patriot group. All in all, it seems clear that Bruhwiler, despite Rudkowski’s claims of running a relatively moderate group, is part and parcel of the most radical wing of the Patriot movement.

Two workers at a California marketing company where Bruhwiler was laid off three years ago told the Report that the WAC-LA leader was so enraged that he wrote a series of threatening letters to the people at the company demanding massive sums of money. They said Bruhwiler, who had worked in a graphic design section that the firm decided to outsource, claimed that he had been subjected to wrongful termination, conspiracy and abuse of power. The letters were brimming with the virtually incomprehensible legalistic gobbledygook that is typical of such sovereign-citizen filings. Starting this spring, some of them were directed at the two workers, who had nothing to do with Bruhwiler’s termination. (The workers asked not to be named for fear of retaliation.)

In one letter, Bruhwiler claims he was libeled and discriminated against by the recipient. His major beef seems to be that the firm supposedly took away his “God given freedom of speech when speaking out about the treasonous acts of 9-11 against the people of the United States” and the “treasonous cover up by the mainstream media.” Bruhwiler also complains of having been slandered with respect to his professional skills “by imputing to me general disqualification.”

The letter demands payment of $100,000 within 21 days, with an additional $1 million per month for every month payment is not received. And it orders the recipient to surrender to the “authorities for criminal prosecution.” Next to Bruhwiler’s signature is a fingerprint in red ink, which in the redemptionist world typically symbolizes the blood of a sovereign citizen. It also says that the person signing the letter is a “Natural Man Divine creation, and a Private, Sentient Sovereign.”

Needless to say, the recipients were terrified. “These guys need to be watched,” said one woman who only worked with Bruhwiler for a few months but has nevertheless received two letters from him demanding $1 million from her personally. “This is crazy and it is scary.”

Bruhwiler also appears to be a participant in so-called redemption practices, which are rife in the world of sovereign citizens. Proponents of this bizarre ideology argue that when the U.S. quit the gold standard in 1933, it pledged its citizens as collateral so it could borrow money based on their future earnings. Then, the theory goes, the government funded a secret “Treasury Direct Account” for each individual that it stocks with millions of dollars. Redemptionists have come up with a series of bizarre maneuvers that are meant to liberate this money from the government and have it paid to them personally. For most redemptionists, this involves, among many other incomprehensible steps, filing a “Uniform Commercial Code-1” document.

In February, Bruhwiler filed just such a form with California Secretary of State’s office. His UCC-1 filing says that his “one hundred billion United States silver dollars” have now been transferred to “Bruno Ernst Bruhwiler, a living man, secured party.”

Bruhwiler is also a member of another antigovernment group, the Oath Keepers, which is made up of law enforcement officers, military personnel and veterans. The group, which like WAC is part of the Patriot movement, vows to resist government efforts to “disarm the American people” or impose martial law or turn cities into “giant concentration camps” — all core Patriot conspiracy theories. (Several Oath Keepers have lately been implicated in criminal violence, including a Georgia member accused in May of plotting to take over a Tennessee courthouse and place two dozen officials under “citizen’s arrest.” Also, in Cleveland, a member is awaiting trial on 54 criminal counts related to his alleged storing of a live napalm bomb at home as well as explosives at a friend’s home.)

In addition, Bruhwiler regularly makes pleas for support on popular antigovernment media sites, most notably that of leading movement conspiracy-monger Alex Jones’ Internet radio show. On June 17, Jones interviewed Bruhwiler in a segment that bashed law enforcement. “A lot of these cops don’t see us a human,” Jones said of the threat case against Bruhwiler. “They enjoy throwing milk cows in prison. We are seen as slaves, and when a slave gets uppity, they got to be put in their place.” Jones went on to describe the law enforcement officials in question as “out of control,” “ruthless” and “tyrannical.” Jones asked Bruhwiler to share his E-mail address with Jones’ on-air listeners to solicit funds.

Ironically, Bruhwiler had earlier devised a WAC-LA outreach program called “Talk to a Cop Wednesdays.” It was meant to “befriend and educate law enforcement.” Like Luke Rudkowski’s claims of running a group that’s all about clothing drives and feeding the homeless, that now sounds a little hollow.