Two men, one a Klan member, tried to build a weapon to irradiate Muslims and others. They came closer than you might think.

ALBANY, N.Y. — For the better part of two years, Glendon Scott Crawford labored diligently to build a weapon — an industrial-strength radiation device that could kill silently without his victims ever knowing why they were getting sick. The cause of their deaths would be a mystery.

Crawford called his weaponized X-ray device “Hiroshima on a light switch,” described his would-be victims as “medical waste,” and mapped out potential targets including the White House, the United Nations and the New York governor’s mansion. But he was most interested in attacking Muslims, and actually scouted mosques and other Islamic targets in Albany and Schenectady. 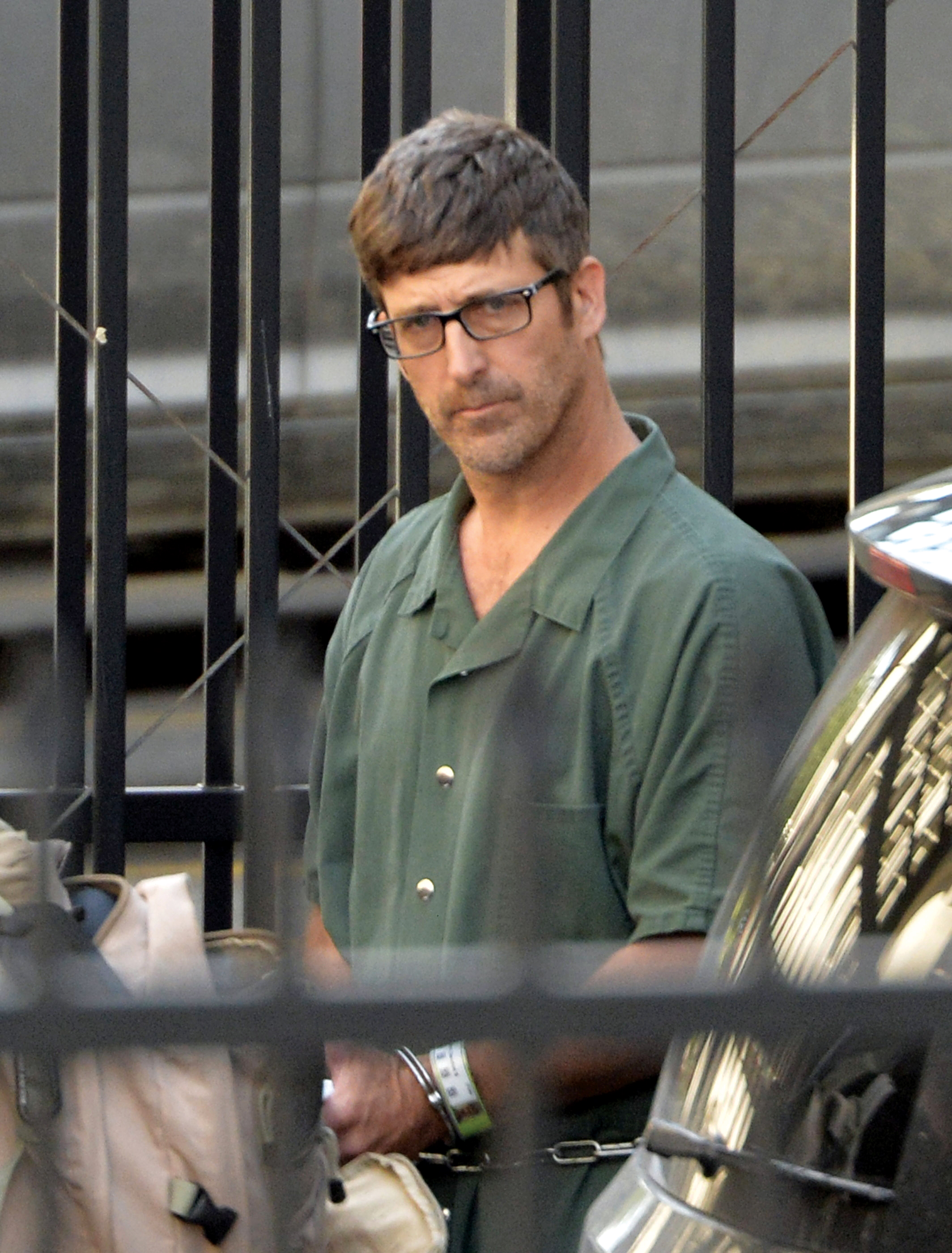 Crawford even talked about concealing the weapon in a large panel truck on the side of which he would paint “Halal Chicken” to lure Muslim victims.

But an elaborate, 14-month FBI sting landed Crawford, now 51, in federal custody in 2013. And this August, the self-described member of the United Northern and Southern Knights of the Ku Klux Klan was finally convicted of attempting to acquire and use a radiological dispersal device (making him the first person convicted under a statute passed in 2004), conspiring to use a weapon of mass destruction, and distributing information relating to weapons of mass destruction. He faces 25 years to life in prison when he is sentenced in December.

His partner, Eric J. Feight, now 56, was arrested with Crawford but pleaded guilty in June 2014 to providing material support to terrorists and agreed to testify against Crawford. Feight faces up to 15 years when he is sentenced this fall. 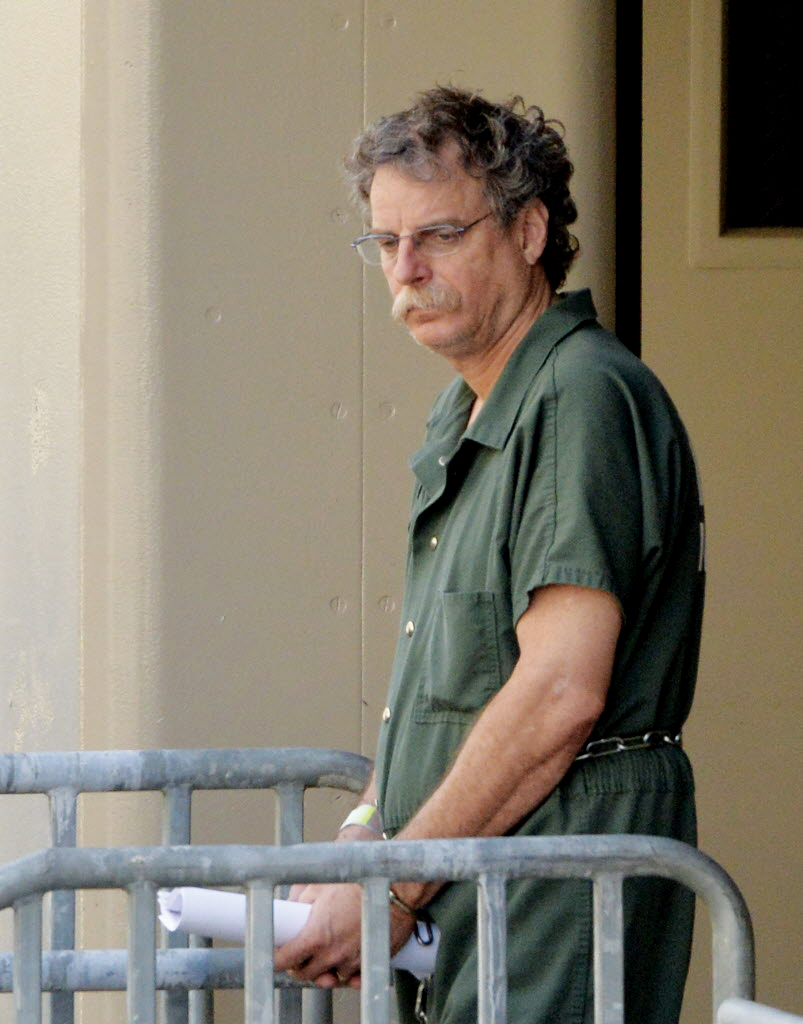 The case took over a year to investigate and almost two more years to come to trial. Two FBI field offices were involved, along with a blizzard of undercover agents, informants, text messages, E-mails, burner phones and hidden cameras recording secret meetings in hotel rooms.

“The plot was real here,” Andrew Vale, the special agent-in-charge of the FBI’s Albany office, told reporters after Crawford’s conviction. “No matter how extraordinary the plot seemed, the threat was real.”

It actually went beyond the extraordinary and into the fantastic.

How to Build a Death Ray

Despite having only a high school degree, Crawford, an industrial mechanic at General Electric in Schenectady, amassed what prosecutors believe was enough information about radiation to actually design the weapon, which would use an industrial X-ray machine as a starting point. He ultimately acquired the X-ray machine late in the investigation, although it was provided by an undercover FBI agent and had been modified so it could hurt no one.

And, with the help of Feight, an outside contractor for General Electric, he managed to design, acquire the parts for, construct, and successfully test a remote initiation device meant to trigger the X-ray machine.

The basic idea was that the machine would be mounted inside a panel truck, which could then be driven to locations like alongside a mosque. The driver would then leave the truck, travel up to half a mile away, and activate the trigger. After irradiating the victims inside, he could then turn off the device, return to the truck and safely drive it away long before anyone realized what had happened.

Kevin Luibrand, Crawford’s attorney, argued that it was all talk and that the government had entrapped his client. “The complete book on Scott Crawford is a piece of paper, an idea and some strong political beliefs,” he said in his opening statement. “Scott was a big talker.”

But the jury didn’t buy that.

After all, Crawford and Feight might have been smart about assembling the know-how and parts to build their death ray. But while Feight worked diligently to build the remote firing device, Crawford was trying to find commercially available X-ray tubes and, more importantly, someone to finance them. And that’s where his smarts ran out.

In April 2012, Crawford walked into Congregation Gates of Heaven, a Jewish synagogue in Schenectady. Nervously standing back from the receptionist, he told her he needed someone to “help him with a type of technology that could be used by Israel to defeat its enemies … while they slept.” He wanted money to buy an industrial-grade X-ray device and to weaponize it.

Gates of Heaven officials turned him away, notified the FBI, and the case against Crawford began.

Then Crawford contacted the Jewish Federation of Northeastern New York with the same proposal. The result, unknown to him, also was the same.

In August 2012, four months after he approached the Jewish groups in upstate New York, Crawford contacted Chris Barker, the North Carolina-based imperial wizard of the Loyal White Knights of the Ku Klux Klan, according to court testimony. But Barker was facing federal firearms charges and looking to make a deal in exchange for leniency. From the first minute they spoke on a phone — Crawford had made his initial contact by leaving a voicemail for Barker, who then contacted the FBI — the FBI was on the line, recording everything.

“It’s a way to set things right,” Crawford told Barker in one of their first conversations. “I think you’ll find it to be your cup of tea.”

When they finally met in person, after Crawford arranged a meeting and drove to North Carolina, Barker was wearing a wire for the FBI, and Crawford was even more eager to talk. He said Islam was “infectious” and spoke excitedly about Muslim and United Nations conspiracies against America.

The X-ray machine was his solution.

“First the Mexican invasion. Now the Muslim invasion. They are trying to strike a death blow to American culture,” Crawford told Barker as the tape recorder rolled. “We could stomp the New World Order out of f------ existence. No one could get near it and live to tell about it.” Crawford did show some squeamishness. He insisted that Barker swear that if they were to acquire the technology, Barker would never use it against American soldiers. Barker agreed.

Meeting later with an undercover FBI agent, Crawford described his plans for acquiring “a radiation emitting device that could be placed in back of a van to covertly emit ionizing radiation strong enough to bring about radiation sickness or death against Crawford’s enemies,” according to the original criminal complaint. “Radiation poisoning is a beautiful thing,” Crawford said.

During a meeting at an Albany coffee shop three months after he saw Barker, Crawford and Feight met two undercover FBI agents. Over coffee, Crawford introduced Feight as his “software guy” who could build the remote-controlled initiating device. The pair referred to themselves as “The Guild.” Individually, Crawford and Feight said they went by “Dimitri” and “Yoda.”

“What do you know about us?” one agent asked Feight during that meeting.

“Not a lot,” Feight replied. “I have to admit, having never been involved in anything like this before, you know, at first it made me a little bit nervous. I’ve done nothing for a lot of years but just shoot my mouth off and I … see how effective that’s been. So although I would still like to maintain as much plausible deniability as I can, like you say, you know, [in] for a penny, [in] for a pound.”

It would be seven months more before federal officers finally made their move. On June 18, 2013, after Crawford and Feight had successfully tested their remote triggering system, FBI agents arrested the two men.

The Price of Terror

The case was a remarkable one for a number of reasons. A member of a Klan group approaching Jewish organizations for help is a rarity today, to say the least — most contemporary Klan groups are violently anti-Semitic. The idea of an X-ray weapon capable of murdering hundreds of people at a stroke sounds like something out of a Batman comic — except that Crawford and Feight seem to have come genuinely close. The foolishness exhibited by the men in their attempts to finance their operation was astounding — by the end, they were literally surrounded by FBI undercover agents and informants, but never seemed to suspect a thing.

The conspiracy also reflected rising anti-Muslim hatred in the United States and abroad, fanned by a network of hate groups and right-wing propagandists and also by news about atrocities carried out by Islamist extremists.

The plot was not, however, an artifact of a resurgent or reinvigorated Klan. There are today 23 different and often squabbling Klan groups in the United States, comprising a total of perhaps 4,000 Klansmen. The comparison is to some 4 million Klan members in the 1920s, and 40,000 in the mid-1960s. Even as the radical right has grown in America, the Klan has continued a long decline. And Crawford clearly acted without assistance from other Klan members or groups.

But it was a grim reminder of what extremists can do. Another example came in 1997, when four members of the True Knights of the Ku Klux Klan plotted to bomb a plant in Texas that processed natural gas and contained thousands of tons of deadly hydrogen sulfide gas. Federal officials, who were tipped to the plot and arrested the conspirators before anyone was hurt, said later that the bombing would have killed 10,000 to 30,000 people.

The plot by Scott Crawford and Eric Feight had similar potential. If they had managed to actually attack a mosque or another kind of Islamic center, they very well might have murdered hundreds — proof, once again, that right-wing extremists, even ones who sound unhinged, are capable of unspeakable ruin.