Just days before Britain held a referendum on leaving or staying in the European Union (EU), a man yelling “Britain first” stabbed and shot to death a pro-EU and pro-immigrant member of Parliament at a meeting with constituents. 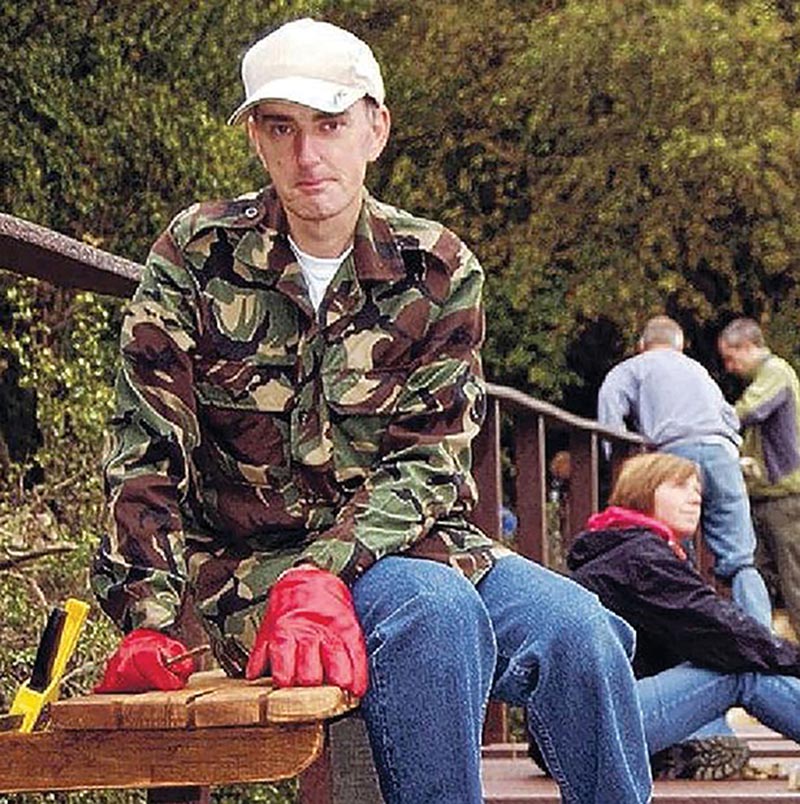 Thomas Mair, accused of the June assassination of a pro-immigrant member of the British Parliament, was a neo-Nazi who ordered several books from the U.S.-based National Alliance.

Although that phrase suggested that Thomas Mair, who was arrested moments after the June 16 killing of Jo Cox, had extreme-right views —British white supremacists violently oppose membership in the EU because it facilitates non-white immigration — little was initially known about the suspect. Early British press reports described him as a “loner” with a history of “mental illness,” although they also reported that Britain First was the name of a far-right, anti-EU party.

But within hours, the Southern Poverty Law Center (SPLC) published receipts showing that Mair, between 1999 and 2003, had spent more than $620 on books from the National Alliance, at that time America’s leading neo-Nazi group. The books included weapons manuals and an illustrated 1942 Nazi handbook. 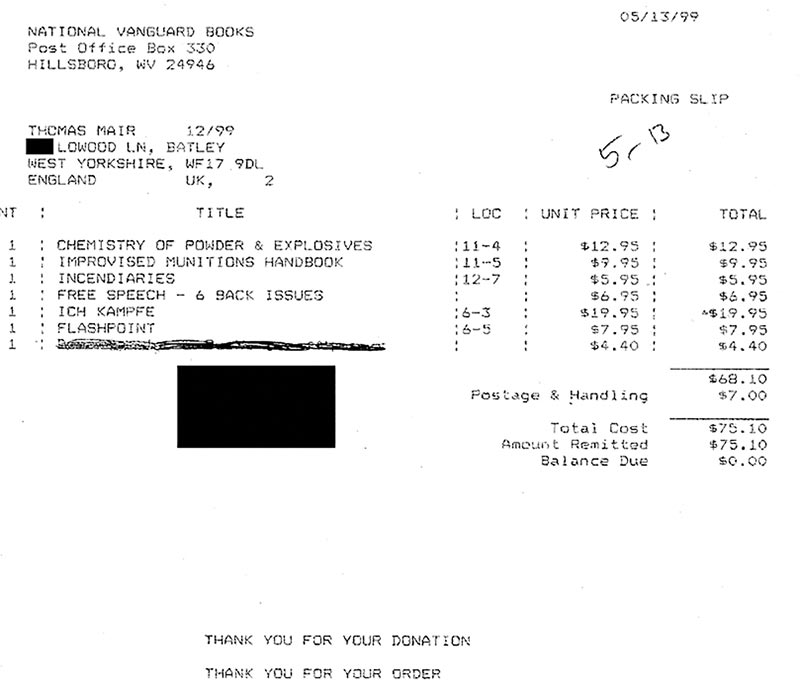 That was followed rapidly by other revelations. The SPLC reported several days later that Mair had attended a 2000 meeting in London that was organized on behalf of National Alliance leader William Pierce by operatives of the British National Party, a neo-fascist, whites-only organization. Pierce was trying to expand his white power music empire in the United Kingdom and the rest of Europe.

Todd Blodgett, who at the time was a paid informant working for the FBI and the host of the meeting, said Mair appeared to be connected to the Leeds unit of the National Alliance. He also recounted that when he mentioned Winston Churchill, Mair “kind of made a face and he referred to Churchill as a k----loving bastard.” He said that Mair enthused about a book by David Irving, a self-described “historian” who is a leading Holocaust denier a judge once described as “pro-Nazi.”

The SPLC also published copies of letters Mair wrote to a pro-apartheid magazine in which he attacked “White liberals and traitors” as “collaborators” and “anti-apartheid morons.” His focus on white “traitors” appeared to relate to the reason that Cox, who welcomed Muslim and other immigrants, was killed.

When Mair appeared at his first hearing, he seemed to confirm that view. Asked his name, he responded with a shout: “Death to traitors, freedom for Britain!”