Willis Carto, one of America’s earliest and most outspoken Holocaust deniers and the founder of numerous radical-right political organizations and publications, died in his home on Oct. 26. He was 89.

Carto, who had become less active in recent years due to old age, was for decades a key figure on the radical right and, early in his career, had significant contacts with lawmakers. In 1978, he founded America’s first major Holocaust denial outfit, the Institute for Historical Review (IHR), a pseudo-academic organization that once offered a $50,000 reward to the first person who could prove Jews were gassed at Auschwitz, then refused to pay the Holocaust survivor who provided documentary evidence. Decades earlier, in the 1950s, he founded Liberty Lobby, a political organization that billed itself as conservative and anti-communist but in fact promoted white supremacist and especially anti-Semitic views. 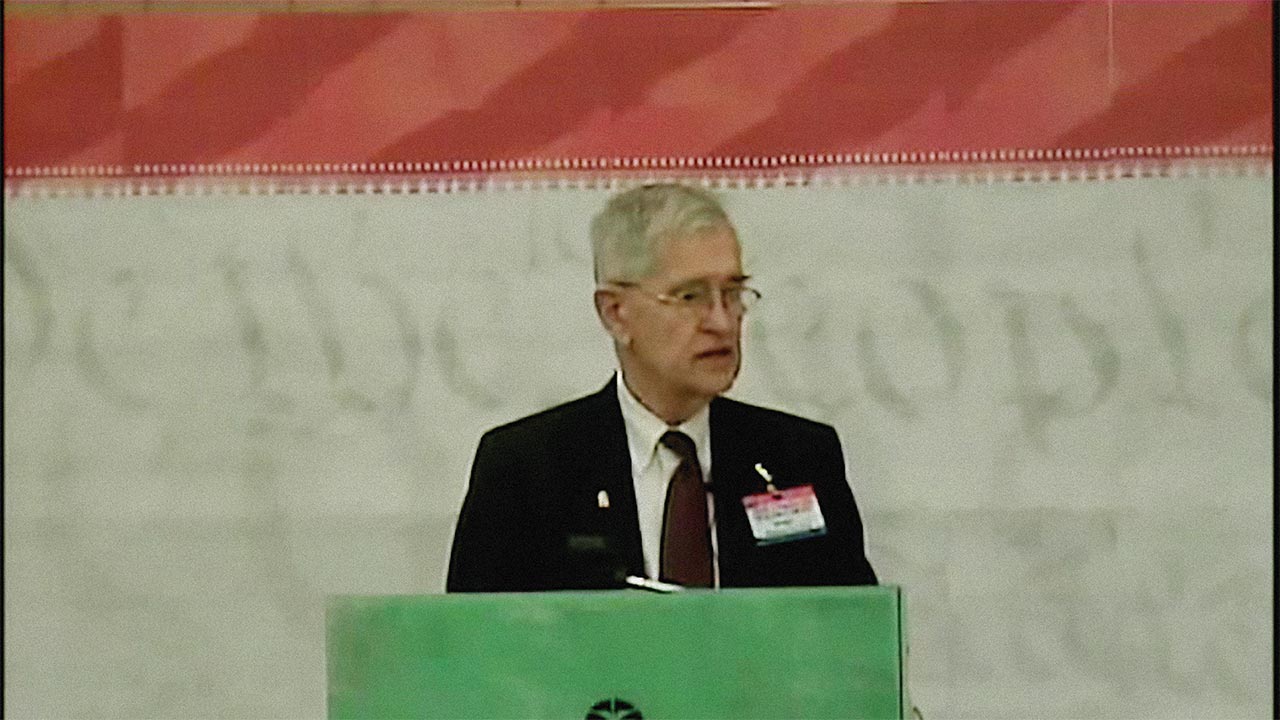 End of an era: Willis Carto, who spent some 60 years as a leading propagandist on the radical right, died in October.

Carto supported former Alabama Gov. George Wallace’s 1968 presidential campaign, co-authoring a pamphlet, entitled “Stand Up For America: The Story of George C. Wallace,” which heralded the arch-segregationist governor as the only candidate capable of beating “blacky” and the supposedly Communist-dominated federal government. He drifted further from the political mainstream after Wallace’s defeat. In 1984, he founded the Populist Party, which fielded Klansman-turned-politician David Duke as its presidential candidate in 1988, followed by Green Beret-turned-militia enthusiast Bo Gritz in 1992. Gritz won 0.14% of the popular vote, more than twice the amount Duke had managed to accumulate.

In the early 2000s, having lost control of Liberty Lobby and its tabloid newspaper, The Spotlight, in a series of acrimonious legal battles in which former colleagues accused him of fraud and financial mismanagement, Carto founded The Barnes Review, a journal devoted to Holocaust denial, and American Free Press, a racist and anti-Semitic reboot of The Spotlight that also peddles UFO conspiracy theories and bills itself as “America’s last real newspaper.” The Free Press provided a platform to numerous up-and-coming stars of the radical right, including Bill White, a neo-Nazi from Roanoke, Va., who is serving a lengthy term in prison for repeatedly threatening perceived enemies with violence.

Duke, Gritz and White were just a few of many important radical-right figures Carto inspired and promoted. William Pierce, founder of the National Alliance (which was, until Pierce’s death in 2002, America’s most important neo-Nazi organization), was once such an admirer. Carto also corresponded with James von Brunn, a neo-Nazi and Holocaust denier who murdered a security guard at the United States Holocaust Memorial Museum in 2009.

Like von Brunn, Carto fought in World War II, and, like von Brunn, he came to believe he had fought for the wrong side. In its obituary for Carto, the Free Press quoted its founder sarcastically characterizing his military service as an effort “to fight for the glorious democracy of my country, the survival of Soviet communism, a third and fourth term for Roosevelt, a chance to kill Germans by the thousands as desired by Churchill, Eisenhower and the Zionists, part of Palestine for them as a bonus, vast riches for the bankers and war suppliers, coffin makers and flag makers.”

Carto received a Purple Heart after being wounded in the Philippines and, despite his contempt for the cause most of them died for, apparently wished to be buried alongside his fellow veterans at Arlington National Cemetery. His request to be interred there had not been decided at press time.