Staffed by former racists, an ‘exit’ program aimed at disillusioned white supremacist radicals in the U.S. is picking up steam

Staffed by former racists, an ‘exit’ program aimed at disillusioned white supremacist radicals in the U.S. is picking up steam

There is a life after hate. And there are people who know the road there.

The first of what have become known as “exit” programs developed in the 1990s in Sweden, based in part on the ideas of Tore Bjørgo, a social anthropologist interested in helping racist activists abandon white supremacy. The Swedish program also found ideas in a pre-existing Norwegian program, Project Exit: Leaving Violent Youth Gangs, not specifically tailored to people on the radical right, according to the London-based Institute of Race Relations (IRR).

In 1998, the idea was exported to Germany, which like the Scandinavian nations had experienced a dramatic upsurge in neo-Nazi activity in the wake of the dissolution of the Soviet bloc early in the decade. In the years since, similar programs have appeared in Italy and Australia. In 2011, an international network called Against Violent Extremism with complementary aims was inaugurated by Google Ideas, and in 2013, 26 organizations from 14 members of the European Union formed the Europe Network of Deradicalisation, the IRR reported.

Last year, a major gathering was held in the United Kingdom to explore the possibility of building an exit program in that country, the IRR said. And also in 2014, the European Commission recommended that all European Union members set up programs of their own, aimed at transforming radicalized individuals.

Now, a Chicago-based group called Life After Hate is starting an American program. The group’s recently inaugurated ExitUSA program (www.exitusa.org) is mainly staffed, like most exit programs around the world, by former racist activists. “At ExitUSA,” the group says, “we are dedicated to helping individuals leave the white-power movement and start building a new life, just like we did.”

Some of the older exit programs have come under occasional criticism for ignoring the social basis for racism, for glorifying former extremists as newly minted “experts,” for failing to root out participants’ ingrained racism and anti-Semitism, and for being used by state security apparatuses. But there seems to be little question that in at least some cases, they have done important work.

To better understand the significance of exit programs and in particular the work of ExitUSA, the Intelligence Report talked to five people. Three of them — Christian Picciolini, Tony McAleer and Angela King — are former white-power activists and principals of Life After Hate. Two others — Pete Simi of the University of Nebraska and Kathleen Blee of the University of Pittsburgh — are academics who have investigated the radical right. Both Simi and Blee were funded by the National Institute of Justice for an ongoing study, “Research and Evaluation on Domestic Radicalization to Violent Extremism: Research to Support Exit USA.” 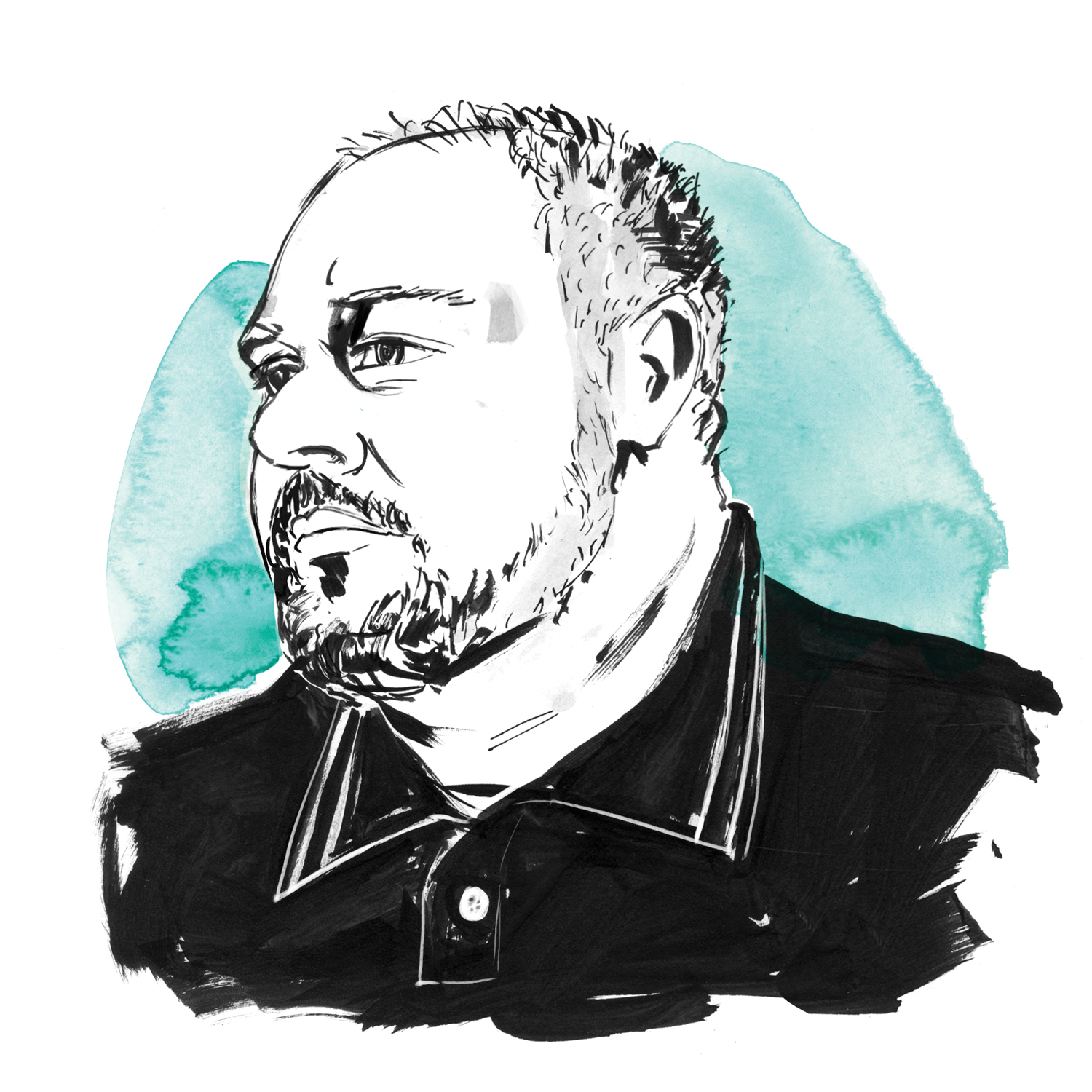 Christian Picciolini: Life After Hate, Co-Founder and Board Chair

CHRISTIAN PICCIOLINI
Life After Hate, Co-Founder and Board Chair

Tell us about the beginnings of Life After Hate.

Life After Hate initially started as a literary magazine for us to basically publish short stories about our lives. It was a blog, essentially. We quickly started to realize that people from all around the country and all around the world had similar stories they wanted to share about the mindset of someone who goes from a relatively normal kid to somebody who is politicized and brought into this violent extremism subculture.

In the time you’ve spent helping people leave the movement, are there some overarching truths you’ve been able to discern?

How does understanding that reality lead to a successful “intervention” to get someone out of an extremist movement? 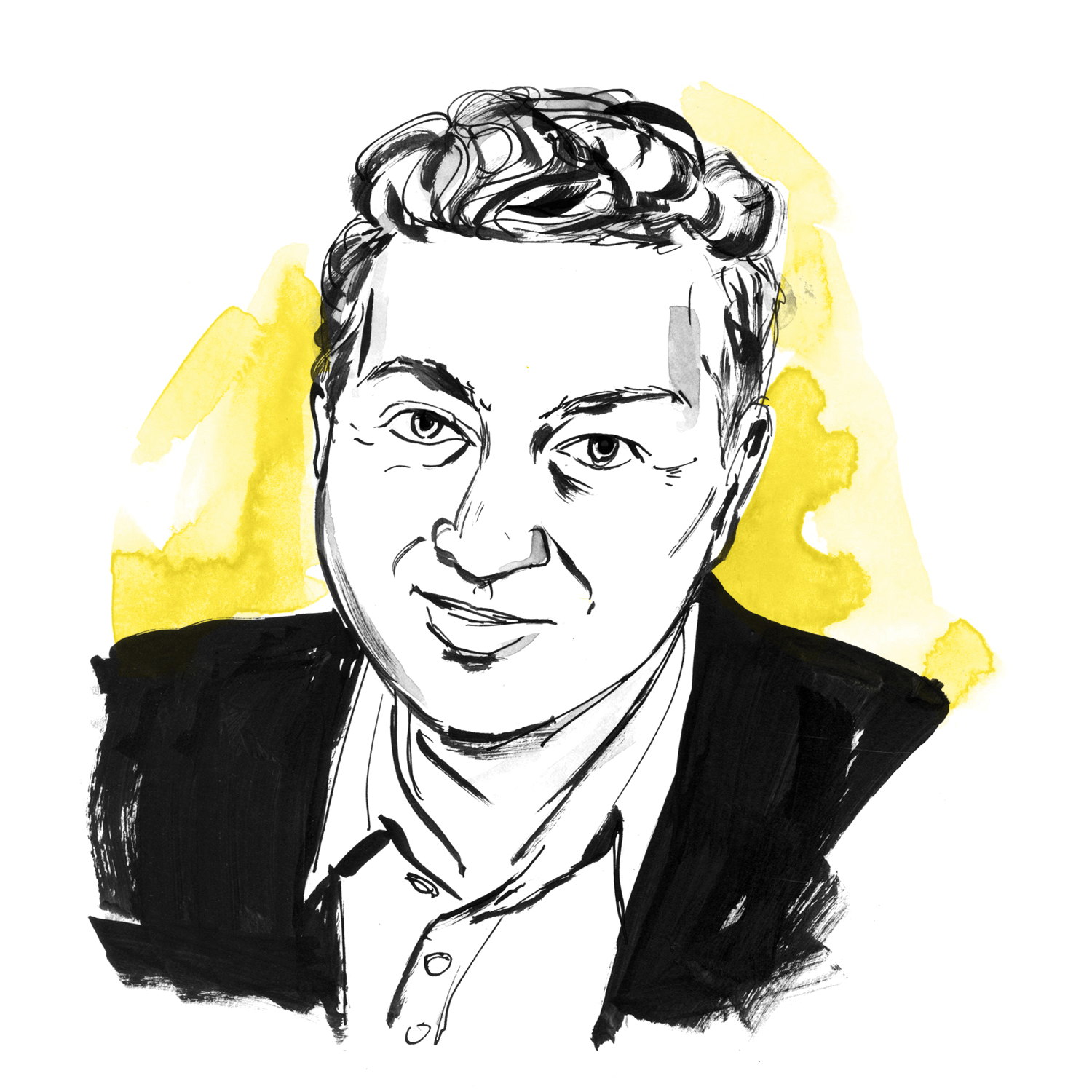 As a former racist, please describe the process of leaving the movement.

It breaks down into two components of the journey. And that is disengagement and deradicalization. What the research shows is that the number one issue for someone entering an extremist group is childhood trauma. That information is useless from a preventative standpoint, but from an understanding of why people get into those movements, I think it’s crucial.

From my own personal journey, I grew up in a middle-class family. I was a bright, sensitive kid in a house where it wasn’t safe to be sensitive, where emotions were treated as weakness and shamed and ridiculed. I was beaten at Catholic school and shut down even further. I came into this world as a very bright, curious kid and became a very angry kid with what was happening to me.

So for you, anger was very much a driving force?

I believe that unresolved anger always expresses itself as violence. And because of that, I chose a youth subculture, I chose a music scene, and ultimately I chose a radical ideology that gave me permission to justify my anger.

What led you to finally leave? 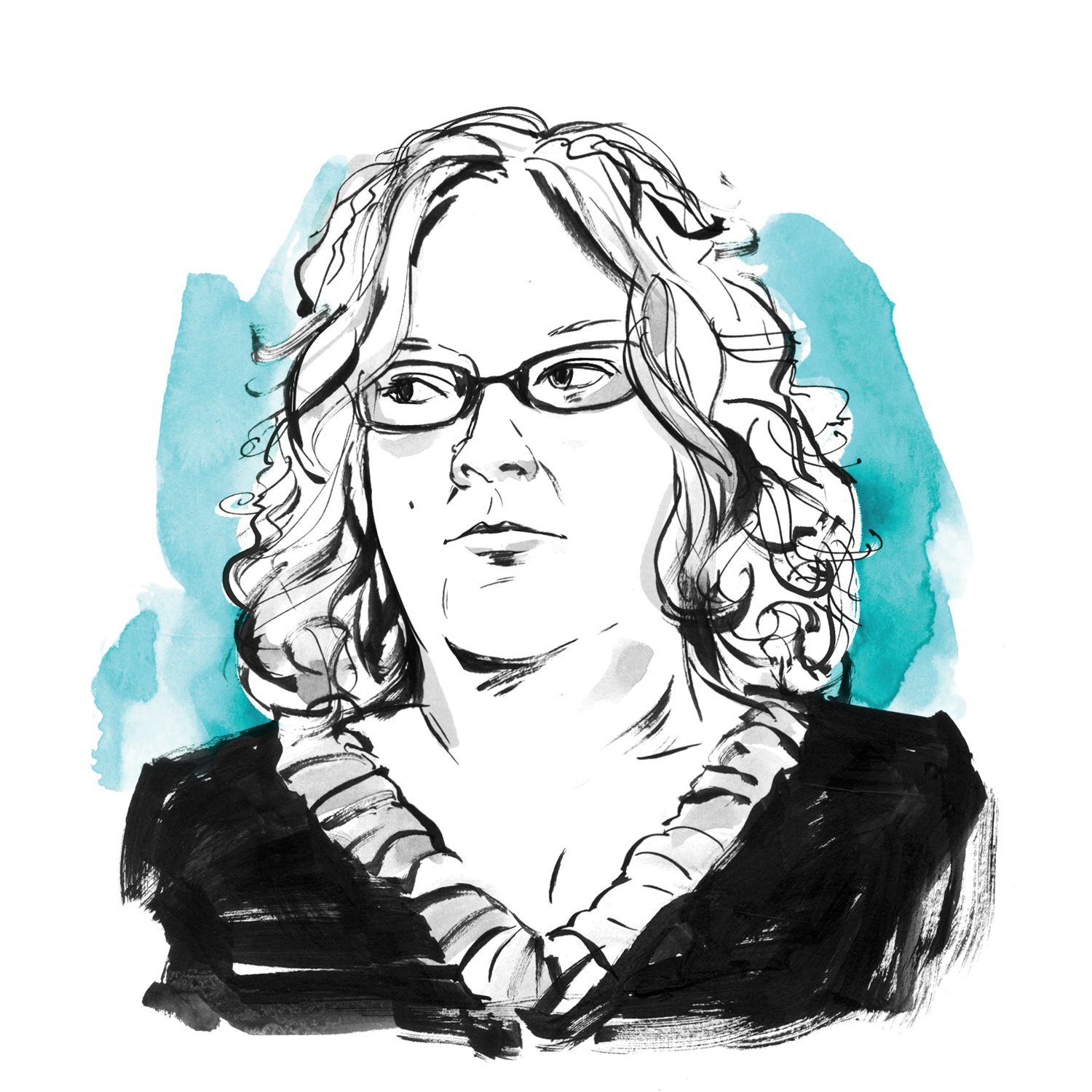 Do you think having personal experience in the movement has helped you better understand how to help people disengage from hateful ideologies?

I think so. We are uniquely positioned to draw from our experiences, being “formers” ourselves. We are able to look back in retrospect at the catalyst that drove us into the far right, whether that be specific experiences or a shared misunderstanding.

Was there also a catalyst for your leaving the movement?

There was, actually: Timothy McVeigh. After Oklahoma City, I decided I didn’t want to be responsible for that kind of destruction. But at the time, I was still at a point in my life where I very much needed to belong somewhere. And as we know from experience, being involved in far-right extremism isn’t something that leaves someone free to wake up one day and say, “See you later. I changed my mind. Have a nice life.”

The turning point came for me when I was doing time in a federal prison for my part in an armed robbery that was a hate crime.

When I was first incarcerated, I went in with the mentality that I was not responsible. I just sat in the car [during the robbery]. But I very much thought I was going to be in there fighting for my life every minute, with my back against the wall.

Up until that point in my life, I dealt with everything pretty much with anger, aggression and violence. And to be shown kindness, it completely disarmed me. I had no idea how to react to that. Once I started to kind of re-form the bonds of human connection and started actually finding the human being in myself again, the fallacies, the stereotypes, those white lies that are told by the far right, it started to kind of just crumble away on its own.

Are those types of transformative experiences critical in getting someone to leave the movement? And what are they?

A transformative experience can be anything. It doesn’t have to be a large-scale event. It could be something as simple as witnessing an act of kindness. Having a family, starting to grow up a little bit and take responsibility and do some critical thinking about what we see around us.

Even the smallest thing could be enough to plant a seed in a person’s mind that may not sprout that day. It may not sprout in a week or even a month, but at some point that experience, that thought, is going to come up and that person is willing to think about it. 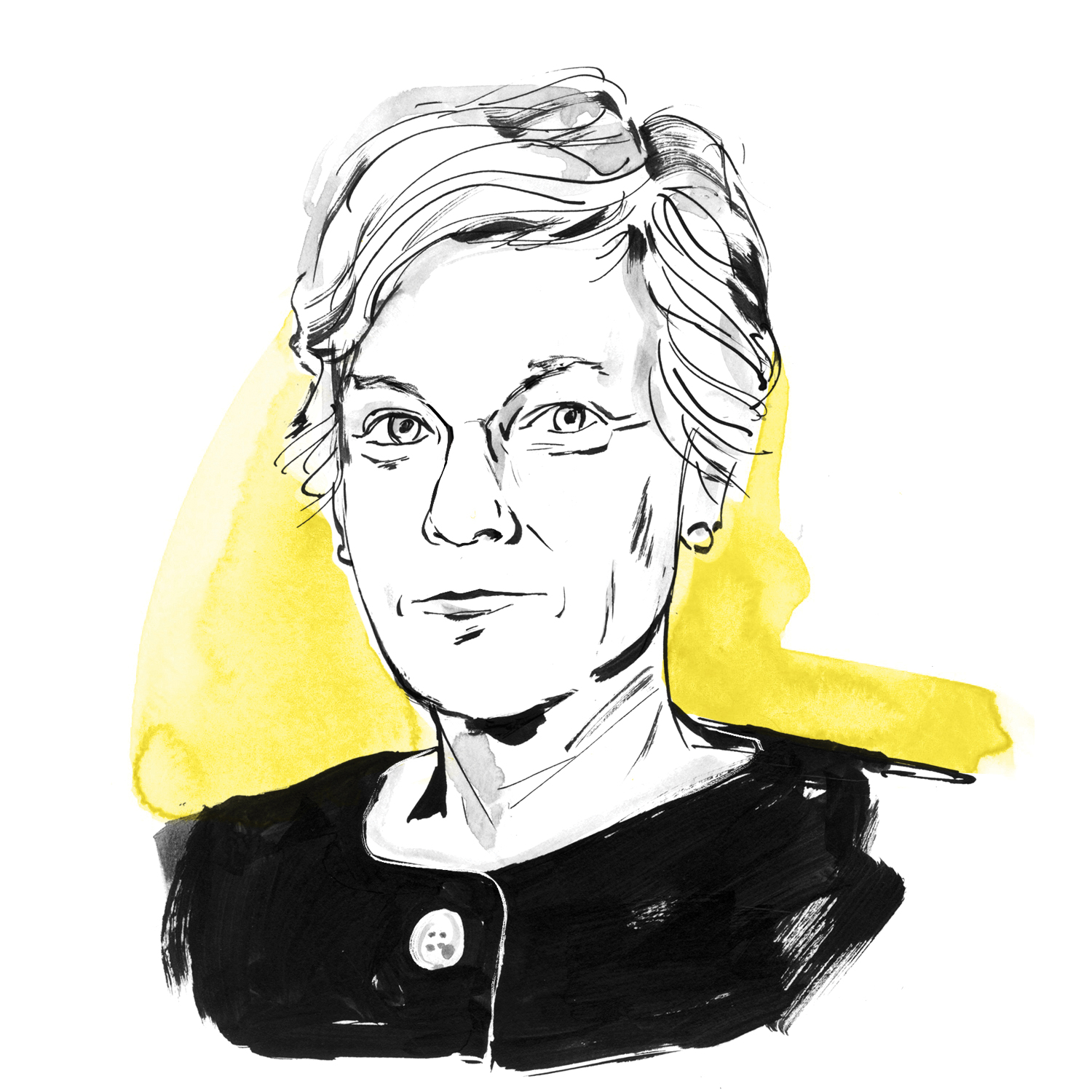 Why do you think programs like ExitUSA are important?

For all those things, people need a great deal of support. If people are going to successfully leave racist groups, they need people they can turn to for advice, people who have been through the same process, people who can help them build a new set of friends and a new set of supporters outside of that racist world.

So the process is a long one?

People are not in the group one day and out of the group another day. Leaving a racist group is like leaving any kind of a world that people are in. It can be a real back-and-forth process. People can start to leave, go back, pull out again, go back and forth for a long time.

How do individual departures affect the overall white power movement?

We have to go after the groups by attacking them at their base and their leadership. One of the things that exiting does is it shows people who are currently in the group that the group has weaknesses. One of the reasons these groups hold together is because there’s a sense of invincibility. It’s an us-against-them mentality. Watching people exit can be a really powerful message both to potential recruits and to people in the groups. 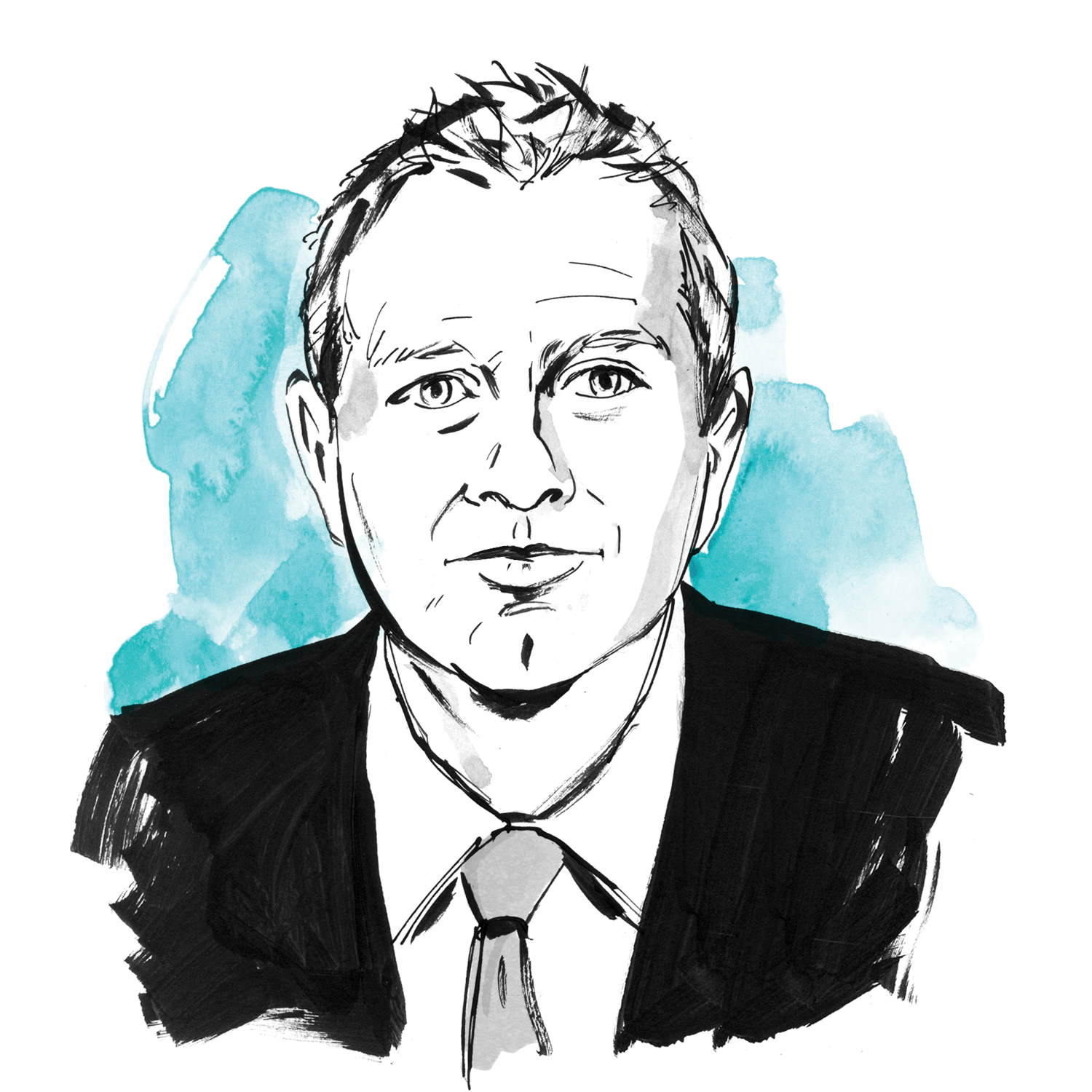 As a social scientist, that’s a very sensitive question and one that should be taken very seriously. When we talk about the “effectiveness” of exit programs in common conversation, we use that word far too loosely.

Effectiveness is a tricky thing.

But is there something to experiencing transformative moments?

We have to be careful about assuming that people, after the fact, when they look back, are identifying these critical moments. Interviewing people who have left not through a program but usually though some naturally occurring set of events, I find that it seems like it’s a very gradual process. They’re experiencing doubts at various points along the way. They have a lot of personal dissatisfaction with the things that are happening while they are involved.

But it is possible?

Yes. The movement’s not really fulfilling their needs the way that they thought. They had these expectations going in, and then their expectations really aren’t being met. It’s a learning curve, really.

At some point you get to where you realize, “Oh, wait a second, now I’m kind of banging my head against the wall. I was hoping that I was going to have this brotherhood, and there was going to be excitement and all these things. I was going to be fighting for this cause.” Then, at some point in time, they realize they’re going to wind up dead or in prison. Enough of those things pile up and they’re like, “This doesn’t make much sense to continue.”

So what’s your conclusion about exit programs?

Everything always has to be considered part of a larger toolbox. There’s never any program that’s ever going to be your catchall. But I think it is an important tool in the toolbox. We just don’t know which way to exactly formulate the tool. I think having programs that try and address these issues is critical, but we have to figure out how to best do that.