Bradley Smith, a principal architect of Holocaust denial in America who was once a character witness for an infamous Canadian neo-Nazi, died this February in San Diego from complications of cancer. He was 86. 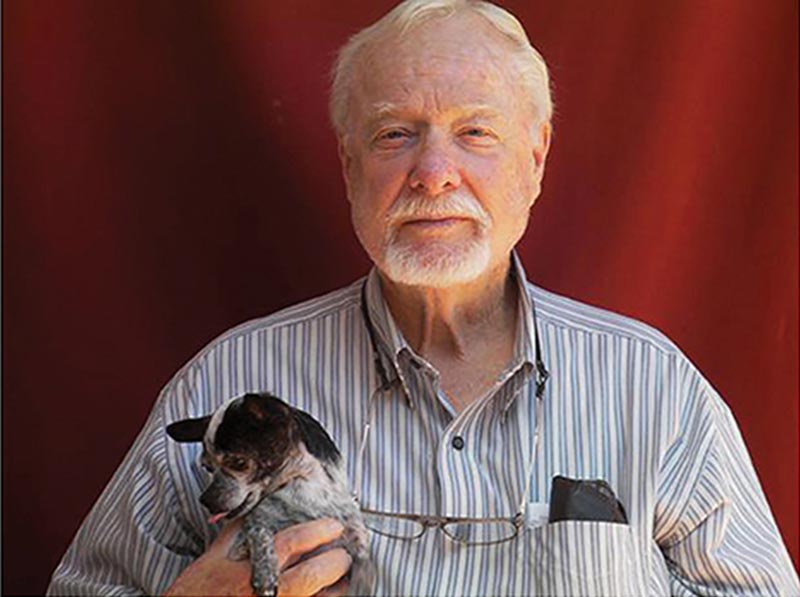 Smith came late to Holocaust denial, after reading Robert Faurisson’s The Problem of the Gas Chambers at the age of 49. But once convinced, he became an extremely energetic promoter of the denial movement, a role that made him famous and well respected across the radical racist right.

Smith’s principal vehicle was the Committee for Open Debate on the Holocaust (CODOH) and, as the name implies, he postured as a defender of free and honest speech. But he was close to some of the nation’s leading anti-Semites, including Willis Carto, who died last year. For a time, Smith worked as media project director at Carto’s Institute for Historical Review (IHR), which for decades has been the premier Holocaust-denying institution in America.

Smith also traveled to Canada in 1985 to testify as a character witness for neo-Nazi Ernst Zündel, who 20 years later would be deported to his native Germany and jailed for Holocaust denial, during a hate speech trial. The trial related to claims that Zündel made in his book, Did Six Million Really Die? The Truth at Last.

Smith was best known for CODOH’s Campus Project, which lasted from the group’s formation in 1987 until 2001. In that time, he paid for and placed full-page ads in some 350 student newspapers proposing “debates” on the veracity of the Holocaust. The ads were framed to suggest that anyone opposed was an enemy of free speech afraid to face open debate. In 2015, Smith restarted those efforts, announcing a new website, A Light on Campus.

Another, more enigmatic figure with links to Holocaust denial also died earlier this year. Mark Lane, a lawyer, sometimes leftist, and the nation’s first major Kennedy assassination conspiracy theorist, died in May of a heart attack at his home in Virginia at the age of 89. An extremely colorful character, Lane at various times was a New York state legislator, a Freedom Rider and friend of Dick Gregory and Jane Fonda, the author of four books on the JFK assassination, and a lawyer for Jim Jones who was present in Guyana when the Peoples Temple leader led some 900 followers to their deaths by way of poisoned Kool-Aid.

Lane was known as an exaggerator and self-promoter. But nothing was stranger than the fact that Lane, who was Jewish, was for years close to Carto, who despised Jews and Israel. In 1991, Lane represented Carto’s Liberty Lobby in a long-running battle with Holocaust survivor Mel Mermelstein, who had sued for libel. Mermelstein earlier won a $90,000 judgment from Carto’s IHR after it offered a reward for proof that Jews were gassed at Auschwitz.

Lane also represented Liberty Lobby when it was sued over an article in the group’s Spotlight newspaper alleging that former CIA operative E. Howard Hunt was involved in the Kennedy assassination. And he represented Carto in 1993, when Carto was struggling with IHR staff over control of that group. Carto eventually lost the battle, which was set off by a large bequest left to IHR that Carto claimed as his own, and control of IHR.