Orlando, Fla., became the site of the deadliest mass shooting by a single gunman in U.S. history, and the deadliest terrorist attack on U.S. soil since 9/11, when a man who proclaimed allegiance to the Islamic State killed 49 people and wounded 53 at Pulse, a popular gay nightclub, before dawn on June 12. 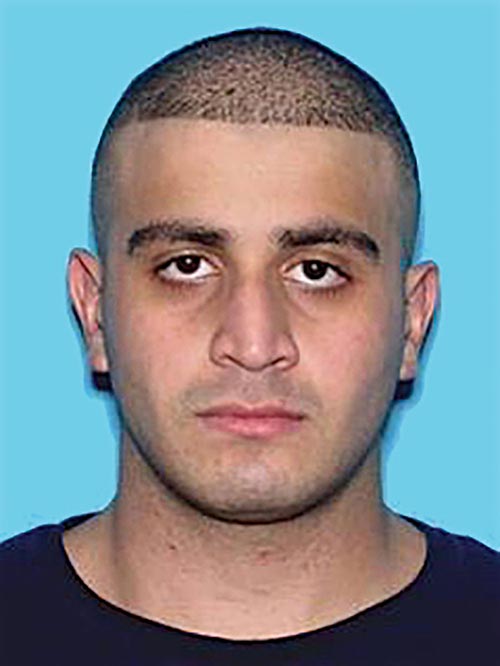 The gunman, New York-born Omar Mateen, was shot and killed by police. The son of Afghan immigrants, Mateen was a former security guard who had twice been investigated by the FBI for professing interest in radical Islam. The 29-year-old, who had a wife and young son, dreamed of working in law enforcement, but was expelled from a training program run by the Florida Department of Corrections, in part for making off-color comments about bringing a weapon to class. He lost another job as a security guard after claiming connections to both Al Qaeda, a Sunni group, and Hezbollah, a Shiite organization and avowed enemy of Al Qaeda. His first known pledge of loyalty to the Islamic State came during a 911 call the night of the attack, less than three hours before he was killed.

Though Mateen’s terrorist bona fides bordered on fantasy, the carnage he inflicted was all too real. Survivors of the massacre at Pulse, which was particularly popular among Latino members of the Orlando LGBT community, suffered inside the club for upwards of three hours as Mateen murdered their friends and held them hostage. He was killed during a SWAT raid around 5 a.m.

Racists, anti-LGBT activists and other extremists wasted no time in celebrating the slaughter.

Michael Hill, president of the neo-Confederate League of the South, a theocratic, anti-black group with fantasies of becoming a paramilitary organization, proclaimed: “In a free & independent South, Islam would be banned, Muslims deported, and all mosques closed down. The ownership of firearms, including military grade, would be encouraged for all Southern citizens.”

Andrew Anglin, editor and publisher of the neo-Nazi website Daily Stormer, hoped the attack signaled “the start of the terrorist/f----- civil war.”

Timothy Buchanan of BarbWire, an anti-gay website, blamed LGBT people for provoking the attack: “Flaunting gross immorality and defiant wickedness that is hideous, odious and wretched to an overwhelming majority of people is a foolish and dangerous course of action.” In a bizarre showing of moral empathy with Mateen, he continued: “Those who come to the United States from other cultures — some of which are infinitely more moral than our own — are going to be offended and repulsed by the rampant depravity that has become a defining characteristic of our culture.”

Steven Anderson of the Faithful Word Baptist Church in Tempe, Ariz., put it like this: “The good news is that there’s 50 less pedophiles in this world, because, you know, these homosexuals are a bunch of disgusting perverts and pedophiles.” Another pastor, Kenneth Adkins, who runs three churches in Georgia and who was arrested in August on charges of molesting a boy under the age of 16, tweeted that the victims got “what they deserved.” And in a widely circulated video, Pastor Roger Jimenez of Sacramento’s Verity Baptist Church told his congregation, “The tragedy is that more of them didn’t die. The tragedy is—I’m kind of upset that he didn’t finish the job.”