Donald J. Trump may not know it, but his image appears on “Trump Dollars” being minted and sold by a felon previously convicted of federal counterfeiting and fraud charges.

His sales literature attempts to hook itself to the Trump bandwagon.

“Fed up with the political class?” it says. “Fed up with money that loses its value? Show how you feel with the ‘Trump Dollar’ — a silver-dollar size commemorative coin made of REAL SILVER!” 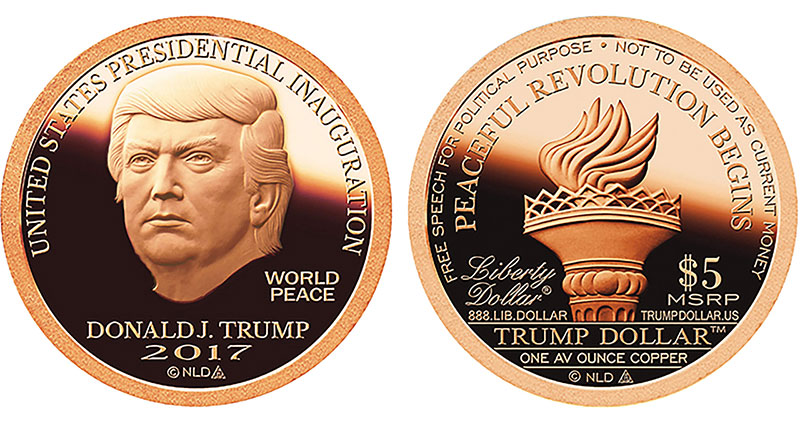 NotHaus' "Trump Dollars" sell for sell for $25 apiece in silver, while those minted in gold currently sell for $1,403.

The coins have Trump’s “iconic image engraved in ultra-high relief,” the literature boasts. Trump Dollars made of silver sell for $25 apiece, while those minted in gold currently sell for $1,403.

Before Trump’s election in November, von NotHaus was offering for public sale similar “dollars” with the slogan “Trump the Government” on their face.

About that same time late last year, von NotHaus was promoting his new-found friend, Milwaukee sheriff David Clarke — a proud supporter of the Constitutional Sheriffs and Police Officers Association, a far-right “constitutionalist” organization promoting the belief that federal agencies and laws should be ignored.

It may be no surprise that Trump’s election seems to have rejuvenated von NotHaus’ 20-year battle with the federal government — making him sound almost giddy. The self-described “monetary architect” did not respond to written questions, including whether the Trump Administration may look at his venture with approval.

“President Trump’s call to action — ‘Make America Great Again’ — is not just a campaign slogan or the President’s personal mission — it’s an invitation for every patriotic American to take action and help make America great again,” the Florida pitchman says in the promotional material.

His new 2017 Trump Dollar, von NotHaus claims: "... provides a model for a value-based standard and encourages the President to redefine the U.S. dollar based on value vs. the foul hot air of the entrenched political elite class and the fiat Federal Reserve dollar." 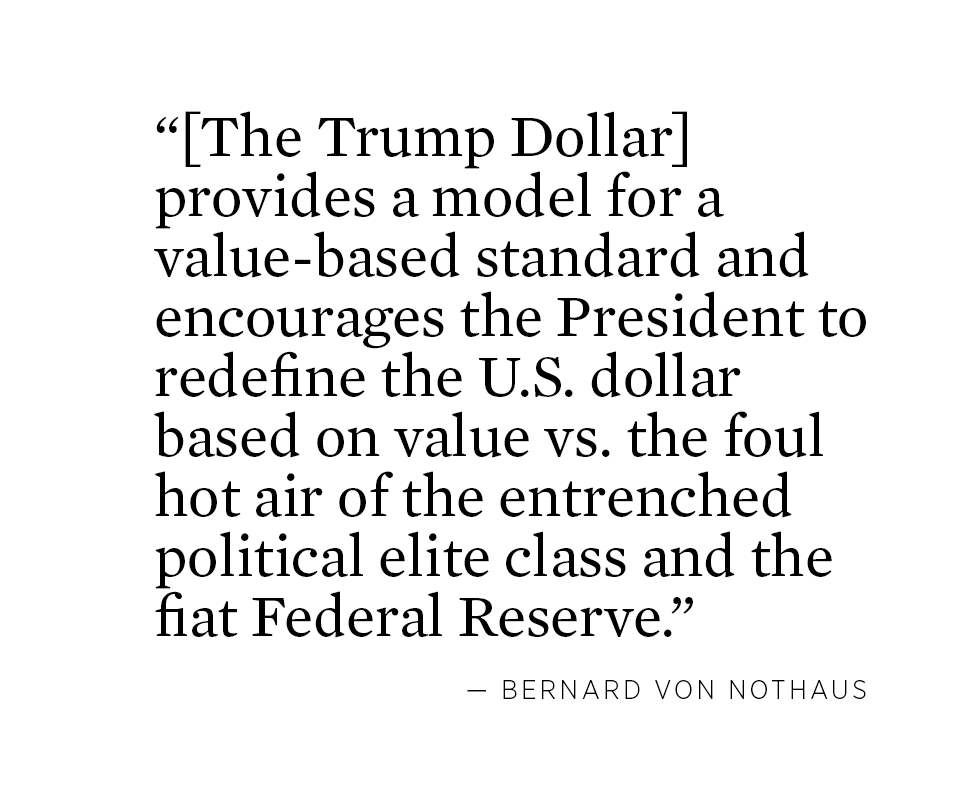 It’s apparent that “making America great again” includes buying Trump Dollars from von NotHaus who now lives in Florida. He immodestly calls himself “the Rosa Parks for Monetary Rights” — a twisted affront to the real civil rights movement by a showman who continues to believe he has a constitutional right to mint coins in competition with the U.S. Government.

It’s not his first go at it, either.

While claiming he despises the federal monetary system and the IRS, von NotHaus nonetheless secured tax-exempt, non-profit status for his NORFED startup. He also found time to create his own marijuana-smoking church and become its “high priest.”

He took in millions in U.S. currency by selling his counterfeit “Liberty Dollars.”

His coins were marked with a “$,” the word “dollar,” USA and “Trust in God” instead of “In God We Trust,” which is found on U.S. coinage. 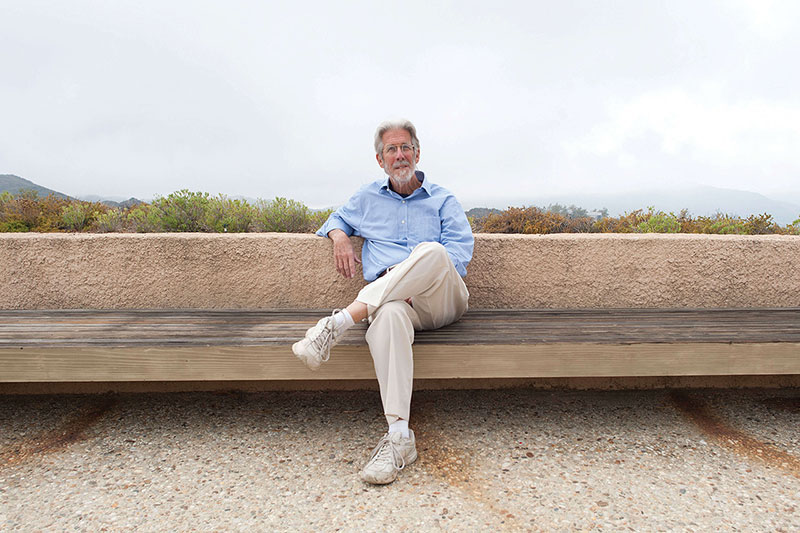 Bernard von NotHaus has spent 20 years fighting the federal government, including a conviction on violating federal counterfeiting, fraud and conspiracy laws. Now he’s back with a shiny new Trump coin.

In 2007, he minted and sold “Ron Paul Dollars,” supporting the candidacy of the Republican congressman from Texas who unsuccessfully sought the 2008 GOP presidential nomination.

After a five-year FBI investigation, von NotHaus was indicted in North Carolina in 2009 on criminal charges of counterfeiting and selling “Liberty Dollars.”

At trial, he attempted to convince the jury that he had a constitutional right to mint and sell coins in competition with the Federal Reserve. It took the jury only 90 minutes to convict him of violating federal counterfeiting, fraud and conspiracy laws for minting and distributing his “Liberty Dollars.”

The case was the first successful criminal prosecution of someone undermining legitimate U.S. currency and a direct threat to the U.S. Mint and the Federal Reserve System.

While prosecutors argued his activities amounted to “domestic terrorism” worthy of a 17-year prison sentence, von NotHaus ended up getting six months of home confinement and three years of probation. His requests for a new trial or a voiding of the jury conviction were both denied.

To the assertion that his coin-making was a form of domestic terrorism, von NotHaus just laughed, telling The New York Times, “This is the United States government. It’s got all the guns, all the surveillance, all the tanks, it has nuclear weapons, and it’s worried about some ex-surfer guy making his own money? Give me a break!”

His probation later was reduced to one year, ending on Dec. 9, 2015, just in time for the “numismatic gadfly” to figure out his next minting brainchild — the Donald Trump Dollar.

To stay ahead of federal investigators and prosecutors who secured the jury conviction, von NotHaus has a disclaimer on his new “Trump Dollars: “Political purpose — Not to be used for current money.”

In the now-closed criminal case, federal prosecutors summed it up, saying von NotHaus continues to confuse what he believes should be legal “versus what is in fact legal.”