A new fight-club “fraternity” of young white, pro-Trump men is being formed, its organizers claim, to defend free-speech rights by “Alt-Right” leaders and engage in street fighting.

Kyle Chapman, a California activist arrested in April after a clash in Berkeley between anti-fascist protesters and pro-Trump demonstrators, announced this week he is forming the Fraternal Order of Alt Knights (cleverly called “FOAK”).

Chapman, who uses the Internet meme “Based Stickman,” says his new militant, highly-masculine group will be the “tactical defensive arm” of the Proud Boys, another group that shows up at pro-Trump rallies looking to rumble with counter-protesters. 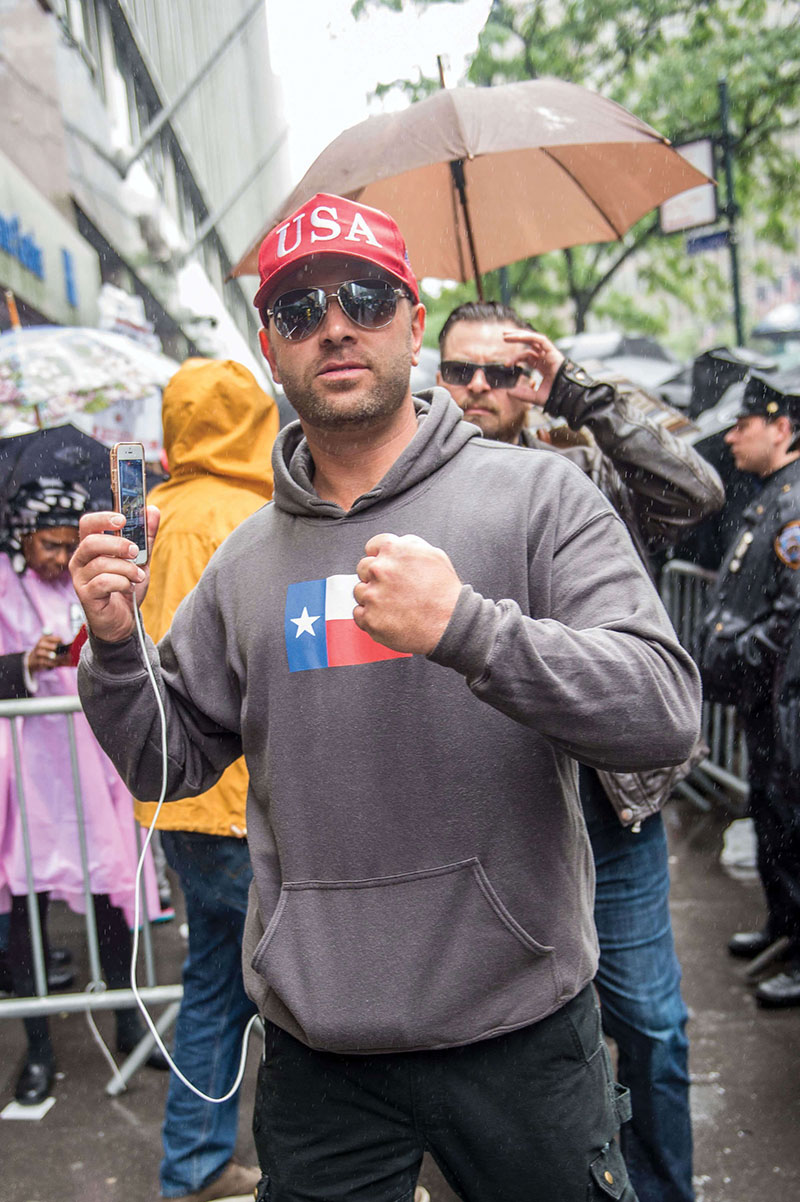 “We don’t fear the fight. We are the fight,” Chapman said in a recent social media post announcing FOAK’s formation.

“I’m proud to announce that my newly created Fraternal Order of Alt-Knights will be partnering with Proud Boys,” Chapman said, with the “full-approval” of its founder, Gavin McInnes.

McInnes is a co-founder of Vice (although he and the magazine severed ties 10 years ago) and more recently has been a frequent guest on FOX News and a contributor for the racist site VDARE where he denigrated Muslims and called Asian Americans “slopes” and “riceballs.”

Others describe it as the military arm of the Alt-Right.

And now there’s “FOAK,” which Chapman proudly describes as a “fraternal organization,” a Proud Boys affiliate chapter, “with its own bylaws, constitution, rituals and vetting processes.”

Although there initially aren’t any overt racist themes, the new Alt-Right group of street fighters sounds quite similar to a neo-Nazi “fight club” called the “DIY Division.” Members of that white supremacist group showed up in March in Huntington Beach, California, mingling with an estimated 2,000 Trump supporters. 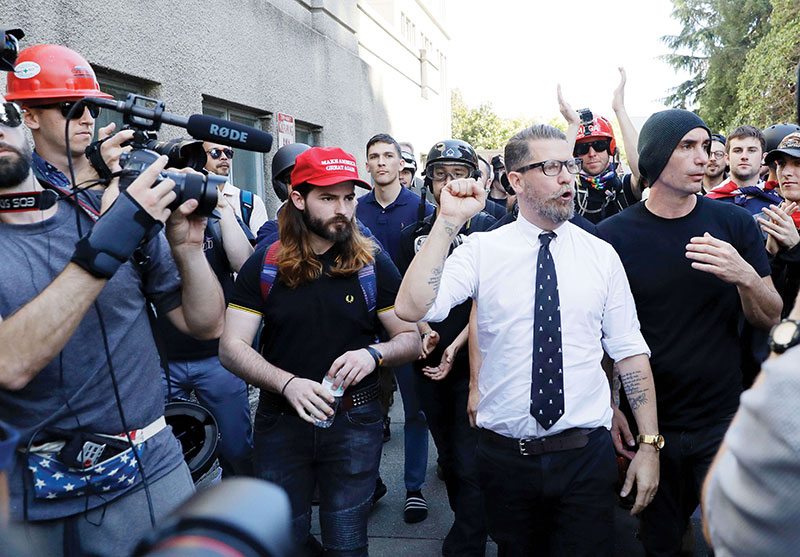 Proud Boys founder Gavin McInnes speaks at a rally in Berkeley in April.

The Proud Boys reportedly have a four-step initiation process. It starts with a prospect declaring himself a “Proud Boy,” suiting up in Fred Perry polo shirts with yellow stripes — similar to those worn by skinheads.

The second degree is a “cereal beat-in” during which the new member is punched and beaten by current members until the plebe can rattle off the names of five cereals (you know, Corn Flakes, Rice Krispies, Cheerios!)

Since then, a fourth-degree has been added to the initiation ritual — brawling with antifascists at public rallies.

Chapman said his Proud Boys’ affiliate, Alt-Knights, are ready to take it to the streets.

“Our emphasis will be on street activism, preparation, defense and confrontation,” he said. “We will protect and defend our right wing brethren when the police and government fail to do so.”

Chapman says his organization “is for those that possess the Warrior Spirit. The weak or timid need not apply.”