On February 27, 2017, a Douglas County Circuit Court judge sentenced José Ismael Torres and Kayla Rae Norton to more than 20 years in prison for terrorizing African Americans at a child’s birthday party in Georgia.

Since then, white supremacists have come out in droves claiming the two defendants were given unjust sentences for using racial epithets and displaying the Confederate battle flag, going so far as to threaten the judge and one of the victims’ supporters.

Jeremy Walls, an associate of the International Keystone Knights of the Ku Klux Klan and the Neo-Confederate League of the South, said, “You want real justice, find out where he lays his head, find out where his family sleeps at night and go take the things he loves from him,” referring to one of the victims’ supporters. 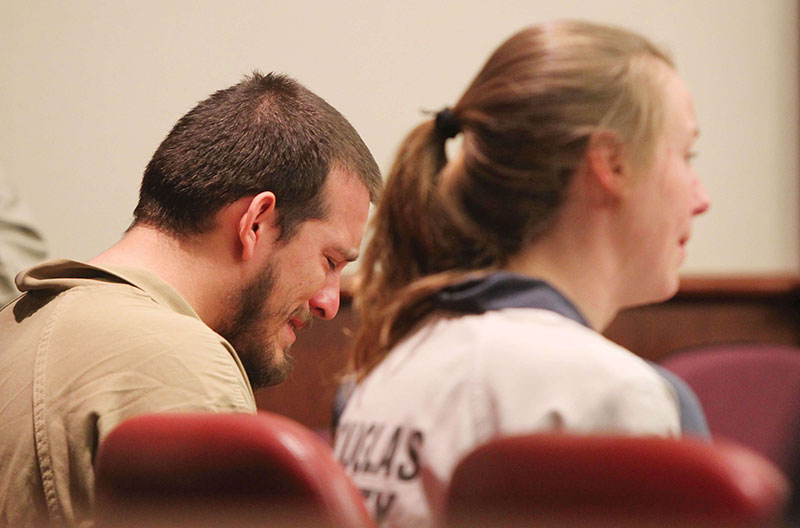 On Feb. 27, 2017 Superior Court Judge William McClain sentenced Jose Ismael Torres and Kayla Rae Norton, right, to lengthy prison terms for their role in the disruption of a black child’s birthday party, much to the dismay of their fellow white supremacists.

After Torres and Norton were sentenced, Girton and James Oliver, a member of the largest neo-Nazi group Nationalist Socialist Movement (NSM), and several white supremacists threatened one of the victim’s supporters and Judge William Beau McClain. They also started an “[a]ll out cyber war against” the district attorney overseeing the case.

Even though Steven Shane Howard of Vancouver, Washington, a longtime Klan leader and former NSM member, agreed that Norton and Torres should serve time in jail, he opposed the lengthy sentences according to an article in the Douglas County Sentinel.

Shortly after the sentencing, Howard unsuccessfully attempted to organize a Klan rally in protest. 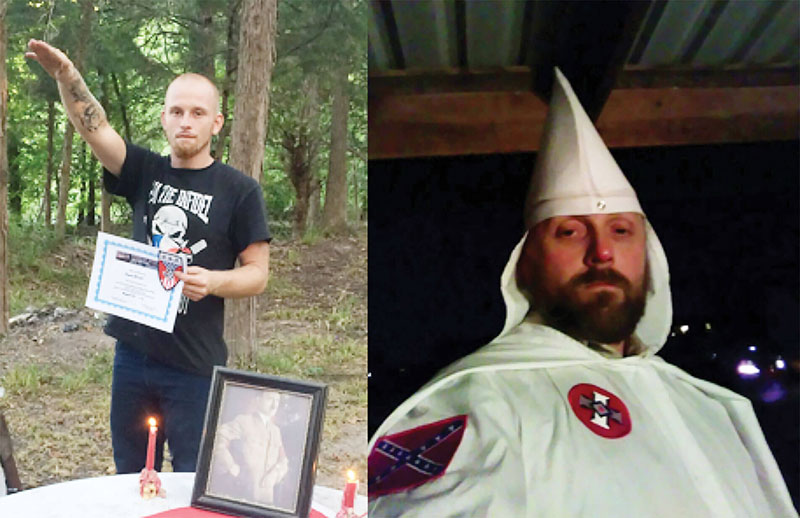 National Socialist member James Oliver (left) and former Klansman John Girton (right) were among several white supremacists who theatened the victim and judge after Torres and Norton were sentenced for terrorizing a child’s birthday party and driving by in trucks bearing Confederate flags.

Oliver and Girton also published a Facebook video claiming Norton and Torres’ innocence and a variety of white supremacists created their own version of what actually happened on July 15, 2015, and peppered their Facebook pages with racial epithets.

“Not one negro was harmed. However, one of them did get their feelings hurt by the use of the n-word,” Girton said in the video.

“What ACTUALLY happened,” Girton said in a video posted to Facebook, “was these flaggers were INVITED to the party in a very fake act of goodwill in the spirit of interracial peace & harmony and such assorted bullshit, but when they arrived some ‘urban youth’ outside began throwing beer bottles at their truck, causing them to swerve into the median which popped a tire on their truck, stranding them on the scene of what would have been another incident of black on white mob violence.”

Girton did not refute that Torres, “reached for his shotgun [and] said, ‘I’ll kill all y’all n------.’” He claims it was in self-defense. According to Girton, “in the heat of the altercation, 30 N-----” attacked the defendants and one member “got stuck there in front of a whole unruly mob of screaming Negros” after his tire blew out. According to Oliver, the “Douglasville 15” — a reference to the 15 Respect for the Flag members tried for their role in the incident — “were invited to a trap … to get them to show up … so they could get jumped by all these Negros … at this ‘supposed’ birthday party.” 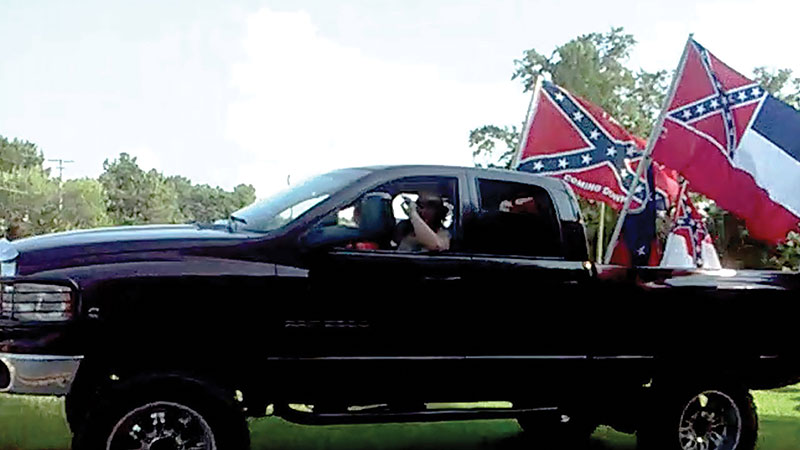 Torres and Norton drove terrorized African Americans at a child's birthday party while driving this truck, complete with confederate flags.

Another person posted a comment on Girton’s Facebook page to suggest that the incident was spurred by a participant at a “black wedding” rupturing a truck tire with a brick. The situation escalated, the story goes, by “the propensity of negroids for hysteria.”

While Girton publicly aired his grievances, he asked individuals who “belong to a registered hate group … to help quietly,” in his video. “Let the grown-ups handle this in secret like we’re supposed to, invisibly.”

Oliver reiterated this sentiment shortly after when he said, “This is a man’s job not a kid’s job.” At the end of the Facebook video dedicated to Torres and Norton, Oliver ended with a Nazi salute and said, “White Power, Sieg Heil, 1488.”