There were two dynamics that determined the fate of America’s radical right in 2017: the election of President Trump and the fallout from the Charlottesville, Virginia, deadly white nationalist rally. 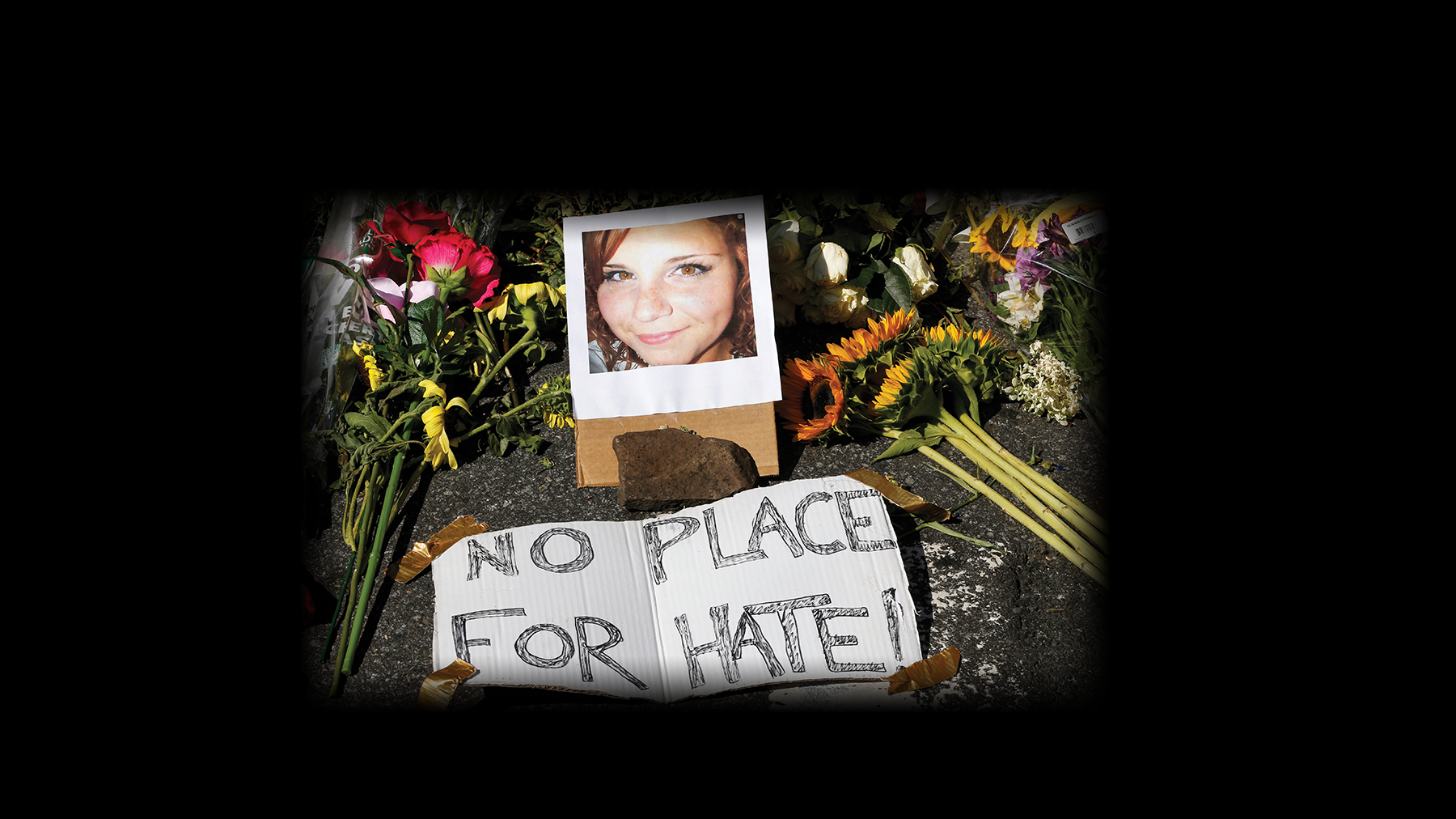 Heather Heyer, was killed in a car attack by a young white supremacist during the protests in Charlottesville.

Extremists rode a wave of euphoria from Trump’s January inauguration until August 11, finally having found an unc---ed politician who reflected the world they wanted to see: a world where racism was sanctioned by the highest office, immigrants given the boot and Muslims banned. Riding high, a wide range of extremists who usually don’t get along — from heavily armed militias, to polo-attired white nationalists, to Klansmen, to neo-Nazis — all joined forces in mid-August in Charlottesville.

They were there to protest the removal of a statue of Confederate General Robert E. Lee, a potent symbol of their beloved white supremacy. It was the largest hate rally in a decade and, for the extremists who gathered, a moment of triumph as America, under Trump, seemed to be moving their way.

But as has long been the case, emboldened white supremacy ended in death and disaster. An anti-racist protester, Heather Heyer, was killed in a car attack by a young white supremacist riled up by the protests. Two law enforcement officers also died, and there were many injured. Most Americans were horrified by what they saw, not just by the violence, but also by scenes of torch-wielding young men chanting “Jews will not replace us,” an image that conjured Nazi Germany.

In the aftermath of the violence, Trump blamed “both sides,” blithely equivocating between racists and non racists. For those who hadn’t been paying attention to the rising number of hate groups, a president who stoked their growth, and a plague of hate crimes in Trump’s name, complacency was no longer an option.

Final Facebook post from Heather Heyer, a counter-protester killed during the Unite the Right Rally in Charlottesville, Virginia. James Alex Fields, Jr., an alt-right supporter who drove from Ohio, has been charged with first-degree murder and accused of intentionally driving his car into a crowd, killing Heyer.

Trump may be unwilling or incapable of understanding what he has unleashed, but not so for the rest of us. Public figures ranging from actors to sports figures to corporate leaders condemned what happened in Charlottesville and the hateful ideas driving the protests. The United Nations, the Catholic Church, and world leaders added their voices, as did regular citizens.

Our national leaders took action. A unanimous, joint Congressional resolution denounced what happened at Charlottesville and called white supremacy and neo-Nazism “hateful expressions of intolerance that are contradictory to the values that define the people of the United States.” It further called on Trump to “speak out” against hate groups and use “all resources available” to battle their growing prevalence and hate crimes. Trump signed the resolution, sheepishly and in private.

Congress did more than craft and pass the resolution. Members of both parties were forceful in rejecting Trump’s equivocation and most denounced his statements, as well as hate groups. The months following Charlottesville saw renewed attention to strengthening hate crimes legislation, a draft domestic terrorism bill out of the Senate and hearings about the threat from racial extremists. Congress can now use its oversight abilities under the joint resolution to press Trump to act if it so chooses.

The Charlottesville events had a remarkable effect on major tech companies. For years, civil rights organizations like the Southern Poverty Law Center had been pointing out the devastating amount of hate proliferating on online platforms and noting its ability, as was the case with Charleston shooter Dylann Roof, to radicalize young men into white supremacy and violence. With Charlottesville, the tech world finally accepted their responsibility and began to act.

Within days, white supremacist PayPal accounts were ripped down, widely read hate sites like the Daily Stormer and Stormfront disappeared from the web for a time, and companies like Facebook became more aggressive about removing hate content. The sewer that the big platforms — Facebook, YouTube, Twitter and others — had become was being flushed out. More work remains to be done on this front, but at least there is no longer a debate over whether it is necessary.

It would be nice to think the Trump administration plans to take this issue just as seriously, but that would be naïve. Trump continues to argue he was right about Charlottesville, and his administration is undoing civil rights protections on multiple fronts.

As has always been the case in battles for civil rights, human rights and equality, it’s up to us to make change. White supremacy as a way of thinking has been a disgraceful scourge, used to justify immeasurable catastrophes up to the present day. It is the ideology that underpins horrors such as slavery, genocide, colonialism, segregation, apartheid, Jim Crow, racist vigilante justice and much more. It is one of the West’s foremost sins.

America was birthed with white supremacy at its core, a concept written into our Constitution. It has taken decades and decades of hard work by courageous people, as in the abolitionist and civil rights movements, to reduce the numbers of people, like the Nazis at Charlottesville, who still view white supremacy as legitimate. In late August, a Washington Post/ABC News poll found that a shocking nine percent of Americans still found it acceptable to hold neo-Nazi or white supremacist views. We can applaud the 90 percent who don’t, but that nine percent represents a daunting 22 million Americans. And millions more are likely okay with other forms of bigotry, most of it rooted in the idea that white people are and should be superior.

But perhaps there is hope. For most of the world, chattel slavery is today a nonstarter, an obvious abomination that shamefully took far too long to end. Its defenders are exceedingly rare, nowhere near the mainstream and its practitioners very few. They are universally condemned.

White supremacy as a concept needs to die the same death. The Charlottesville protests were a stark reminder of the hearts and minds that still need changing. But if we work hard enough, white supremacy, just like slavery, can be chucked permanently in the dustbin of history. The only place where it belongs.