As tens of thousands of people were preparing to make their way to Jena, La., for today’s anti-racism rally, white supremacists were burning up the Internet with furious denunciations, bloody predictions, promises of future violence and calls for lynching.

“The best crowd control for such a situation would be a squad of men armed with full automatics and preferably a machine gun as well,” is how one person put it on the Web forum hosted by the neo-Nazi Vanguard News Network. Added another hopeful VNN poster: “I’m not really that angry at the nogs [a recent variation on an ancient racial slur] — they are just soldiers in an undeclared race war. But any white that’s in that support rally I would like to … have them machine-gunned.”

As the rally began to unfold this morning, it became clear that it would attract huge numbers of people, perhaps even the 40,000 that some organizers had predicted. They came to protest the case of the “Jena 6,” black youths who were charged with serious crimes for an attack on a white youth not long after white teens who had targeted blacks were let off with a slap on the wrist. White supremacists reacted with a strange mixture of anger and admiration for the organizing behind the rally.

But the dominant response was violent rage. “I think a group of White men with AK rifles loaded with high capacity magazines should close in on the troop of howler monkeys from all sides and compress them into a tight group, and then White men in the buildings on both sides of the shitskinned hominids shall throw Molotov cocktails from above to cleanse the nigs by fire,” wrote “NS Cat” on VNN. Another poster fantasized about a terrorist attack in Jena today: “Wouldn’t that be sweet? Gosh darn, wouldn’t that be sweet? Good LORD wouldn’t THAT be SWeeeeEET? Boom, Boom, no more Coon! Well? A White man can dream can’t he?”

“If these blacks want a race war,” added a poster on Stormfront, another white supremacist Web forum, “they will get one. Bring it on.”

In Roanoke, Va., an especially virulent purveyor of race hate, neo-Nazi Bill White, this afternoon posted the home addresses and phone numbers of five of the six black youths who make up the Jena 6 under this headline: "Addresses of Jena 6 N------: In Case Anyone Wants to Deliver Justice." White previously posted the home addresses of Southern Poverty Law Center president Richard Cohen and SPLC cooperating attorney James Boren.

White, the leader of the American National Socialist Workers Party, suggests that readers "get in touch and let them know justice is coming." Another White posting on the matter doesn't hold anything at all back: "Lynch the Jena 6." 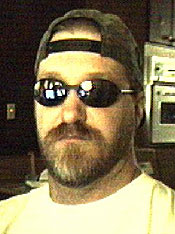