With the nomination of Barack Obama as the Democratic presidential candidate clinched, large sections of the white supremacist movement are adopting a surprising attitude: Electing America’s first black president would be a very good thing.

It’s not that the assortment of neo-Nazis, Klansmen, anti-Semites and others who make up this country’s radical right have suddenly discovered that a man should be judged based on the content of his character, not his skin. On the contrary. A growing number of white supremacists, and even some of those who pass for intellectual leaders of their movement, think that a black man in the Oval Office would shock white America, possibly drive millions to their cause, and perhaps even set off a race war that, they hope, would ultimately end in Aryan victory.

“He will make things so bad for white people that hopefully they will finally realize how stupid they were for admiring these j------- all these years,” “Darthvader” wrote on the neo-Nazi Vanguard News Network web forum. “I believe in the motto ‘Worse is Better’ and Obama certainly fits that description.” Just last week, another poster on the same thread chimed in with this: “I hope Obama wins because in four years, white people just might be pissed off enough to actually do something. … White people aren’t going to do a thing until their toys are taken away from them. So things have to be worse for things to be better.”

“Oh man,” enthused “Centimanus” on the white nationalist Stormfront website. “I am gleefully, sadistically looking forward to Obama as president. … It will be a beautiful day when the masses look at the paper and truly realize they have lost their own country. Added “Fulimnata”: “To the average white man and woman, they could look at Obama and see plain as day that whites are not in control.” Another message, from “TheLastOfMyKind,” agreed: “Could it be that the nomination of Obama finally sparks a sense of unity in white voters? I would propose that this threat of black, muslim [sic] rule may very well be the thing that finally scares some sense back into complacent whites throughout the nation.” “Actually,” said another poster, “if Obama were to win, it would be the best thing that ever happened to the Klan. They would have massive growth.” And “TeutonicLegion” said that “a whole bunch of people will join us and find these boards” if Obama becomes president. 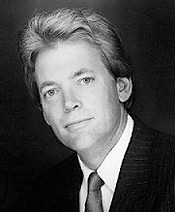