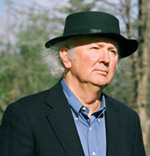 Thomas H. Naylor, the founder and leader of the secessionist Second Vermont Republic (SVR), has called on his former allies in the racist League of the South (LOS) to unequivocally distance themselves from racism and hatred. The LOS (see related recent post), which among other things believes slavery to be “God-ordained” and is against interracial marriage, has participated in two SVR meetings that gathered together secessionists of all stripes. SVR has also participated in LOS meetings.

In a letter dated July 4, Naylor writes, “[s]o long as the albatross of racism hangs around its neck, the LOS can never be a truly effective partner for SVR.” He adds that SVR “risks being tainted by the scourge of racism simply by associating with the LOS.”

Naylor’s letter comes in the wake of a recent Intelligence Report exposé, “North Meets South," that examined SVR’s budding relationship with the LOS. In March, Naylor hotly defended the LOS, telling the Report that though the LOS is "not perfect," it is "not racist." He also told the Report, "I don't give a shit what you write," and that, "If someone tells me that I shouldn't associate with the League of the South, it guarantees that I will associate with the League of the South."

The Report also documented Naylor’s relationships with other extremist organizations. He has appeared twice on the Tennessee-based hate radio program "The Political Cesspool," which is run by white supremacist Council of Conservative Citizens board member and David Duke pal James Edwards. He is also an associated scholar at the Abbeville Institute, which is run by former LOS leader Donald Livingston and is devoted to the ignored "achievements of white people in the South."

In a June 10 posting to the SVR website, Naylor denounced the Report story, calling it “a vicious attack spearheaded by the well-financed, hate-mongering, witch-hunting, left-leaning Southern Poverty Law Center.” He cited no factual errors.

Now Naylor has changed his tune about the LOS. “I am not sure that all LOS members realize that the Civil War ended in 1865,” Naylor writes. And Naylor’s letter has several suggestions for the LOS: renounce racism, recruit black members, bring in black speakers, and promote Southern racial unity. He adds, “the Confederate flag has got to go!”

The LOS has not yet responded to Naylor’s policy advice.

Naylor’s closest partner in efforts to promote secession by working with the LOS and other Southern groups has been Kirkpatrick Sale, a longtime leftist intellectual who now heads an outfit devoted entirely to pushing secessionist movements, the Cold Spring, N.Y.-based Middlebury Institute. In 2007, Sale said that the LOS “has not done or said anything racist in its 14 years of existence.”

This has caused some consternation in the leftist circles Sale has long traveled in. For example, Sale’s colleague Roane Carey at the progressive magazine The Nation, where Sale is on the masthead as a contributing editor, told the Report, “The Nation has no sympathy for or connection to the League of the South or any group of that ilk.” Carey said he hopes Sale “comes to his senses” and distances himself from the LOS. It remains to be seen if Sale will follow Naylor’s lead and do so.