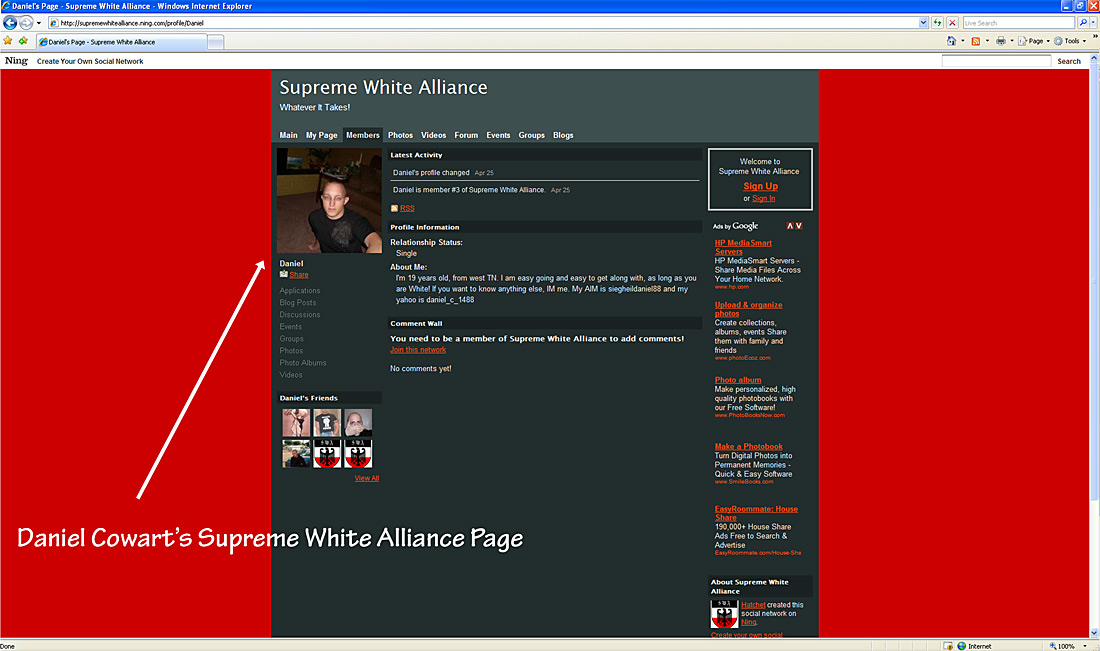 Daniel Cowart, one of the two men arrested Friday in an alleged plot to assassinate Barack Obama and murder more than 100 people, was a member of a racist skinhead group formed earlier this year. The group, the Supreme White Alliance (SWA), posted a note after the arrests saying that a “probate” member — clearly Cowart, although the site didn’t mention his name — had been booted out some time ago. 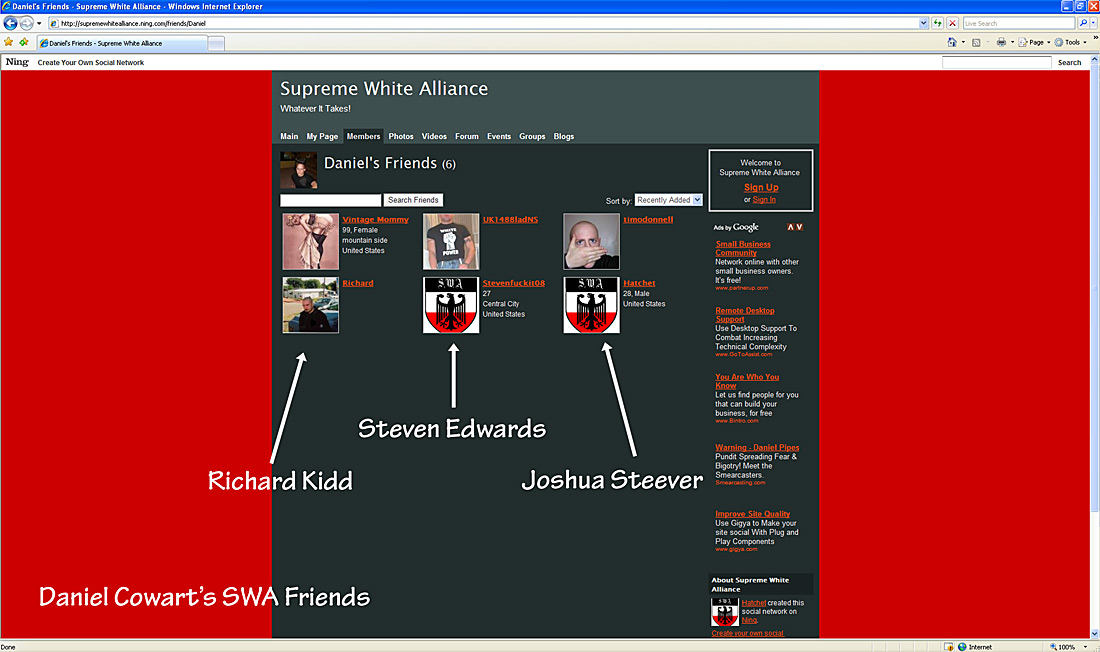 Cowart, in fact, is described as “member #3” of the SWA on the group’s Ning site (Ning is a social networking site), meaning he was the third to sign up for an account on that site. In “Daniel Cowart’s Supreme White Alliance page,” Cowart describes himself as “easy going and easy to get along with, as long as you are White!” In addition, a photo obtained by the Southern Poverty Law Center shows Cowart at a birthday party held for Adolf Hitler last April along with others linked to the SWA. The group is displaying a birthday cake marked with its SWA acronym. 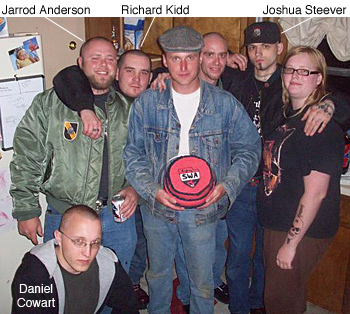 It’s not clear if Cowart’s alleged partner, Paul Schlesselman, was a member or associate of the group. The SWA posting suggests that he is not.

The two men were arrested after federal agents uncovered what they described as a plot to go on a multi-state “killing spree.” In an affidavit, the ATF said that the two, both of whom it described as holding “strong” white supremacist beliefs, had met via the Internet in late September. They later got together and allegedly decided to kill 88 people, followed by beheading another 14 African Americans. (The numbers are neo-Nazi codes representing white supremacist slogans.) Officials said they also intended to target a predominantly black high school, a gun store, and individuals who they planned to rob to raise money. The final act, according to the affidavit, was to come when both men dressed in white tuxedoes and top hats and attempted to shoot Obama as they drove toward him while shooting through the windows, agents said. Both men fully expected to die in their final attack.

The SWA Ning site also carries a page showing “Daniel’s Friends,” belonging to Daniel Cowart, that lists as a friend Steven Edwards (posting as "Stevenfuckit08"), the current president of SWA. Edwards is the son of Ron Edwards, who is the imperial wizard, or national leader, of the Imperial Klans of America (IKA), based in Kentucky. The Southern Poverty Law Center is currently involved in civil litigation with Ron Edwardsand the IKA over the beating of a teenage boy in 2006. The case is scheduled for trial on Nov. 12.