Turns out we were wrong about David Duke. The ex-Klansman and ex-convict who said AIDS is “the only disease that turns fruits into vegetables” is no hatemonger after all. Indeed, “love and beauty inspire all that he does,” according to a brochure hawking Duke’s photographs. 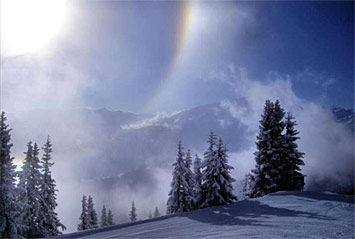 The guy who once said that “n------ are primitive animals” and decried “Jewish supremacist power”? He’s actually a sensitive artist. (Of course, so was Hitler.) In typically modest prose, Duke, or whoever crafted the brochure, wrote: “In addition to his brilliant writing, teaching, speaking and political skills, Dr. Duke has a wonderful photographic and artistic ability.”

Well, not really. Perhaps a huge ego or extensive cosmetic surgery causes blurred vision. It’s not that Duke’s photos of Alpine meadows and streams are terrible. They’re simply ordinary and mundane — the kind of postcard pictures your neighbors Clyde and Mildred might insist on showing you, never mind that you’re bored out of your mind after 10 minutes. Perhaps recognizing this, Duke chose to tinker with a few of his works of art. His colorization of a cityscape of Salzburg, Austria, and of a print called “Autumn Snow” look like Timothy Leary or Peter Max got hold of them. The ghost of Ansel Adams can rest easy. 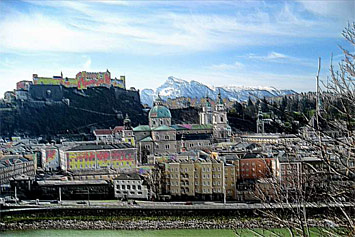 Now Duke is peddling these gems in an effort to raise money. In December, he mailed a letter to supporters on letterhead reading “Representative David Duke” — he hasn’t been a Louisiana state representative since 1992 — offering prints for $99 a pop or six for $500. Such a deal. He said the money is needed to cover “a big financial loss” that his group, EURO, incurred during “our triumph in Memphis.”

EURO is the European-American Unity and Rights Organization. Duke and his cohorts were banished from three hotels in succession in the Memphis area in November as they tried to stage a conference. EURO finally found a hotel that would have him — but a “triumph”? The event, scheduled for three days, was reduced to one day. While EURO had expected about 300 people to show up, only 75 to 100 did so, according to reporters who attended.

All of that hotel hopping apparently was costly. Hence the sale of prints of his photographs, which measure about 28 by 39 inches. “Starting with one of his own finely composed photos, he then adds artistic flourish in color, brightness, contrast, composition, line and form to make a truly beautiful photo-artwork that will captivate and inspire you,” gushes the brochure offering the masterpieces. And best of all: Each print is numbered and signed by the renowned neo-Nazi in gold ink. Those inflated prices are but “a fraction of gallery prices,” according to the brochure, which claims that Duke’s work “has been quietly displayed” in Europe under a pseudonym. (Of course, potential buyers might want to remember that Duke went to federal prison for more than a year in 2003 after using the mails to defraud his own followers. He raised money for his political work that was actually spent on gambling and personal expenses.)

That hyperbole is only exceeded by this purple prose in the brochure: “Preserving the heritage of European Mankind is Dr. David Duke’s life task. He sees our people as a beautiful expression of God and Nature, a people of purpose here on the Living Earth and someday even having a destiny in the stars.”

That kind of writing makes his photographs look almost artistic by contrast.