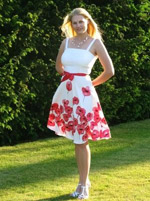 So secretive is Holocaust denier David Irving that he often doesn’t reveal the locations of his lectures until hours before they’re scheduled to begin — and even then, he only tells vetted guests. It must have been a blow, therefore, when his private E-mails appeared on the Internet, courtesy of self-described anti-fascist hackers.

The E-mails, along with the username and password for Irving’s website and AOL E-mail account, were posted last week on WikiLeaks, a website that publishes leaked documents. The messages reveal that it’s not only anti-racists who clash with the long-winded Hitler apologist: Irving’s own assistant, a young blonde woman named Jaenelle Antas, berated him repeatedly for his churlishness.

In a Nov. 7 E-mail, for instance, Antas wrote that Irving recently had been “snotty, rude, and disrespectful toward me.” She also said she was thinking about quitting. “I don’t care if you are frustrated, angry, stressed out, tired, or whatever — treating anybody like the way you have been treating me is unacceptable,” she wrote. “I bend over backwards to help you out on this tour, doing jobs that last year you would have done yourself, and not just making bookings, but also doing things like driving, helping you secure funds to reprint books and locating second-hand books. The only thanks I usually get are long whines about how something isn’t exactly perfect. Why would anyone in the world want to work with or even be friends with someone who is acting the way you have been acting lately? You like to say you treat me better than anyone else does, but the truth is, lately you have treated me worse than anyone else ever has. It hurts my feelings, it makes me angry and resentful, and it makes me question whether or not I should be doing this job anymore.”

Antas was responding to earlier E-mails from Irving in which he accused her of neglecting her responsibilities and “knee-jerk retorting.” “As for your more unhelpful and hostile messages: ‘Get over it,’” Irving wrote on Nov. 7. “I have been working since 6 a.m. this morning trying to catch up and plug holes you have left, e.g., by not bothering to inform me the Sala Thai no longer exists.”

But Irving appears to have gotten over this negligence. In subsequent E-mails, he tries to make it up to Antas with some not-so-subtle sweet talk. “Darling J, you are so efficient and beautiful,” he wrote on Nov. 13. “Please work your magic on (a) attached list [of prospective attendees at his New Jersey talk] and (b) me.”

According to her Myspace page, Antas is a 24-year-old college graduate from Minnesota with a passion for singing. She also appears to have a passion for posting on Stormfront, the leading white supremacist forum. As Stephen Lemons of the Phoenix New Times noted on his blog, Antas likely comments there under the name “Tristania.” The photos Tristania posts are of Antas, and in September, Tristania posted the schedule for Irving’s U.S. speaking tour this fall. Tristania has posted more than 4,000 times since joining Stormfront in 2005.

Also published on WikiLeaks are lists of people who ordered tickets to Irving’s talks in Philadelphia, New York City and New Jersey, along with their addresses, phone numbers, and E-mails. People who might not be friendly to Irving, including those believed to be Jewish, are flagged with the German word “Achtung” (attention). “ACHTUNG is quarter-Jewish” appears below one listing.

Despite their recent E-mail spat, Antas has remained sufficiently loyal to Irving to forward a statement from him to Wired.com. In it, Irving downplayed the leak and suggested that the hackers invented some of the posted material, though he did not respond to a follow-up question from Wired.com asking for specifics. “We shall be apologizing to the many people who may find themselves inconvenienced by these juvenile cyber-nasties,” Irving wrote. “We are puzzled that they are so frightened by historical debate.”

In 2000, Irving lost a lawsuit filed in Britain that alleged that American historian Deborah Lipstadt had libeled him by calling him a Holocaust denier. In 2005, he was sentenced to three years in an Austrian prison after pleading guilty to telling audiences that there were no gas chambers in the Nazi concentration camp of Auschwitz. (Unlike in the United States, Holocaust denial is a crime in many European countries.) Irving was most recently in the news when a knife fight erupted between two white supremacists at his talk last month in Palm Beach County. The leaked E-mails show that Irving wrote the next day to one of the attendees, John Browne, banning him from future events. “Among your guests, it appears, were some who caused a serious affray and damage to hotel property,” he wrote.

In his response to Irving, Browne denied associating with anyone who illegally possesses weapons or resorts to violence. He also said he stepped into the hall where the fight was taking place and took the knife from one of the men. “I think some self examination on your part is warranted, but you can’t ask yourself not to attend future events,” wrote Browne, who runs a white nationalist consulting business. “It seems the questionable association was a Trojan horse within your own house.”