The white supremacist Council of Conservative Citizens (CCC) is calling for a boycott of the upcoming movie “Thor,” based on the Marvel comic book story and directed by Kenneth Branagh. One would think that a film fantasy about a Nordic god (played by blond, blue-eyed Australian actor Chris Hemsworth) performing heroic acts would have a racist group like the CCC squealing with delight. 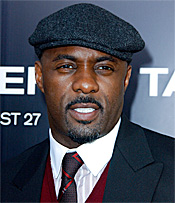 Not so. The CCC is upset about the casting of British actor Idris Elba, who is black, as Heimdall, the all-seeing, all-hearing sentry of Asgard, one of the nine worlds of Norse mythology. After all, Heimdall is supposed to be a Nordic god and, as such, he's supposed to be white, the CCC declares.

Only in the warped worldview of a group like the CCC could the Hollywood depiction of a nonhuman fictional character derived from mythology as imagined by comic book writers be seen as a racial affront.

The decision to cast Golden Globe-nominated Elba as Heimdall was announced in late 2009, and it resulted in a flurry of discussion on comic book fan sites. Some fans have expressed reservations about the casting, but unlike the CCC, most were concerned about remaining true to the comic story line rather than taking issue with Elba's race. Most, however, seem fine with the casting. One pointed out that the Asgardians, as represented in Marvel comics, are a diverse bunch, anyway, noting that some have died and been reborn as others, including “a black dude,” according to one fan, and that the Asgard have also accepted non-human aliens into their ranks. Another mentioned Heimdall's nine mothers, so who's to say what he might look like? And yet another summed it up like this: “Long as the movie doesn't suck, I have no reason to care about the casting.”

Director Branagh reportedly contacted Elba personally in 2009, saying, "I know this isn't a big role, but I would really love to see you play it." Elba's agent, Rupert Fowler, said the actor liked the script and the movie and wanted to work with Branagh. Calls and E-mails to Marvel Comics and Branagh's agency had not been returned by the time of publication.

Comics devotees point out that the Marvel series doesn’t attempt to accurately portray Norse mythology, but that evidently offered no comfort to the CCC (assuming it understood that to begin with). “It's not enough that Marvel attacks conservatives [sic] values,” but “now mythological Gods must be re-invented with black skin,” the group’s statement says. “Marvel Studios believes that white people should have nothing that is unique to themselves. … Can you imagine the outrage if the same multi-cultural makeover was applied to other races?”

But multicultural makeovers have been common when Hollywood has brought action-comic heroes to the big screen – and the CCC has been strangely quiet before now.

They had no problem when Angelina Jolie – who is white – was cast as fictional African-American assassin Fox in the 2008 movie adaptation of “Wanted.” Nor did they complain – though one wonders why not – when Samuel L. Jackson, who is black, was cast as comic-book hero Nick Fury in "Iron Man" 1 and 2. (Maybe it’s because Fury has alternated between white and black in comics.) They didn’t seem to mind when, in the 1989 movie “Batman,” black actor Billy Dee Williams portrayed Gotham City district attorney Harvey Dent, destined to become the villain Two-Face – who, in turn, was portrayed by white actors Tommy Lee Jones in “Batman Forever” in 1995, and Aaron Eckhart in 2008's “The Dark Knight.” No word from the CCC when black actor Michael Clark Duncan portrayed crime boss Wilson Fisk in the 2003 film "Daredevil," another comic book knock-off. And, just for the record, comic book heroine Catwoman has been portrayed on television and in cinema by Eartha Kitt (black), Julie Newmar (white), Halle Berry (black) and Michelle Pfeiffer (white), among others.

In fact, it’s odd that the CCC is more upset about comic portrayals of mythological Norse characters than, say, Denzel Washington playing Don Pedro, an Italian nobleman in Branagh's 1993 “Much Ado About Nothing,” or, for that matter, Morgan Freeman playing God in the 2003 movie “Bruce Almighty.” Perhaps they are soothed by the fact that virtually every Western movie portrayal of Jesus – who was of Middle Eastern, not European, descent – has been done by white actors.

For his part, Elba has waved off criticism of his casting in “Thor,” telling TV Times in April, “Hang about, Thor's mythical, right? Thor has a hammer that flies to him when he clicks his fingers. That's OK, but the color of my skin is wrong?”

The CCC's boycott announcement is garnering more ridicule than support in the comic and movie fan world. One blogger pointed out that the “world's crappiest racists are mad about the Thor movie,” and said that “everyone else in the f------ movie is white, so if Marvel is actually running a vicious anti-white people campaign, they're doing a spectacularly shitty job of it.”