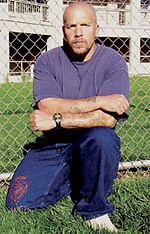 Ken Mieske – who lived up to his heavy-metal-music moniker “Ken Death” by savagely beating an Ethiopian immigrant to death with a baseball bat in Portland, Ore., in 1988 – died Tuesday in an Oregon hospital.

Mieske and two other members of a racist skinhead group called East Side White Pride (ESWP), Kyle Brewster and Steve Strasser, were involved in the beating and subsequently pleaded guilty to murder, assault and racial intimidation in the attack on graduate student Mulugeta Seraw and another Ethiopian man. The case provided the basis for a landmark Southern Poverty Law Center civil suit against White Aryan Resistance (WAR) founder Tom Metzger, one of most notorious and influential American white supremacists of the last 30 years.

Mieske, 45 – known as “Ken Death” during his days as a death-metal rock musician – had been imprisoned since his arrest. Prison officials did not give a cause of death, but according to The Oregonian, Mieske had long suffered from Hepatitis C.

On the night of Nov. 12, 1988, Mieske (mugshot below), Brewster and Strasser confronted Seraw and the other man standing near Seraw’s car, parked on a side street where he lived, according to The Oregonian. The skinhead posse screamed at the two African men to move, then attacked them. At one point, as Brewster punched Seraw, Mieske moved behind him and struck him twice on the head with a Louisville Slugger bat. As Seraw lay bleeding on the pavement, Mieske struck one more time.

The final blow “crushed his head between the bat and the hard pavement,'” said Portland police Detective Sgt. Tom Nelson, a key detective in the case, according to the newspaper. 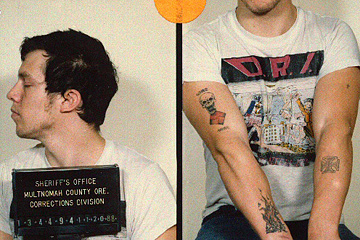 Just three weeks prior to Seraw’s murder, Metzger emissary Dave Mazzella, head of WAR’s youth unit, the Aryan Youth Movement, had made contact with ESWP seeking to organize the skinhead group. When the news of the gruesome crime broke, Metzger praised Seraw’s killers for having done their “civic duty.”

But following their guilty plea, the SPLC sued Metzger and WAR on behalf of the victim’s family. Using the doctrine of vicarious liability, plaintiffs' attorneys argued that Metzger should be found liable for intentionally inciting the skinheads to engage in violent confrontations with minorities. A jury agreed, returning a record $12.5 million verdict against Metzger and WAR. Tom Metzger was personally responsible for $5.5 million of that sum. Metzger lost his house, truck and tools (although $45,000 was returned to him after his house was sold, under provisions of California's Homestead Act) and was required to make monthly payments to Seraw's estate for 20 years.

The verdict crippled Metzger's organization, which today is little more than a website where he distributes his ideas and propaganda.

Though hobbled by the verdict, Metzger remained active and unrepentant, albeit much less influential, in the white supremacist movement of the 1990s. He was able to continue running his WAR phone hotline and the publishing of white supremacist pamphlets. Twice in the 1990s, he and his son John traveled to Japan to push their separatist views there. He also was sued in 1991 for using the Bart Simpson character on "Nazi Bart" T-shirts.

Since losing the civil trial, Metzger has been advocating that white supremacists adopt a “lone wolf” or “leaderless resistance” strategy and engage in criminal actions only individually or in small cells. He argues this will help to avoid detection by law enforcement. “Membership organizations are fraught with leaks and agents,” Metzger explained on his website.