Long-time racist August B. Kreis III says he’s stepping down as leader of a splinter faction of the neo-Nazi Aryan Nations, just weeks after being convicted of federal fraud-related charges.

Kreis, who’s reported to be suffering from diabetes-related health problems, doesn’t give a specific reason for quitting in his Internet posting, but says his successor is Pastor Drew Bostwick, who has lived in Iowa and been active in the neo-Nazi National Socialist Movement. 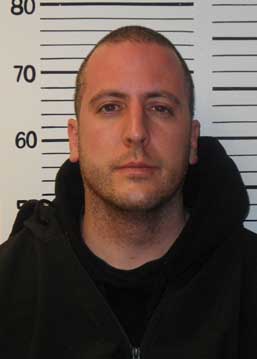 The Aryan Nations splinter Bostwick (right) now heads, with a tiny but unknown number of followers, will be renamed “Tabernacle of the Phineas Priesthood-Aryan Nations,” the new leader says. The term “Phineas” refers to a Old Testament character who killed both an Israelite man and a Midianite woman as they were having sex — a story that is used by white supremacist to biblically justify acts of violence against “race-mixers” and others.

Kreis claimed in his Jan. 6 post that he was named in advance in 2001 by Aryan Nations founder Richard Butler to succeed Pastor Ray Redfeairn, who took over from Butler, if Redfeairn, who died unexpectedly in 2003, was not able to continue as leader for any reason. But Kreis was never able to really revive the organization, and other extremists fought him in their own bids to take over in the wake of Butler’s 2004 death. Few extremists saw Kreis as the real leader of Aryan Nations, which was nearly destroyed by a 2000 lawsuit and Butler’s death.

In following years, while living in South Carolina, Kreis came under FBI investigation after making statements supporting Al Qaeda terrorists. Nothing came of those statements, but the probe did lead other allegations against Kreis, and last August he pleaded guilty to a federal charge of lying to the U.S. government while drawing military veterans’ benefits. The 56-year-old racist was given a six-month prison sentence and just released in mid-December. He still must pay $192,387 in restitution in $100-a-month payments to U.S. government he despises.

“You may or may not know, and none of you will be surprised to hear, but ZOG has done its best to destroy me and my family, imprisoning me and removing me from my wife and 8 children as well as my congregation,” Kreis said in what were his first public comments since being sentenced in December. ZOG is an acronym for the neo-Nazi phrase Zionist Occupied Government, meaning the federal government.

“We will not be held hostage by the tyranny of our enemies [and] we will prevail,’’ Kreis said. “I will remain devoted to our cause as pastor in the church. However, in light of these circumstances which are beyond my control, I find myself in a position, for the better of the Nation, to pass leadership to Pastor Drew Bostwick.”

Kreis said Bostwick “holds many treasures from the teaching of our esteemed elders,” including Butler. Bostwick “is a great teacher,” Kreis said, adding, “Yahweh will work through him leading us all to eternal victory!”

Bostwick, in a follow-up posting, claims he is the last living Aryan Nations pastor “ordained” by Butler just days after a historic lawsuit that bankrupted the Aryan operation in North Idaho. The 2000 civil suit, resulting in a $6.3 million jury verdict, was filed by the Southern Poverty Law Center on behalf of a woman and her son who were assaulted by Aryan guards.

“[That] was a terrible time for everyone,” Bostwick said. “The church was being destroyed by external enemies and internal rats and traitors.”

Before bulldozers moved in and firefighters burned down the buildings at the bankrupt Aryan compound for training exercises, Bostwick said he was “divinely called to the ministry.” He claimed he was “ordained in [the] war-torn church” on Oct. 28, 2000, by Butler, Kreis and Pastor Neuman Britton, while “evangelist” and fellow neo-Nazi R. Vincent Bertollini and others in the congregation were witnesses.

Bostwick said he first visited the Aryan Nations compound, near Hayden Lake, Idaho, in 1992, when he was “still a little rebellious” in his neo-Nazi skinhead days. “I turned off Rimrock Road, onto the long tree-lined lane [of the Aryan compound] which led me to the gates of my redemption,” he wrote.

Bostwick lived briefly at the Aryan compound and learned the tenets of Christian Identity — a kind of neo-Nazi theology based on the Bible — under Butler’s tutelage. “I found, while walking through the buildings, constructed by the heroes and martyrs of our race, such as Bob Mathews [the late leader of the terrorist group The Order] and others, a warm, soothing comfort that I had never felt before in a church,” Bostwick wrote.

“I studied the Identity message under Pastor Butler from March of 1992 until his passing in 2004,” Bostwick added. The racist religion known as Christian Identity holds that the Bible is the history of white people and that Jews are the biological descendants of a mating of Eve and Satan in the Garden of Eden; it describes non-white people as soulless “mud people” created as “beasts of the field.” Like his mentors, Butler and Kreis, Bostwick appears to weave these theological beliefs together with worship of Adolf Hitler and National Socialism.

“I hold lifetime credentials of ministry to certify that I am a licensed and ordained minister of the gospel of Jesus Christ in good standing and am recognized as being in the Church of [Jesus] Christ Christian,” Bostwick said, referring to the theological arm of Aryan Nations. “I studied the Identity message under Pastor Butler from March of 1992 until his passing in 2004.”

Even before Butler’s death, various splinter factions of the Aryan Nations sprouted up in the wake of the lawsuit that literally leveled the hate group’s 20-acre compound in North Idaho. Kreis, then in Pennsylvania, led one faction with a very active website, while Morris Gulett in Louisiana led another, interrupted by a prison term he served for conspiring to rob a bank. Last September, after Gulett emerged from prison, his faction sponsored the 2011 Aryan World Congress, the first time that event has been held since Butler’s death in 2004. Gulett has been named “World Leader” of that Aryan Nations faction, the largest.

Briefly, there also was an Aryan Nations faction in Alabama that now appears to have morphed into a White Knights of the Ku Klux Klan group.

Bostwick said his group will no longer use the title “Church of Jesus Christ Christian,” which was used by Butler’s organization.

Bostwick said “it is with the deepest respect” to Swift’s memory that “we have chosen to represent ourselves under the name ‘Tabernacle of the Phineas Priesthood-Aryan Nations.’”

Meanwhile, the years of infighting among the various self-proclaimed Aryan Nations leaders doesn’t appear to have ended. Bostwick said in the months after Butler’s death almost eight years ago, there was “another flock of vultures, hovering around, who picked at his bones after his passing before he was even cold.” “We know who you are,” Bostwick warned them. “I know who you are. You know who I am! Hope to see you soon!”