Attention, students and lovers of learning: If you’ve been seeking an education with a “moral and nationalist perspective,” unencumbered by government censorship and “political correctness,” your search is finally over. The Roger Sherman Institute (RSI), a new and unusual institute of higher learning that presents a “‘spin’ on America” that “is distinctly nationalist, patriotic, biblical, and constitutional,” this week marked its “inaugural semester,” opening its virtual doors to aspiring scholars everywhere.

Founded in 2012 by an encyclopedia salesman, a movie stuntman, and a building inspector, RSI doesn’t teach “theoretical physics, double-entry accounting, or Freudian voodoo.” Instead, it offers courses on conspiracy theories, farm science and aquaculture, and “the sociotheosphere, where you can learn about historical battles between dominant religions and government.”

RSI was named after Roger Sherman, a Connecticut lawyer who served in the U.S. Senate in the 1790s and signed both the Declaration of Independence and the U.S. Constitution. According to the school’s website, Sherman was “a man of impeccable moral fibre” with an “absolute hatred of paper money,” who “walked to the beat of a vastly different drummer than those who occupy modern Wall Street and Washington, D.C.” 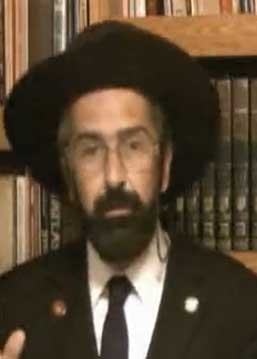 (Prospective theology students who fear the name of the institute is “some form of man-centric idolatry” are told to “take heart. He can be an example to others, in much the same way as any of the Apostles or Reformers now have Seminaries named for their achievements. We do not think him a ‘saint’ in any way. Those decisions are left to the Ultimate Judge of us all.”)

Such caveats are not the only thing that sets the online-only Sherman Institute apart from its competitors. As RSI co-founder Aaron Bollinger, a former Encyclopedia Britannica salesman who signs E-mails “Disciple Aaron,” explains in an online video promoting the school, “This is not a higher learning institution that will politically correct historical fact to protect someone’s feelings.”

What’s more, he says, “Our instructors don’t follow the script written by state and federal governments or specific organized religions about education in the realms of political science, theology, or general studies.” Instead, “we allow you to research down whatever rabbit-holes you choose.”

Bollinger knows a thing or two about rabbit holes. A pale, bearded character who appears in the promotional video clad in a black suit, narrow black tie and broad-brimmed black hat of the kind favored by traveling preachers of yesteryear, “Disciple Aaron” is a longtime radical-right activist who has mingled and worked with the some of founding fathers of the antigovernment “Patriot” movement.

In 1981, fresh out of high school, he joined the “Committee to Restore the Constitution,” a Colorado-based operation run by the late Archibald E. Roberts, a retired Army lieutenant colonel who despised the United Nations and who once wrote that “men of unbalanced and dangerous brilliance” – presumably Jews – had “perfected a sophisticated and systematized plan, incorporating brainwashing and genetic prostitution, to achieve soviet-style control over the American social order.”

Bollinger has worked for Liberty Lobby, an anti-Semitic organization founded by infamous Holocaust denier Willis Carto, and as a researcher for the far-right Gun Owners of America, whose founder, gun rights absolutist Larry Pratt, played a crucial role in introducing the concept of citizen militias to the radical right. In the mid-2000s, Bollinger became involved with Christian Exodus, a fundamentalist effort to take control of South Carolina and, “if necessary,” declare it a sovereign republic that would enforce “Christian” morality through the power of government.

(The Christian Exodus movement still exists online, where website administrator Keith Humphrey – who also manages one of the Sherman Institute’s websites – rails against birth control and abortion and “promotes the preservation of Christian culture for generations to come, through disentanglement from the flesh-hooks of imperial servitude, and a return to the fundamentals of Christian living.”)

These days, Bollinger works as legislative director for Restore the Republic (RTR), a conspiracy-minded Patriot group that wants to eliminate the Federal Reserve and the IRS, end globalization, and make it illegal to implant microchips in people (no signs that is happening, but according to RTR, plans are in the works). Bollinger also serves on the advisory board for Committees of Safety, another Patriot group, along with lawyer and radical-right thinker Edwin Vieira, under whom he studied “constitutional law” in the early 1980s.

Though he is its most visible representative, Bollinger did not found the Sherman Institute alone. One of his partners is David Irons, an antigovernment activist who in 2008 mounted a failed campaign for the Michigan House of Representatives on a platform of abolishing the income tax. Irons also owned a building inspection business, which – ironically, given his disdain for government – is accredited by the Federal Housing Administration, the agency that insures mortgages.

RSI’s other co-founder is David Schied, a former movie stuntman who claims to be working with longtime radical tax protestor Bob Schulz to establish “Constitutional Lobbies” in each state.

The rest of the school’s faculty is similarly credentialed. Its dean of theology is David Whitney, a pastor who says churches should help arm and train people in self-defense. Whitney is chaplain to the Maryland League of the South, a neo-Confederate and theocratic hate group that advocates a second Southern secession and the creation of a “godly” nation run by “Anglo-Celtic” (white) elites.

Serving as dean of justice studies is Greg Evensen, a militia sympathizer and former Kansas state trooper whose essays and radio broadcasts are widely disseminated on apocalyptic Christian and militia websites and who, following the 2010 Deepwater Horizon oil spill, suggested that “alien hybrids” pretending to be U.S. troops would enforce the evacuation of up to 40 million people from the Gulf Coast area.

Every online university needs a dean of distance learning – and at RSI, that title belongs to Veronica Ann Hannevig (or “Veronica Ann; Hannevig,” as she spells it in court documents), an apparent adherent of the radical antigovernment “sovereign citizens” movement (whose followers believe they are exempt from most federal laws and taxes and who often indicate their movement affiliation by inserting punctuation marks into their names). Hannevig maintains a personal website, The Truth Store, which features prominently a notice to the government that she was “born in the United States of diplomatic representatives by hereditary succession of the Kingdom of Heaven” and that she claims “the property, rights, privileges and immunities granted to me and my heirs by hereditary succession by Our Father, Y'hw(v)'h, the Creator and sovereign ruler of the heavens and the earth and all that is in them.”

Also teaching classes at RSI are Michael Peroutka, a League of the South member who was the far-right Constitution Party’s 2004 presidential candidate; Mark Anderson, editor of the American Free Press, a conspiracist, anti-Semitic weekly that bills itself as “America’s Last Real Newspaper;” and Karen Ruff, a South Carolina tea party activist whose course on conspiracies in contemporary politics will cover, among other things, “the well documented forgery of the birth certificate and selective service documents of Barack Obama.”

According to its website, enrollment at RSI is still open. Course standards are rigorous, but students will learn to think for themselves. As Bollinger notes in his video advertisement, “If you are going to spend your money for an education, shouldn’t you get the most for it – without political correctness getting in the way of learning, and without the censorship or preconceived notions of government and organized religion influencing what you can learn?”

RSI, which according to Bollinger has the “most cost-efficient program in America,” prefers that students pay in silver (Bollinger, for instance, charges seven troy ounces of “Pre 1965 silver coin” for undergraduate courses and nine troy ounces for graduate courses) but will accept “Federal Reserve Notes” (cash) and postal money orders as well.