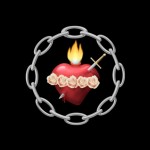 On May 13, Jason McCann’s nephew celebrated his first communion at the Saint Benedict Center (SBC) in Richmond, N.H.

McCann was not in attendance.

He wanted to be there. But Brother André Marie, Prior of the Slaves of the Immaculate Heart of Mary, a religious order based at SBC, was firm in his refusal to allow McCann to worship at SBC’s chapel. In a May 9 letter explaining his decision to McCann, he wrote that McCann’s “sin ranks, along with willful murder, oppressing of the poor, and defrauding working men of their wages, as one of the ‘sins that cry to Heaven for vengeance.’”

McCann’s so-called “sin”? The 25-year-old Boston man is openly gay and has declared himself in love with his partner, Earlon Smith.

The Saint Benedict Center has long had troubled relationship with the mainstream church. Though served by a priest who is in communion with the Vatican, it is not a regular diocesan organization and it establishes its own rules for membership.

The Slaves of the Immaculate Heart of Mary is a "radical traditionalist" Catholic religious order founded by Leonard Feeney, an ultraconservative and anti-Semitic priest who was excommunicated in 1953. Feeney, who in 1958 wrote that “the Jewish race constitutes a united anti-Christian bloc within Christian society, and is working for the overthrow of that society by every means at its disposal,” reconciled with the church before he died. But after his death, his religious organization split into factions, with the most radical setting up shop in Richmond, N.H.

McCann spent eight months as a novice with the Slaves of the Immaculate Heart of Mary after attending SBC’s high school for three years, during which he was taught that the moon landing was fake, that the question of whether Earth is at the center of the universe remains open, and that this planet is just a few thousand years old.

In an E-mail to Hatewatch, Bro. André Marie stated that the SBC does not have a policy banning opening gay congregants or guests per se, but that McCann is forbidden to worship there because he “caused a scandal when he rebelled against his Catholic Faith and chose to live in a homosexual relationship with another man. His words and actions were harmful to his family, who worship here, and to the peace and concord of this small Catholic community.” Noting that he has offered to hear McCann’s confession, Bro. André Marie continued: “[W]hen he confesses and stops living in homosexual cohabitation, he would be welcome once more to come to any functions we have here at our Center. I made it clear to him that these conditions were imposed because of his actions, not his sinful inclinations, or ‘orientation.’”

That seems like a distinction without a difference, as McCann is effectively barred from SBC unless he leaves his partner and renounces his identity. His only “action,” aside from coming out of the closet, was to request permission to attend his nephew’s first communion.

In an April 25 letter to Bro. André Marie – one of several imploring the prior to repeal his ban – McCann wrote, “Earl and I are rational people, despite what you may think of our morality. We are reasonable. We are not trying to change doctrine or dogma. … We don’t want pro gay sermons to be preached. We don’t need gay marriages to be performed in your church. We strongly believe that every religion has its rights to its beliefs and practices. What we do want is to be treated with dignity and respect.”

He continued: “Allowing public, extended family, and the occasional public sinner into the church is an age old tradition. We are not asking to receive sacraments; we are not asking to change custom. We are asking to come to mass from time to time and worship God. God who knows our sins, knows our hearts, and will judge us accordingly.”

The SBC’s refusal to allow McCann in its chapel is not in keeping with the mainstream Catholic Church’s teaching on ministry to LGBT people – which is hardline enough as it is. The Catholic catechism states that “homosexual acts are intrinsically disordered,” “contrary to the natural law,” and can “under no circumstances … be approved.” But it says also that “men and women who have deep-seated homosexual tendencies … must be accepted with respect, compassion, and sensitivity. Every sign of unjust discrimination in their regard should be avoided.”

The Diocese of Manchester, N.H., stressed the importance of “respect, compassion, and sensitivity” in a March 26 letter to McCann, who had written seeking assistance in his efforts to persuade Bro. André Marie to soften his position. Describing SBC’s ban on LGBT people as “troubling,” Diane Murphy Quinlan, chancellor of the diocese, wrote: “The United States Bishops have said that faith communities should serve as a foundation for spiritual support for those with a homosexual inclination by welcoming them and encouraging their participation.” She wrote that she would share McCann’s concerns with bishop’s liaison to SBC, but reminded him that ultimately, SBC “is not a diocesan institution, and it establishes its own rules for membership.” Meanwhile, she wrote, McCann is “welcome” to attend Mass at a local parish of his choosing.

McCann does attend Mass – in Boston, where he lives. His partner, Earl Smith, attends too.

In a recent interview with Hatewatch, McCann emphasized that he and Smith still do not take communion. They feel it would be hypocritical, because, in the eyes of the church, they live in a state of sin. “But I still like to pray. I like to get as close to God as I can because I don’t think I have all the answers and I don’t think the church has all the answers,” he said. But, he added, “I do love my faith and I do want to practice it.”

Part of McCann still misses SBC. Aside from being his home church, two of his siblings are members of the Slaves of the Immaculate Heart of Mary, and most members of his family, from whom he is now largely estranged, attend services there. But he says he does not respect the group’s position.

“It’s very much ‘hate the sinner’ – they’ve gotten so concerned with rejecting the sin that they’ve sort of thrown the baby out with the bathwater,” McCann said. “I think they’re teaching the children a much more damaging lesson by saying the sinner shouldn’t be allowed in church. … They’re saying [to LGBT people], ‘You can’t come hear to hear God’s voice, to get direction.’”

It was with heavy hearts that McCann and Smith brought their story to the media, for the two men do not see themselves as activists.

“I don’t hate the members there; they are my friends and family. And I was raised up in this kind of theology, so I … have a perspective on where they’re coming from,” McCann said. But when Bro. André Marie wrote that McCann could not set foot in the SBC chapel unless he was there to confess and do penance and that Smith was not allowed on the property at all, “It was like they said, ‘For you, Earlon, Christ’s arms are closed.’ That’s where they stepped over the bounds.”

Echoing this sentiment, Smith, who was recently baptized in Boston, told Hatewatch, “We don’t want to march at the front of the parade, but we do know hate when we see it.”