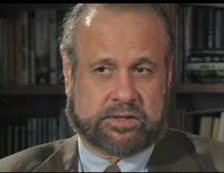 Roan Garcia-Quintana is a board member of the Council of Conservative Citizens, which opposes “all efforts to mix the races of mankind.”

At 62, Roan Garcia-Quintana is a worldly, retired college professor and longtime South Carolina political operative with deep roots in the Republican Party. That’s why what he recently told the Charleston City Paper sounds like such a bizarre story. You know: BS.

In an interview with the paper, he was trying to explain himself after he was forced to resign from Gov. Nikki Haley’s 2014 re-election campaign steering committee last month shortly after Hatewatch revealed that Garcia-Quintana is a lifetime member and current board member of the white nationalist Council of Conservative Citizens (CCC).

The CCC is the linear descendent of the old White Citizens Councils, which were formed in the 1950s and 1960s to battle school desegregation in the South, and it has evolved into a crudely racist organization. Its website, for example, has referred to black people as “a retrograde species of humanity.”

Garcia-Quintana told the City Paper that despite being a lifetime member of the CCC, he didn’t read the group’s statement of principles until someone confronted him about it. “That was written by someone I’ve never met, and that was written a long, long time ago,” the paper quoted him as saying.

The paper reported that Garcia-Quintana, who was born in Cuba but raised in the South, said he wasn’t aware until recently that the CCC in its statement of principles opposes “all efforts by the state and other powers to weaken the structure of the American family through toleration of sexual licentiousness, homosexuality and other perversions, mixture of the races, pornography in all forms, and subversion of the authority of parents.”

Garcia-Quintana, who identifies as white and not Latino, also told the paper that he personally doesn’t condone interracial marriage, but he doesn’t think “the government has any business in this, now, let me make that perfectly clear. When it comes to private things, I tend to fall more on the libertarian side than anything else.”

He also tends to fall on the rabid nativist side, even though he’s a naturalized citizen who was born in Havana. He’s executive director of Americans Have Had Enough, an anti-immigrant group based in Mauldin, S.C., where he lives. At the 2008 CCC conference held in Sheffield, Ala., Garcia-Quintana referred to Latino immigration as an “illegal alien invasion.”

Garcia-Quintana also, strangely, weighed in on the ethnicity of Gov. Haley, the daughter of Indian immigrants and only the third person of color to be elected governor of a Southern state. He figures she’s a Caucasian, the City Paper reported. “She has the features of a Caucasian: her nose, her eyes, her cheeks, her mouth. That's really how you describe it. But I'm sure she thinks of herself like I do – would like to just think of herself as an American, period. You know, it's too bad that we have segregated ourselves to death.”

Garcia-Quintana has worked in GOP politics for many years. According to the City Paper, he said he worked as a pollster for Republican consultant Lee Atwater on 22 House and Senate races, and on President Ronald Reagan’s 1980 campaign. After that election, he was appointed deputy director of the National Institute of Education.

He’s not the first Republican politico to be forced into explaining his ties to the CCC. Most famously, it was revealed in 1998 that U.S. Rep. Bob Barr of Georgia gave a keynote speech to the group’s national convention that year and that former Mississippi Sen. Trent Lott had spoken to the group five times. Both claimed they knew nothing about the group.

Garcia-Quintana was registered to attend last weekend’s CCC conference – a two-day hate-fest held in Winston-Salem, N.C.  A badge with his name on it was waiting for him at sign-in table. He did not show up. If he had, it would have been hard for him to come away with any impression other than the group is brazenly racist and anti-Semitic. But then, it’s assumed he’s been to its meetings in the past, being a board member and all.

Maybe he was back home in South Carolina, getting his story together.