The National Alliance, the group that long dominated the American neo-Nazi scene but has shriveled since the 2002 death of its founder, is close to receiving a Canadian bequest that may be worth as much as $1 million, reliable sources say. 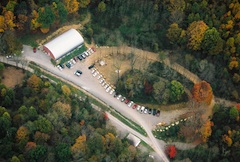 The money comes from the estate of Robert Harry McCorkell, a longtime Canadian member of the Alliance and chemist who reportedly spent time at MIT and the Smithsonian Institution before dying at age 67 in St. John, New Brunswick, in 2004. The estate includes, among other assets, a collection of ancient Greek and Roman coins, at least some of them gold, that McCorkell collected over the years and that was once displayed at the University of Saskatchewan Museum of Antiquities.

The news that the West Virginia-based Alliance could soon receive a huge infusion of Canadian funds set off a storm among human rights activists, several of whom suggested it might be possible to use Canadian law to halt the transfer.

“I actually think it can be stopped,” Bernie M. Farber, the former longtime CEO of the Canadian Jewish Congress, told Hatewatch. “Let me be very clear. Anything we can do within the law to prevent hate groups and domestic terrorist groups from getting one cent, we should engage in. We haven’t heard much from the National Alliance as late, but an infusion of funds could change that in a minute.”

Members of the Alliance, which operates in Canada as well as the United States, have committed acts of terrorism over the course of some three decades, including bombings, arson and assassinations. A book by its founder was the inspiration for Oklahoma City bomber Timothy McVeigh, who murdered 168 people in 1995. In 2002, the FBI described the group as “a continuing terrorist threat.” To this day, it sells manuals on explosives, boobytraps, incendiary devices and guerrilla war.

Meanwhile, Erich Gliebe, who took over the Alliance after founder William Pierce died 11 years ago and now controls its assets, has begun to liquidate its mountaintop property near Mill Point, W.V., Hatewatch has learned. Even as the once-thriving 346-acre compound falls into disrepair, Gliebe earlier this month put 289 of its most picturesque acres up for sale, asking $699,000. To some within the group, the move suggests that Gliebe, who recently was working a low-wage job in Cleveland and has little money, is winding up most Alliance political operations and cashing out. It remains unclear if and by how much he could personally benefit from the Canadian bequest.

The reasons the estate has been tied up for nine years remain obscure. John Hughes, an attorney from Moncton, New Brunswick, confirmed that he is handling the estate for McCorkell and that it is now in probate. But he would not divulge further details about the estate, which sources have told Hatewatch is expected to be settled shortly. Publications of the University of Saskatchewan have said McCorkell’s collection of some 350 coins is worth “tens of thousands of dollars,” but knowledgeable sources say the entire estate is worth several hundred thousand dollars, up to $1 million. 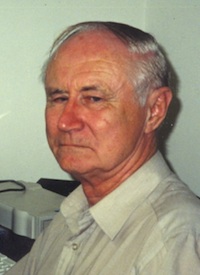 Curiously, Hughes paid to have McCorkell (right) buried at Fernhill Cemetery in St. John under the name of Harry Robert McCorkill, cemetery officials said, switching his first two names and altering the spelling of his last. (McCorkell’s published work, his loan of the coin collection to the University of Saskatchewan, and his will were all under the name of Robert McCorkell.) In another inexplicable twist, McCorkell’s obituary was only published this April, nine years after his Feb. 20, 2004, death, in a New Brunswick newspaper, where the McCorkill spelling was used again.

Hughes said he had nothing to do with the obituary’s recent publication, but added that McCorkell had used two different names. He at first said that McCorkell did not have two legal names, but then added, oddly, that “both names were legal and he used both.” Pressed further on McCorkell’s use of two names, Hughes said, “Well, I filed paperwork making that clear with the court.” He also suggested contacting the lawyer for the National Alliance and Gliebe. Later, when asked about the legality of money going to a U.S. neo-Nazi group, he said he had erred in talking about the case at all.

McCorkell, who joined the Alliance in 1998, was no small-time member of the group, which once included 1,400 clean-cut cadres but today has fewer than 100 members. Shortly before his death, Pierce hired the Canadian to edit his last book, Who We Are, and McCorkell moved to the West Virginia property in 2002 to do so. The book was published late last year.

The bequest angered several prominent Canadian lawyers who have been active in the area of human rights. “I think it’s outrageous and unfortunate,” Ottawa criminal attorney Leo Adler told Hatewatch. “I think the best way to challenge the will is probably for the family to say, ‘You know what, we were shocked to learn what the National Alliance is,’ that it should stay with the university or whatever.” It’s not clear, however, that McCorkell had any living relatives; his obituary mentioned none.

“It’s imperative to stop it,” agreed Richard Warman, a well-known civil rights lawyer who has brought 16 successful cases against hate groups and racist individuals before the Canadian Human Rights Tribunal, a judicial body. “It’s contrary to every notion of public policy, and certainly Canada’s international obligations compel the state to prohibit the funding of racist organizations.”

Hatewatch also engaged the Ottawa law firm of Nelligan O’Brien Payne LLP to look into the matter. Attorney Pam MacEachern found two cases that suggested that a bequest to a neo-Nazi organization might be halted by legal action. In one, the Supreme Court of Canada found that the courts can interfere with the disposition of property if “the safety of the state, or the economic or social well-being of the state” is at stake and “the harm to the public is substantially incontestable.” In the second, the Ontario Court of Appeal found that a bequest left to set up a scholarship trust only for “white Christians” was not legal. “The court found that in this case the trust was so at odds with today’s social values as to make its continued operation in its present form inimical to the public interest,” MacEachern concluded.

Heidi Beirich contributed to this report.