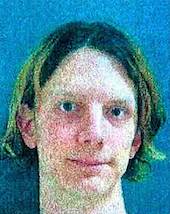 A sixth man has been identified and arrested for his alleged involvement in a May 2012 attack by anti-racist activists on a group of white supremacists and white nationalists in a restaurant in the Chicago suburb of Tinley Park.

In early January, five Indiana men, Alex Stuck, John S. Tucker and brothers Dylan, Cody and Jason Sutherlin, all members of the Hoosier Anti-Racist Movement, pleaded guilty to charges associated with the attack and received prison sentences ranging from 3 1/2 to six years. The case was detailed in the cover story of the current edition of the Intelligence Report.

Hammond’s arrest may not be the last. Surveillance video shows the attack was carried out by 18 masked assailants carrying clubs, and police appear to be actively attempting to identify and locate the dozen other suspects.

The case remains a high priority for the Tinley Park Police Department, its chief told the Chicago newspaper. He declined to say how investigators linked Hammond to the attack, which occurred on a Sunday afternoon, disrupting a graduation party and a bridal shower.

"These people came in masked with weapons and created mayhem in the place," Neubauer was quoted as telling the newspaper. "It was surreal."