Two weeks ago, Hatewatch revealed that longtime white supremacist Craig Cobb was buying up properties in the small town of Leith, N.D., in the hope of creating a white homeland. You might think that fellow white supremacists since then would jump to defend Cobb, who was actually trying to do something to create the “white living space” they are all seeking and was in the eye of a media storm.

But, true to form, what began as a discussion of the developments in Leith quickly turned into the kind of internecine catfight that characterizes so much of the American racist right. The squabble quickly developed into a major battle between White Nations, the website where Cobb had been posting regularly on his Leith project, and Vanguard News Network (VNN), a neo-Nazi Web forum.

Why all the bad blood? Well, aside from the perennial suspicions and mutual jealousies that typically plague small radical groups, White Nations is home to people who have been banned from VNN for a myriad of offenses, real and imagined. The founder of White Nations, last week exposed by Hatewatch as Stanley Edward Diggs of Houma, La., was one of those expelled. (Diggs’ White Nations site is moderated by Cynthia W. Slay of Hogansville, Ga., who posts there as “WitchesChild” and calls herself the “Heretic Admin from Hell.”)

Diggs, who calls himself “Fred O’Malley” online, created his White Nations forum after being booted from VNN for what he described as his attempt to get rid of an “SPLC mole,” a reference to the Southern Poverty Law Center that publishes this blog. Diggs writes that after VNN declined to ban the supposed spy, a “homosexual administrator” at VNN began harassing him and eventually banned him entirely. Since that time, Diggs, as O’Malley, has been posting against VNN relentlessly. 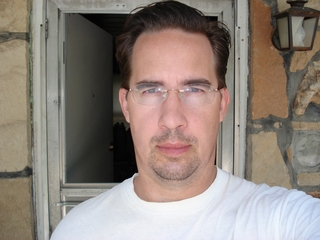 Alex Linder, the bellicose owner of VNN and hardly one to pass up on a fight, has in turn repeatedly attacked the white supremacists on White Nations, calling them a “collection of paranoids, nutbags and sex deviants.” He warned that anyone posting at White Nations “will likely be banned” from VNN.

The war between the forums grew particularly fierce this week after a VNN poster did some research on Diggs. Someone using the name “M. N. Dalvez” posted links to a Daytona Beach Morning Journal story that ran in 1985 about Diggs, then 34, titled “Rapist Gets 15 Year Prison Term.” The article reported that Diggs had been found guilty of sexual battery and burglary for forcing himself on a young woman in her own bed. “Diggs struck her on the head, knocked her down and choked her,” the article said, citing trial testimony. The story also reported that Diggs had been charged with aggravated assault earlier in Louisiana for “beating his ex-wife.” The VNN thread about Diggs’ past is labeled “‘Fred O’Malley’ is a Convicted Rapist.” Hatewatch’s calls to Diggs for comment were not returned.

That was the revelation that caused Linder to characterize White Nations as a home for “sex deviants.” But he had other reasons. One is another White Nations regular who was banned from VNN last January — Stephen Lewis Akins of Jasper, Ala. Linder kicked him off VNN after Akins, who used “Steven L. Akins” on VNN, began posting about his interest in underage girls, at one point writing “Old enough to drive, old enough to ride.” Akins also posted pornographic images of young girls — photos that were rapidly pulled down by VNN’s administrators — and referred to pedophiles as “normal members of society as they aren’t queers or race-mixers.” Akins’ comments elicited this from “Angel Ramsey” on VNN: “Why does it not surprise me that Akins would be on a pedophile thread. Rolleyes.”

That wasn’t Akins’ only problem. Last Jan. 4, he wrote on VNN about being confronted by local police after he threatened to kill his physician’s receptionist after he was denied a refill of his depression medication. “At that point I feel my right arm, which was holding a half-full can of diet Dr. Pepper, rear back and throw the can as hard as I could in the direction of Miss B----’s head, which missed and hit the back wall of the office as I yelled at her that I would come through that glass window and f------ kill her if she didn’t do something to get me my meds,” wrote Akins, who added that he was suffering from withdrawal symptoms at the time.

None of this has tempered Akins’ belligerence. Posting as “Lionel Mandrake” on White Nations, he has attacked white supremacist leaders besides those at VNN. A couple days ago, he called Don Black, a former Alabama Klan leader and the founder of the largest hate forum on the Web, Stormfront, a “Jew” and a “stooge” who supposedly set his forum up to make money and inform on his posters. This from a man who says he is a minister — Akins posted his “Credentials of Ministry” from something called the World Church League of Joelton, Tenn. 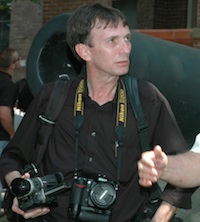 White Nations has some other interesting folks attacking VNN. Of particular note is “Aldolphus Mueller,” whose real name is John Anthony Boone of Mobile, Ala. Also banned from VNN, Boone calls the site “some sort of jewish [sic] NGO supported operation” that is “closely connected to the federal government” and claims Linder is living in Section 8 housing. This was part of a lengthy and active White Nations thread entitled “VNN Administration is cooperating with SPLC.”

Like Akins, Boone has had some interaction with law enforcement in the past. In 1996, he was involved in an altercation with University of South Alabama campus police that ended when a Mobile SWAT team raided his house and arrested him. He later filed a complaint claiming his civil rights had been violated.