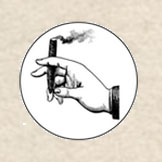 When it formed six years ago, the founders of the H.L. Mencken Club envisioned a simple forum for the “intellectual right” to be filled with “young thinkers and activists” ready to tackle the tough issues confronting the country. In reality, though, the club was a gathering place for the country’s most prominent white nationalists.

And this weekend, the Club is at it again, gathering to discuss topics ranging from the state of immigration in the United States, to the so-called war on masculinity and the traditional family.

Speakers at this year’s conference, which is being held at “a hotel near Baltimore-Washington International Airport,” according to the website, include John Derbyshire, the white nationalist fired from the National Review for writing a piece for a separate publication suggesting that white and Asian parents should warn their children that black people pose a threat to their safety. He plans to give a speech with the puzzlingly bland title, “Politics and Intelligence.” William Regnery, who founded the racist journal The Occidental Quarterly and co-founded the National Policy Institute, a white nationalist think tank, is scheduled to give a presentation titled “Thrown Off the Bus.”

Stephen Baskerville is also speaking this year. Baskerville is an associate professor of government at Patrick Henry College and a former research fellow at the Illinois-based Howard Center for Family, Religion, and Society. One of the Howard Center’s most prominent projects is its anti-LGBT World Congress of Families (WCF), which recently held a planning committee meeting in Moscow for its 2014 gathering there. The WCF has been extremely busy globalizing homophobia and supporting anti-LGBT laws abroad. Baskerville is the second person from Patrick Henry College to address the gathering. The first was Gene Veith, the college provost and literature professor who spoke in 2009.

And there are many, many more, some obscure and some from mainstream academia, including:

Hart has been a regular at biennial conferences put on by American Renaissance and has a deep involvement in white nationalist circles. But this September, he published The Newton Awards with Claire Parkinson, a NASA scientist with no history on the racist right and who has been involved for decades with the civil rights movement. The book, a benign collection of great thinkers and inventors in science and technology, was published by Washington Summit, the publishing arm of NPI. One of the back-cover blurb states that the book should be “widely read and liked by high-school and college students.”

Hart’s background in white nationalist circles was a surprise to Parkinson, as was the revelation of Washington Summit’s affiliation. When contacted by Hatewatch,  Parkinson said she was shocked, replying that, “Certainly if I had known then what I know now, I never would have agreed to write a book with Michael Hart or publish it with Washington Summit Publishers.”

Much of what The Mencken Club tries to do is legitimize racism under the glossy veneer of academia. Named after the longtime Baltimore Sun scribe, the club’s members admire European culture and the 19th century German philosopher Friedrich Neitzsche. It was Mencken’s own ideas on race that seem to be behind the name.

In 1930, as the Village Voice reported earlier this year, Mencken called Jewish people “the most unpleasant race every heard of” and he wrote of the “negro” as a “low-caste man” who will “remain inert and inefficient until fifty generations of him have lived in civilization. And even then, the superior white race will be fifty generations ahead of him.”

Beyond this annual meeting, the group appears to do little else. All the same, its relevance on the white nationalist right lies in the sum total of its members and speakers, and its continued ability to draw academics from the mainstream.