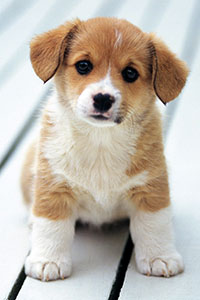 One of the distinct qualities that often qualifies organizations for designation by the SPLC as hate groups is that they specialize in spinning degrading narratives about members of their target groups. And the really vicious haters often give away their game by unleashing the most heinous accusations imaginable — especially so when those accusations turn out to be based on completely false fairy tales.

Recently, far-right Islamophobes Pamela Geller and Robert Spencer demonstrated once again why their organization, Stop Islamization of America, has earned the SPLC’s “hate group” designation for several years running: According to a story heavily promoted by their organization, heartless Islamist radicals are now lighting puppies aflame and hurling them at their enemies.

This preposterous claim originated with a dubious report from a local CBS TV station in New York that has since retracted the story and removed it from the station’s website. The story, from reporter Amy Dardashtian, claimed that two puppies up for adoption in New Jersey had been rescued from Egypt after nearly becoming the victims of the puppy bombers.

Quoting an animal rescuer from New Jersey named Robyn Urman — who was herself quoting a Facebook post from an Egyptian rescue volunteer — the story originally claimed that “members of the Muslim Brotherhood marching toward Tahrir Square to demand that ousted President Mohamed Morsi be reinstated were using puppies as gas bombs — dipping them in gasoline and lighting them on fire.”

Urman’s group posted a semi-grammatical description of the supposed puppy-bomb gang: “Ten cruel bearded men gathered more than 20 puppies and start[ed] pouring gasoline on them and throw[ing] them at the army. These flying fire balls were puppies that [were] used as weapon[s]. We only could save these three poor babies.”

Within the day, the story was removed from the CBS 2 website and replaced with an uncontroversial piece simply saying the dogs were looking for a new home. A producer at WCBS, the parent station, told Hatewatch that the story’s initial publication was an error since it had not been properly sourced and vetted, and editors at the station immediately doubted its veracity. It was taken down from the website, the producer said, very shortly after it was first published, and replaced with the current story, since the facts of the initial version did not check out.

In spite of the story’s obviously dubious nature, Geller and Spencer avidly promoted it at their websites. Geller’s post at her blog, Atlas Shrugs, was headlined “Puppy Bombs: Puppies Being Used as Living Firebombs by Muslim Brotherhood” and attacked President Obama because he “backs these savages,” adding: “But then again, he eats dog, so …” (Of course, Geller’s blog has also claimed that Obama is the “love child” of Malcolm X.) Spencer’s post at his blog Jihad Watch was about as subtle: “Egypt: Muslim Brotherhood using ‘puppy bombs’ dipped in gasoline and set on fire,” its headline read, while the text noted helpfully that “Muhammad didn’t like dogs.”

From there, the tale made its way to sites in the right-wing blogsphere like Breitbart’s “Big Peace” blog, where one Mary Chastain dutifully wrote an outraged post under the headline “’Puppy Bombs’ Rescued From Egyptian Muslim Brotherhood.”

Patrick Kingsley, the Egypt correspondent for the Guardian, told the Huffington Post UK he did not believe the reports: "I think it's really, really unlikely that Muslim Brotherhood protesters could have turned puppies into firebombs during clashes in Tahrir Square. Aside from a couple of brief instances, Brotherhood demonstrators have not been able to enter the square all summer. Most importantly, the logistics of this seem barely feasible. Gathering 20 puppies, transporting them to a protest, dousing them in petrol, and then throwing them at soldiers while being teargassed strikes me as not just impractical, but nigh-on impossible."