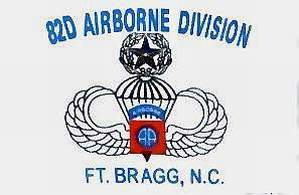 The “commander” of an antigovernment Minnesota militia — a man who was trained in intelligence gathering by the U.S. Army and currently serving in the National Guard — was arrested yesterday by the FBI on charges of stealing the classified personnel roster of 400 members of his former military unit.

Keith Michael Novak, 25, who served in Iraq with the Army’s 82nd Airborne Division before joining the Minnesota Army National Guard, stole the identity information in a scheme to fund and provide fake identities for his militia unit, according to a federal criminal complaint.

The case was the latest example of extremists in military units, a problem that the Southern Poverty Law Center (SPLC) has focused much public attention on over the years. In 2006, the SPLC’s Intelligence Report detailed a large number of extremists in the military, eventually leading to a tightening of military regulations.

In the Minnesota case, Novak told two undercover FBI agents he had the 400 encrypted identities — a “battalion’s worth of people” — for use if someone “ever wanted to disappear and become someone else,” the document says.

Novak also is believed to possess other items stolen from the military, including flak jackets, riot gear and communication equipment, the FBI complaint says.

The FBI put a hidden transmitter on Novak’s vehicle and secretly tape recorded conversations undercover agents had with him as part of the 10-month investigation, the document reveals. During one of those conversations, Novak said he was ready for a shootout with law enforcement if someone attempted to kick in his door, adding that he had thousands of rounds of ammunition and firearms hidden in caches throughout Minnesota. He was arrested without incident.

As Novak was being arrested, the FBI used its specialized Computerized Analysis Response Team to seize computers and peripherals, carrying out searches of at least three locations, including Novak’s apartment in Maplewood, Minn., a storage facility and his vehicle. Results of those searches haven’t been disclosed.

If stolen military equipment is found, Novak could face additional charges when the case is presented to a federal grand jury in Minneapolis.

Lt. Col. Kevin Olson, spokesman for the Minnesota National Guard, and Lt. Col. Virginia McCabe, spokeswoman for the 82nd Airborne Division, told The Associated Press yesterday that their respective units were cooperating with the FBI in the investigations. 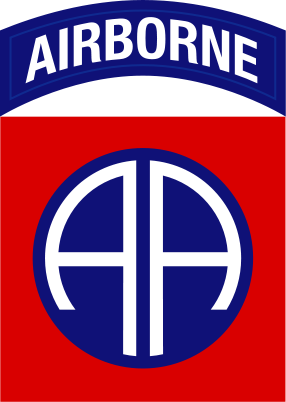 After leaving active duty, Novak joined the Minnesota Army National Guard and was given the job as a “human intelligence collector.” He was sent last January to a special three-month counter-intelligence training course at Camp Williams, Utah. “This course was conducted in several phases of instruction which included instruction of ‘Interrogation Operations of the Human Intelligence,’ ‘Military Source Operations of the Human Intelligence Collector,’ and ‘Tactical Operations,’” the affidavit says.

While attending the military training in Utah, the documents says Novak met two men claiming to be members of a Utah militia unit who actually were undercover FBI agents.

Novak described his “intelligence collection methodology” and invited the two men to Minnesota “where he would provide them training on various military intelligence-related tasks, including the creation of ‘target packages’ and the effective conduct of interrogations,” the document says.

During a second meeting with the undercover agents, Novak allegedly described how he stole classified material from Fort Bragg, N.C., when he was assigned to the 82nd Airborne Division.

The court document says the material was a “Sensitive Compartmentalized Access Roster,” or SCARS, which included what the Army describes as “personally identifiable information,” such as full names, dates of birth, places of birth, Social Security numbers, military ranks, security clearance levels and types of clearance investigation.

It’s not clear from the document whether or not the FBI has notified the individuals whose identities were stolen.

As part of the FBI’s investigation, a court-authorized tracking device was placed on Novak’s vehicle on May 13 and the undercover agents wore hidden body recorders when they traveled to Minnesota for meetings with him in July.

The charging document describes Novak as “a member of a Minnesota militia organization where he is the self-described commander. This is not a military unit of the United States, the State of Minnesota or any other government entity,” the document says. But it doesn’t further identify the militia group.

During the July meeting, Novak instructed one of the undercover agents to buy a high-resolution digital camera to copy classified information which was then transferred to a computer and two electronic storage devices, using encrypted files. The plan was to have the undercover agents manufacture false identifications for Novak to provide to at least 10 members of his militia unit.

On Sept. 28, five days after Novak transmitted seven identities, the two undercover agents attended a “military-style field training exercise” with him “in rural Minnesota.” The following month, the document says, Novak offered to sell additional identities as a way of making money to fund his militia unit.

On Nov. 25, at his apartment, Novak accepted $2,000 from the two undercover agents for the identities of 44 individuals he’d provided them three weeks earlier. He “described having destroyed the physical copies of the SCARS document, but saved a digital version “in a really good spot that can never be found.”