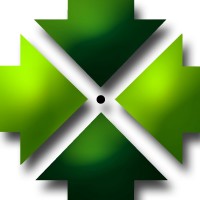 Immigration reform and the browning of America are going to turn the land of the free and the home of the brave into a one-party state like the Institutional Revolutionary Party (PRI) in Mexico.

Further, immigration reform – including a path to citizenship and keeping families together – will flat out destroy the Republican Party and pull the political center to the left.

In other words, it will be a “disaster.”

At least that’s the hysterical prediction of Stephen Steinlight, senior policy analyst for the Center for Immigration Studies (CIS), the usually wonky think tank of the anti-immigration movement.

According to Right Wing Watch, Steinlight made his dire predications in a recent pair of interviews with a Washington Times blogger.

In the past, the CIS, an arm of the Tanton network of anti-immigrant groups, has typically refrained from denigrating or demonizing Hispanics in the same manner as its sister group, the Federation for American Immigration Reform. Instead, it has relied heavily on studies, often faulty, that purport to show the economic and social dangers of immigration.

“We can expect disaster,” Steinlight said when asked what America should expect for the future in the event of “illegal alien amnesty.”

“In sum,” Steinlight continued, “we’ll witness the unmaking of America. It would subvert our political life by destroying the Republican Party. The Hispanic will make the Democratic Party the PRI of America. A GOP relic might survive regionally, but could never successfully contest a national election.”

“America would turn into a One Party State which, like all others, would be tyrannical and corrupt,” he added. “The political center would lurch to the left. Political liberty, the freedom to choose among authentically different alternatives, would be lost.”

One reason the GOP will be left out in the political cold, according to Steinlight in a separate interview with the blogger, is that Hispanics lack strong family values and have too many babies out of wedlock.

“Illegitimacy,” he said, “is inimical to ‘family values,’ yet Hispanics have a high rate and have witnessed the greatest increase of any group: 19 percent in 1980 to 42 percent in 2003. More female-headed, single-parent households deepens Hispanic poverty, resulting in anti-social behavior such as teenage child-bearing, the highest school dropout rate, and high crime and incarceration rates.

“Nor do Hispanics hold conservative views.”

He said a 2012 Pew poll found that Hispanics support same-sex marriage more than other Americans and that “Hispanics look more positively on government than non-Latino whites or African Americans.”

Who knew that supporting the government of the United States was so un-American.