National Alliance (NA) Chairman Erich Gliebe has shut down his neo-Nazi group's websites, ended recruiting of members, and moved to liquidate many of the embattled NA's remaining assets, including 289 acres of its West Virginia headquarters compound, where founder William Pierce was buried almost a dozen years ago. 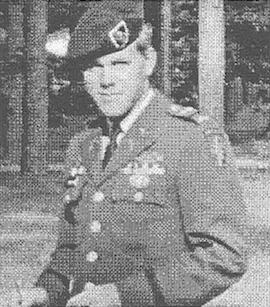 The men recently announced plans to rebuild the NA using a barn on Williams' remote property in Mountain City, Tenn., as a base of operations.

The announcement comes at a time when Gliebe’s failed leadership seems to be driving the remnants of the NA into oblivion. But Williams, an outspoken and self-described "biological racist," remains one of the most respected former NA officials in the history of the group, and he has high hopes of bringing it back. Williams has a reputation for being a fearless close quarters brawler on racist forums and an absolutist when it comes to Pierce's unique brand of National Socialism. He also is known as someone ready and able to attack enemies both outside and inside the racist movement. 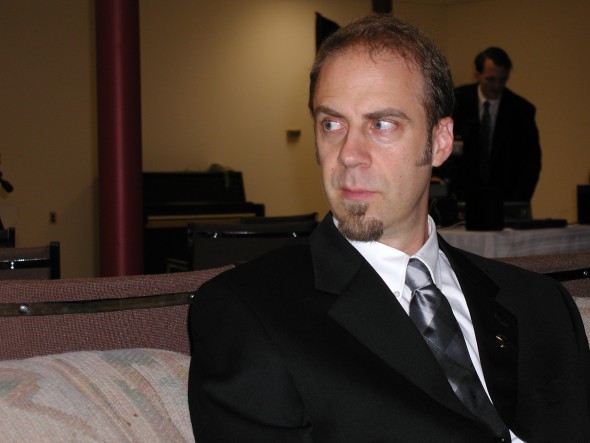 And among those enemies he surely counts his former leader, Gliebe.

"What has Gliebe won, exactly?" Williams wrote recently on Stormfront, the world's largest white supremacist Web forum, in a scathing review of Gliebe's record since the death of Pierce. "The privilege of having to look over his shoulder the rest of his life, waiting for retribution for having hijacked the Alliance and driven it into the ground? Some winner. He actually believes he can convert Alliance assets for his own personal use with impunity. That's treason in the eyes of many.”

Despite those words, Williams doesn't seem to particularly want the NA's West Virginia property, which remains under Gliebe's control, and he has not tried to take other remaining assets of Pierce’s estate. He appears to be intent on simply reforming the group elsewhere from the ranks of the hundreds of disillusioned members who have resigned in recent years. 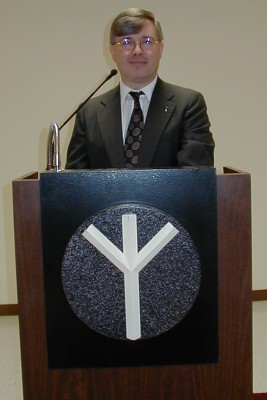 There has been pushback from some on the radical right, mostly based on Strom's 2008 conviction for possession of child pornography, a charge which brought him a 23-month sentence in federal prison. Nevertheless, Williams appears to be committed to defending Strom online, even to the point of appearing to threaten legal action against anyone who suggests that Strom is a pedophile. Williams did not return telephone messages left by Hatewatch on Monday.

"Kevin was framed; he didn't do 'it,' and [he only] did what he had to do [pleading guilty] to be with his children when faced with a trumped up 10-year prison sentence and possible $250,000 fine,” Williams wrote in one online posting. “He has returned to fight another day and I will defend him from all comers, ‘friend’ and foe alike."

Much of the recent criticism of Strom has come from the National Alliance Reform and Reformation Group (NARRG,) based in Sacramento, Calif. The NARRG — led by another respected former NA regional leader, Jim Ring — has also sought to resuscitate the group that once had some 1,400 members but today probably counts fewer than 100.

In a post on the NARRG website entitled "A Perverted False Prophet Returns," Ring didn't hold back. "It’s bad enough our National Alliance has had to suffer years of Erich Gliebe but now with the entrance of interloper Strom, it would be like going from the frying pan to the fire. As we continue to fight the dishonest and corrupt leader Erich Gliebe and his so-called board of director cronies, you can be certain that we will vigorously do likewise with the pedophile Kevin Strom."

Williams replied on Stormfront, "You'd be wise to disabuse your NARRG boys of their spurious smears and have them cease and desist forthwith their claiming Kevin is a pedophile."

Since emerging from prison, Strom has crafted an alternative reality in which he was the victim of a vindictive spouse and an overreaching federal government that fabricated the allegations against him. And a handful of influential neo-Nazis seem to have been convinced. Former NA member Todd Vanbiber, who went to prison after a series of pipe bombs he was building exploded in his face in 1997, suggested as much in comments about Strom's case posted under the name "Todd in FL" this week. Vanbiber claimed the charges against Strom were "thrown out" and that it was his wife who loaded the child porn images found on Strom’s computer.

Another ardent Strom supporter over the past few years has been Aaron Sheils of North Vancouver, Canada. Sheils, who did not return Hatewatch requests for comment, is a former member of both the NA and National Vanguard, a group that Strom formed after being tossed out of the NA, where he had long been chief editor, in 2005. Known for promoting neo-Nazi and former Klan leader David Duke while posting as "British74" on Stormfront, Shiels also regularly promotes his 132-page E-book, "The Zionist Attack on White Civilization," as a downloadable document. In that book, Shiels writes: "Jews are hated because of their wicked immoral practices of their religious Satanic book called The Talmud. Jews are hated because they have been caught Ritually Sacrificing and Murdering White children in occult religious practices. Jews are hated because they are importing the criminal third world into productive White nations. ... Jews are hated because they are a plague upon humanity." Such statements could well be violation of Canada's strict laws against inciting racial hatred.

Williams and others can claim Strom was "framed" and allege he was "set-up" by his estranged wife, or even that the charges were "thrown out," but the record does not support those assertions.

Strom was first arrested in January 2007. He had come to the attention of police after the mother of an 11-year-old girl filed a criminal complaint with Virginia authorities because the child began receiving gifts from an anonymous man, later determined to be Strom. Almost a year later, in October 2006, the FBI searched Strom's home and computer and found more than 100 photographs of the 11-year-old child, including images of her in a bathing suit. Agents also recovered a song Strom had written to the fifth-grader, to be sung to tune of "Here We Come a Wassailing" and including the lyrics,"Once I met a pretty girl, her name was [NAME OF 12-YEAR-OLD] ... I will be showered with the kisses of [NAME] and we'll be married."

The case was ultimately split into two trials. While the case for possessing child pornography was deferred, prosecutors went ahead first with charges that Strom had attempted to entice the girl to have sex and also that he had tried to intimidate a witness, his ex-wife, by repeatedly filing legal complaints against her. But that October 2007 trial unraveled when U.S. District Judge Norman Moon ruled that Strom had not actually tried to have sex with the girl, and that his legal complaints did not amount to witness intimidation. Moon did, however, state in the court record that Strom was clearly "obsessed" with the child and that there was "overwhelming evidence he was sexually drawn to this child."

In the second case, Strom ultimately pleaded guilty to possession of child pornography. Among the images found on his computers, according to the indictment, were files named "teen rape," "Lolita Dreams," "Wings," and "Eternal Nymphets Natural Gold."With time served while awaiting trial, Strom was able to leave prison in September 2008. Today, he lives in in Johnstown, Penn.

In a Phora post last week, Williams said he was the person who introduced Strom to his latest girlfriend. "I talked to Kevin earlier today and to his girlfriend that I introduced him to," Williams wrote. "She's a lot younger than he, so, yes, he is attracted to younger females. Good for him. So am I. My wife is 24 years younger. Kevin's teen-aged daughter lives with him, too. You think she's not safe around her daddy? Kevin is no threat to anyone but the GD [goddamned] Jew, who he will continue to expose despite having his life turned upside down by JOG [neo-Nazi shorthand for "Jewish Occupation Government"]. Bowed but not broken!"