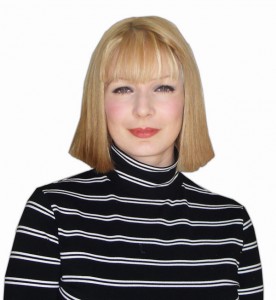 Dr. William L. Pierce was perhaps the most prolific and successful white supremacist leader of the late 20th century. Among racists, he was viewed as a brilliant intellectual. They say he gave up his family and the comfortable life of a tenured university professorship to save his race from extinction.

At the time of Pierce’s unexpected death from cancer in July 2002, his 1,700-member organization supported a multi-media empire, producing magazines, novels, newsletters, videos and rock music albums advocating a violent strain of white separatism that put the supremacy of the Aryan race above religion, politics or personality.

Today, almost a dozen years after his death, the Pierce legacy continues.  Hundreds of Youtube videos replay his speeches. Dedicated blogs and countless discussion forum threads continue to celebrate the life of the former physics professor who racists believe gave everything to save his race.

Or maybe the guy was just trying to get a girlfriend.

Recent revelations from the current NA chairman, Erich Gliebe, and his former wife paint a more deviant portrait of William Pierce as a sex-starved, manipulative sociopath. Pierce, they say, ran naked around his compound, was obsessed with pornography (an industry he routinely blamed Jews for creating) and used his membership list as a dating service, trolling for twenty-something females foolish enough to apply for a “staff position” at the NA headquarters in rural West Virginia.

In a 3,800 word essay published online and on Facebook, Gliebe’s ex-wife, Erika, alleged Pierce once tricked a young woman into a sexual relationship with him on the false promise of having a family with her. The woman eventually learned Pierce had a vasectomy more than 30 years prior.

To a handful of insiders in the racist movement, this is old news. Erich Gliebe is known to have privately made most of the disclosures found in his ex-wife’s essay for years. And many of the charges seem to have been previously substantiated.

One of the women allegedly lured into a sexual relationship with Pierce, Suzanne Flynn, outlined Pierce’s betrayal in a post on the Instauration Yahoo Group message forum in February 2003. “I had been involved with Bill [William Pierce] for almost a year before I started worrying about why I wasn’t getting pregnant, whereupon he revealed that he had had a vasectomy over 30 years ago, right after his twin sons were born,” Flynn wrote.

Pierce, at the time of his relationship with Flynn, was still married to his fifth wife, Sevdi, who lived with him in a trailer on the NA property. Flynn was ostensibly hired as Pierce’s “assistant.” The two of them took up residence in a small cabin down the road from the NA compound. “He brought me to live with him in our own house in West Virginia while his last wife was leaving him,” Flynn wrote.

In the same post, Flynn threatened to release pornographic images and videos of her and William Pierce if Erich Gliebe did not return her vehicle and other property she left at the NA compound. “If [Gliebe] would return my car and my stuff to me, then I would happily not publish anything detrimental to the NA, i.e. nude interactive pictures, videos, etc., on my website, “http://www.nsrus.com,” Flynn wrote.

An audio file of the phone recording and a partial transcript of the conversation between Strom and Gliebe were published online in 2009:

Gliebe: I mean, Dr. Pierce used to walk around the property naked.

Strom: I didn’t know that.

Gliebe: Uhhh, his, his computers were loaded with porn.Strom: Hmm. Didn’t know that.

Gliebe: Yes, Yes. I brought a, I brought a uh nice girl with me to the national office one time. Her and I had dinner with Sevdi and Dr. Pierce and he was talking about he liked uh, you know, nude, nude movies, you know, adult movies.

At the twenty-one minute mark, the topic came up again:

Gliebe: And uh, I, you know, I was shocked. I never knew that, you know. And I had to tell this girl that ‘Oh, Dr. Pierce was just kidding,’ when in reality, he wasn’t, you know.

And again a few seconds later:

And again another few seconds later:

Gliebe: Uh, you know, uh I, that’s why I was trying to get those videos from Suzanne Flynn.

Though most of the allegations in Erika Gliebe’s recent essay posted on One People’s Project have been made before, former NA members have expressed outrage over the latest posting and many accuse Erich Gliebe of directing and encouraging his ex-wife to produce the essay. They claim Gliebe is the source for most, if not all, of the content in the article. They point out his former wife was not involved with the NA until 2004, two years after Pierce’s death.

Gliebe recently disbanded the NA as a membership organization and has been quietly selling off Pierce’s personal effects. With no member dues and flat sales of racist merchandise, the NA chairman evidently needs money. Gliebe’s home in North Royalton, Ohio, went in to foreclosure several months ago and he has a judgment against him for back taxes, according to Cuyahoga County, Ohio, court records. 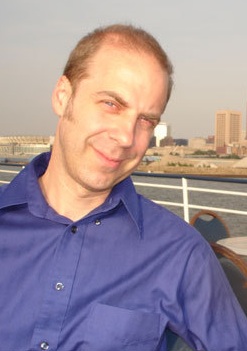 Gliebe is currently attempting to sell Pierce's 10,000 volume personal library and most of the remaining NA merchandise and real estate. Critics suggest he likely feels it would be useful to expose William Pierce as a sexual deviant to deflect a pending court challenge from former NA members and further demoralize the “Pierce cultists,” as Gliebe called them in a recent NA Bulletin.

The latest post attacking Pierce also matches a decades-long pattern with the embattled NA chairman. Historically, Gliebe has generally attacked people online through proxies. He has a long history of convincing women to conduct poison pen, phone and Internet propaganda campaigns on his behalf.

And once again, the woman Gliebe has evidently manipulated into attacking Pierce online is the one taking most of the heat. In a thread on Stormfront, former NA member, Lycia Musgrave, suggested the former Mrs. Gliebe has been working for “the feds” all along: “Erica was a pole/lap dancing stripper at some club in Atlanta ...where she catered to negro athletes. She and several other girls along with athletes were busted on federal charges (I believe relating to drug trafficking and prostitution). She suddenly appears in Erich’s life and the NA goes to Hel [sic] in a hand basket.” Musgrave added, “Speculation is that she cut a deal with the feds to help bring down the NA.”

Erika Gliebe’s essay also generated suspicion from former NA members because there was no criticism of Erich Gliebe in the post. This was not always the case. A few years ago, Erika Gliebe created a Website titled, imarriedafreak.com, with a number of disturbing disclosures about the odd sexual behavior she witnessed from her former husband.

In one post, titled “Erich’s Bizarre Views and Sexual Behavior,” Erika Gliebe claimed her husband was involved with a married NA member who used to dress up in Catholic schoolgirl uniforms while they gave each other enemas. She also alleged Gliebe enjoyed watching the gay rape scenes in his extensive videotape collection of the HBO series “Oz.”

Among the more disturbing disclosures, Erika Gliebe alleged that Erich admitted to her that he was once investigated for the alleged molestation of a 5-year-old girl. “But, what has to be the strangest, most freakish behavior of Erich Gliebe has to be his relationship with his ex-girlfriend’s young daughter. At one point in his weirdo life, Erich was living with his ex-girlfriend’s 5 year old daughter when her mother lived on the other side of Cleveland!,” she wrote. The post continues: “Erich told me when he first met me that my hair reminds him of his ex-girlfriend’s young daughter’s hair. I later saw a picture of her and was blown away. He had a very bizarre relationship with this little girl. He had pictures of her all throughout his house, as well as his mother’s house.”

Mrs. Gliebe claimed that Erich bragged to her that he manipulated the alleged victim’s mother to protect him from investigators: “Erich was investigated for child molestation by the state of Ohio prior to me meeting him which he tries desperately to keep secret. He told me that they came to his house to ask the daughter questions whether or not he touches her in certain places. Erich brags about how he explained to his ex-girlfriend that the Feds were the ones doing this to him to get him put away in prison simply because of his views and that he had gotten her to stick up for him during the investigation.”

Again, most of the Erika Gliebe’s allegations against her husband have been a barely-kept secret in the racist movement for years. Her assertion that Gliebe was investigated for child molestation was confirmed a decade ago by former NA board member, Fred Streed, in a series of posts on VNN Forum: “I think the FACT that Gliebe was investigated for possible sexual molestation of a very young (around 6 or 7) girl is very relevant.”

More than a decade after the death of William Pierce, the sordid details of his private life and of the lives of his senior leadership cadre continue to cast an ugly shadow on what was once America’s premier hate group.

Despite numerous cases of deviant or criminal sexual misconduct associated with the NA, however, most in the racist movement will likely continue to support the “legacy of William Pierce.” Indeed, in the online neo-Nazi echo chamber this may all sound somehow reasonable.

Convicted pedophile, Kevin Strom, for example, a close Pierce associate for decades, recently reemerged as “media director” of a new NA faction organized by Will Williams, another Pierce acolyte.

For the most part, the racist movement seems to accept this development. Recent threads on Stormfront critical of having Strom, a registered sex offender, placed in charge of the Alliance message have been quietly deleted.